Sally was a high-flying senior executive. For years, her company relied on her to make decisions and solve deep problems. She was the company hero.  Then one day, her cherished lieutenant, Joe, announced he was leaving the company. Not only did she lose a great confidant, but all Joe’s staff now reported to Sally.

For a while, Sally coped, but it grew harder for her to make decisions. The stress of more staff reporting to her didn’t help, and even simple decisions became challenging. Her people were no longer holding her in high esteem. She was cognitively paralyzed. The tipping point for Sally was the meeting when everyone attending expected her to decide whether the company should invest into, or divest from, one of its business sectors.

Everyone was looking at Sally when suddenly she erupted and threw insult after insult at one of the more junior members of the team who completely crumpled, weakly concurring with Sally that he hadn’t given her the information she needed to make the decision.

Everyone sided with Sally; they didn’t want to feel the force of her anger. It was in that moment of the sanctioning of her bad behaviour that Sally became a bully. From then on, whenever she was in a tight spot, Sally knew she could resort to anger and intimidation. Sally stopped leading and managing her team, and ‘coped’ by using this new-found, but ultimately destructive, habit of bullying.  The staff fell into two camps. Those who hated and avoided her for fear of being bullied, and those who sucked up to her and ingratiated themselves, knowing that being on her side was a way to avoid her anger. Underneath it all, Sally hated the person she had become. Her former confidant, Joe, heard about the situation through the grapevine and arranged to meet Sally. He told her she was clearly suffering and advised her to find a new mentor.

Sally found herself a mentor, to replace Joe. She delegated more of her decision making and she worked with her personal assistant (PA) to ensure that every meeting she attended was crucial; Sally had to justify to her PA why she must attend these meetings, otherwise the PA found someone to take her place. Sally stopped using electronic devices after 8pm every evening and not at all on Sundays. She ensured she got more sleep and reduced her stress. She also had her cognitive health assessed, as Joe recommended. The results were insightful.

The assessment showed that Sally’s working memory had been shot to pieces. Working memory is the cognitive domain that enables us to make decisions and solve problems. It’s where we hold a vital piece of information in our short-term memory, embark on analysis within our cortex, using additional data, and then revert to the original thought. We go through this process to a make a decision or solve a problem. Sally used to be good at this, but losing Joe, acquiring more staff , and being stressed, reduced her cognitive abilities and she entered a downward spiral that decimated her working memory.

Now that the cause of her problem had been identified, she was able to do more about it. She undertook personalized training that came with the assessment. It trained all five of her core
cognitive domains, but, being personalized, it was more intense on her working memory, since this was her weakest domain.

The training adapted and challenged her as she grew stronger. Sally asked her staff to have their cognitive health assessed, too. She allowed team members to keep their scores confidential, but they could share the domains where they were strong and not so strong, and this allowed them to consider and act on their strengths and weaknesses. Her staff appreciated this and grew
in confidence, delighted to see the old Sally returning. In time, she again became the ‘hero’ within her company, and she, her staff members and her organization, were all the better for it.

Sally was lucky. Someone had the courage to tell her to get help. Not all bullies deserve our sympathy, but if you know someone who has changed character and bullies where once they led, the chances are their working memory is shot to pieces, just as Sally’s was. Don’t hesitate to help them. Inside they are feeling pain for what they have become.

The bully versus the wallflower

In Sally’s case her coping mechanism was bullying, a result of her working memory failing. However, others with the same working memory problem might become socially withdrawn instead.  This means they avoid the spotlight, the meetings and places where decisions are made. They no longer put themselves forward for extra responsibilities. They become a shadow of their former selves.  They, too, are in pain and need help.

Working memory is one of five key cognitive health domains that enable us to perform in our work and businesses, and in our lives. When it goes wrong, we resort to coping, instead of leading or managing.

The trouble with mindfulness

Many people today are looking at other ways to understand their thinking and have used techniques such as mindfulness. Mindfulness can be very powerful. Through meditation you bring your mind and senses to consider your current situation; you bring yourself to ‘now’. The mindfulness technique is particularly effective if you are continually ruminating on past, awful episodes in your life, or if you are continually catastrophizing about potential malicious things in the future that may never happen.

Mindfulness brings your mind to the present and effectively says “here and now you are in a good situation, so stop worrying about the past and future”. The technique works for millions of mindfulness practitioners. But be careful, there may be a price to pay to being in the ‘now’.

Episodic memory is your ability to recall specific events, their outcomes, and the associated people and places. It is your wisdom and increases as you go around the block a few times, building your experience reservoir as you go. With a strong episodic memory, you find you accumulate this wisdom quicker than your peers. You are the chief of staff , ‘the curator’ of your company’s values and knowledge. 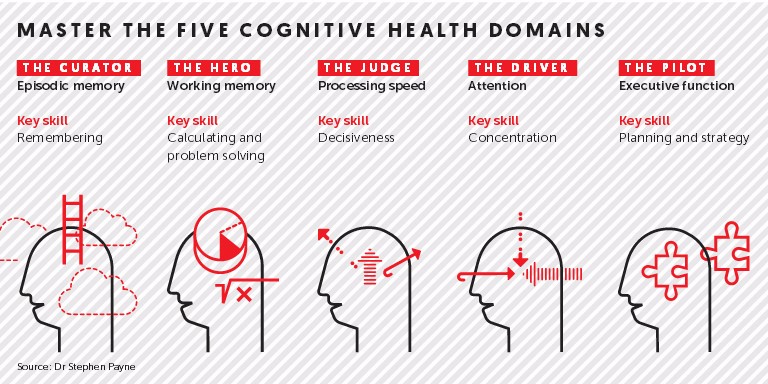 With an effective executive function, you are ‘the pilot’, the visionary and strategist within your organization. Executive function is your ability to plan and organize, to think out of the box, attempt new tasks and be creative. It is also your ability to inhibit actions because you are able to consider the consequences of them on yourself and others.

But, by blocking your rumination and catastrophizing, you may also block some of the wisdom and creativity in your cognitive skill set. Mindfulness may still bring you many benefits, but you should use it knowing there could be an opportunity cost. Where the benefits outweigh the costs, mindfulness is powerful and many of us have used it to lessen the impact of poor cognitive health.

But how much of a cost is it, particularly to our episodic memory and executive function? To answer this, you want to be able to say, “I can know myself better”. The starting point for knowing yourself is to understand fully your core cognitive health strengths and weaknesses. We have already discussed working memory, episodic memory and executive function. To complete the five key cognitive domains, we must also consider attention and processing speed.

Attention allows you to focus on the important tasks in your company. Your ability to apply this level of focus means you have a reputation among your peers for not getting distracted when there is an immediate task at hand. You are the resource for the most demanding and challenging projects. On occasion, you decide to devote your attention to a task and block out all forms of distraction. There are also times when you allow others to capture your attention, when you are in ‘listening mode’, a critical skill in leadership. This allows you to switch from being ‘the driver’ (devoting your attention, driving at results) to the ‘air traffic controller’ (allowing your attention to be captured to see the broad picture, preventing business collisions).

Processing speed allows you to respond with speed and accuracy, with smoothness and coordination. You know when to emphasize speed over accuracy. Where time is precious, you can make the most of a ‘quick and dirty’ solution. You are out in front, frequently the first to make a comment, have a plan, and are able to assess the circumstances for a quick resolution or direction. You are decisive and you are ‘the judge’ within your company.

There cannot be a better way to know yourself than knowing the strength of your cognitive health across the five domains; this knowledge will improve your leadership and management. You will know where your strengths lie, when and where to apply them. Equally, you know where you are weaker, where to delegate and encourage others to take the lead. You can see the gaps in your organization and fill them. Online tools can assess your cognitive health in less than 15 minutes. This is a gift every executive should give to themself. 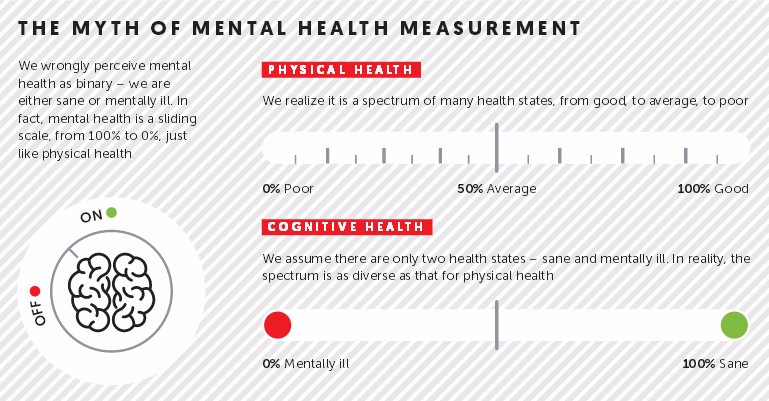 Keiron Sparrowhawk is founder and chief executive of MyCognition