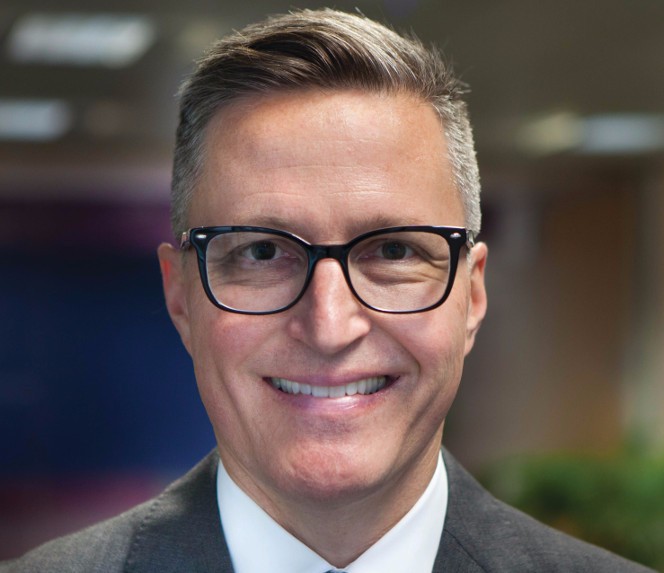 When Michael Chavez was working with industry, he noticed that something didn’t add up. Thousands of strategies carefully devised by management consultants weren’t being realized, chiefly because they lacked accompanying prospectuses for their delivery. “I’ve always been very interested in execution,” he says. “For me, it’s impossible to separate execution from strategy.”

Chavez was prepared to break the mould to change the game. When working for one of the largest textile and chemical conglomerate companies in Mexico, he called a highly unorthodox meeting with the client. Chavez challenged the client to try to articulate how the leadership team was going to embrace and lead the strategy: “I got this look from the client, like, ‘you’re supposed to tell us the answers’, while the lead partner from my firm was kicking me under the table, wondering what the heck I was doing. So I said these exact words: ‘For 20 minutes just do this for me.’

“And, you know what, it ended up being a really interesting session, because it helped the client become clear what their capabilities were to execute the strategy, and they realized that they didn’t have them. As a result, the project morphed into our helping them launch and run a joint venture. It was much more effective, much more relevant, much more about execution – and much more about the need for their full leadership team’s engagement.”

That was in the early 1990s, when Chavez says, “it had already become  a cliché that consultants often gave  you strategies but didn’t care  about execution”.

“I was aware of that,” he adds, “and it bugged me. I realized that strategy without leadership was just an idea that never comes to fruition. And leadership without strategy isn’t all that great either, because you have no direction. In that conference room in Mexico it was an ‘aha moment’: you can’t separate the social part of the leadership from the analytical part of the strategy.”

Decades later, after a great career in consultancy, which included spells at internationally renowned brands like Coca-Cola and the Los Angeles Times, Chavez brought his passion for aligning strategy and execution to executive education at Duke Corporate Education. After almost ten years with the organization, he was promoted to the very top, taking the reins as its chief executive on 1 July.

As chief executive, he aims to continue the impressive work of outgoing premier Mike Canning, who has kept Duke CE as a clear leader in corporate education: ranked consistently in the top three for 16 years. Central to both Chavez’s and Canning’s strategy is that Duke CE must facilitate for the future – creating leadership excellence for what is yet to come. While no-one knows precisely what’s next, there is one thing of which most analysts are sure. Hierarchies, as we once knew them, are dead.

The breakdown in pyramids means what Chavez deems ‘positional leadership’ – leading those who directly report to you – is fit only for an age gone by. “If you look at your leadership energy like an iPhone battery, what proportion of that battery each day is taken up by leading people over whom you have no formal authority?” asks Chavez. “Senior leaders I speak to usually say well over 70%. Positional leadership works brilliantly inside a silo. But the nature of work has changed. Instead of being vertical it’s now incredibly networked, and that’s part and parcel of how leadership and strategy is combined – or ought to be.”

With people now asked to lead suppliers, clients, their peers – even their bosses – as well as their reports, Chavez’s one-stop-shop brand of holistic, modern leadership – combined with a deep understanding of networks – is a perfect fit for Duke CE. “The companies that think of strategy and leadership as separate concepts tend also to be the same companies that think of strategy and execution as separate concepts,” says Chavez, “and we know where that leads. It leads nowhere.”

Duke CE is – and will be – the place to come for companies that want to break out of the old strictures and prepare their teams with the tools to lead their companies to success in the 21st century.
“The traditional tools – plans and spreadsheets – are now just a given,” says Chavez. “The new tools are purpose, values and vision. Strategy, I think, is somewhere in the middle.”