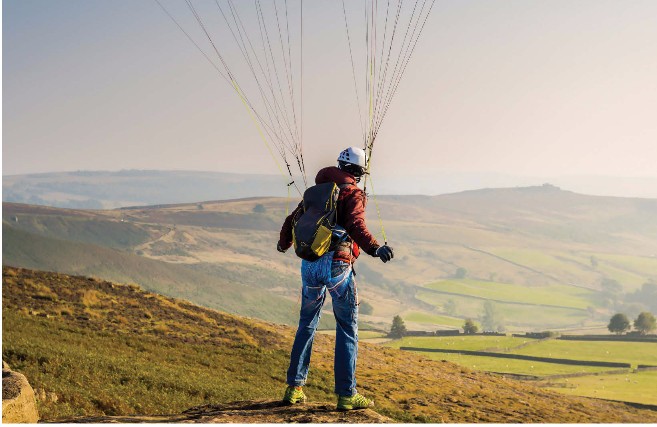 Charles Handy’s new book is a brilliant critique of corporate and professional inertia, warning that the choice for companies is to change fundamentally or decay rapidly, writes Ben Walker

There is a hill in Derbyshire, England, called Thorpe Cloud. It’s a pretty sort of place, next to the babbling River Dove, deep in the Dales. It’s hardly a king among mountains, rising to just 942 ft. But it’s shaped beautifully, like a child might draw a hill. You exert yourself for the climb, then ease your legs as you roll over the summit. It’s pretty easy walking coming down.

If a second-curve thinker were climbing Thorpe Cloud, he might advocate paragliding away before he got to the easy part.  There’s little point hiking beyond the peak, because, after that, the only way is down. If you accept the central premise of The Second Curve, that the lives of everything – jobs, organizations, even governments – are essentially shaped like Thorpe Cloud, you must also accept the premise that there are points when you have to abandon a good gig even if it would be easier, less stressful, and possibly more lucrative, to stay. The trick in life, says the book, is to avoid the descents. On the way down, life might require less exertion, but it is fundamentally less fulfilling.

The author, management guru Charles Handy, thinks he must have made a terrible husband, because as soon as he got to grips with jobs – even whole careers – he leapt off the hill towards new adventures.

Having met Handy, I can’t imagine that he ever quite fell into the ‘poor husband’ category. But there’s a poignant part of the book that suggests the normal lifetime of a marriage is only about 15 years, and that those marriages that do endure and thrive, like his own, are because the couple within them have found their own second curve. The Handys’ new phase came when Handy’s wife Elizabeth became his manager, breaking the rule about mixing work and pleasure, and flourishing as a result.

I came away from the book thinking Handy’s second-curve thesis is largely right, as challenging as his message might be. Certainly, his examples from the world of commerce ring true companies cannot merrily stump along doing much the same forever and expecting to grow at the same rate until Kingdom Come. Everything has a lifespan. The choice for most companies is to change fundamentally, or rapidly decay.

In his chapter on the dilemmas of economic growth, Handy tells a wonderful story of an exchange he shared years ago with an IBM executive.  The IBM man showed him a graph of the company’s projected sales growth, set against the forecast GDP for the US. At one point on the graph, IBM’s projected global sales surpassed the GDP of the world’s richest nation. Handy told the IBM executive that his company’s projection – that it would one day be bigger than the economy in which it was born – was absurd. The man replied that at IBM’s then rate of growth, it was perfectly feasible. Handy concludes that eternal growth is a fantasy, even if it is a concept entertained by all too many senior executives.

That said, Handy is no hippie. He rejects the hair-shirt idea, becoming popular in some circles, that somehow economic growth is bad for us. He asks what we would prefer instead, referencing the brutish ten centuries during which the economy barely grew, and pointing out that when economies fail to develop, competition for resources greatens and avarice grows. Growth presents awkward challenges, he says, but it’s better than the alternative.

Nevertheless, Handy wants markets to work for people. He is an individualist, preferring the goals of humans to those of corporations. He isn’t a fan of Britain’s privatization of public services, which, he says, just created a raft of privatized monopolies. And he devotes most of a chapter to the imperfection of markets. Yet where markets do work, he remains strangely cool on them.

He cites the example of his wife’s brass rubbings, which she shipped to the US to sell. Customers in the US, considering the British rubbings to be a luxury good, were prepared to pay ten times her costs, but Handy was so horrified by the potential profiteering he asked his wife to set a much lower price. There seemed to be no good reason for this other than Handy’s personal morals – in this case, the market was doing a good job setting a price for a scarce resource, while rewarding his wife for her artistic innovation. Handy experienced a similar dilemma himself when he found that the market was prepared to pay very high fees for his speeches; in fact, the high price itself lent him prestige. I wondered why he felt he ought not earn those fees if people were prepared to pay them. Here, Handy allows his own discomfort about making too much money, perhaps born of his upbringing as a parson’s son, to stand in the way of an otherwise sharp essay on the strengths and weaknesses of markets.

Still, this is an isolated criticism if it is a criticism at all. Handy manages to entertain even when you think him wrong, and I tore through this book in just a couple of sittings. Its central thesis is compelling and scalable – Handy applies second-curve thinking in colourful ways to everything from democracy to education to citizenship and social justice.

With the book bereft of an index, which the publisher irritatingly fails to provide, I found myself flicking back to reread many of the illuminating examples Handy cites from his long and illustrious career. It is wonderful that, at the age of 83, he has been able to make sense of his experiences in such a useful way. I felt privileged to be able to share such wisdom.

Ben Walker is editor of Dialogue