Time was when Chinese entrepreneurs had to hide under a red hat. The metaphorical headwear shrouded their capitalistic ambition. Typically, aspiring businesspeople paid a fee to be part of an existing collective enterprise, on the nod of local government officials, to gain legitimacy.

How things have changed. Now entrepreneurs are widely admired and are the role model of many aspiring young people. The sea change of attitudes came in the late 1970s, thanks to Deng Xiaoping’s drive to reform and open up the country to the outside world. Today, each year around 17% of the working-age population is engaged in new business creation. In 2016, entrepreneurs created 5.5 million new firms. Internationally, Chinese entrepreneurs have left their mark, firstly through their made-in-China exports, and lately through their shopping spree in cross-border merger and acquisition deals.

Increasingly, they have also made their voice heard. At this year’s World Economic Forum, two of the best-known Chinese entrepreneurs, Alibaba’s Jack Ma and Wanda’s Wang Jianlin, were in Davos to speak about leadership and the future of the world economy. Having Chinese business leaders at the forefront of the global stage is now normal. The sheer rapidity of their rise is astounding.

The past three decades has seen the emergence of four generations of Chinese entrepreneurs who have become the driving force of China’s economic growth. Each generation has marked differences in their background, and rightly reflects the economic and social changes in China.

The first generation (from the late-1970s to mid-1980s) were mainly rural entrepreneurs who acted as the agents of local governments, genuinely or in disguise, to start and run township and village enterprises (TVEs). Two reforms then made their endeavours possible. The first was the allocation of collective farmland to each rural household, with the delegated decision-making power under the scheme of household responsibility systems, allowing farmers to sell surplus produce in markets and to use the proceeds to set up non-agricultural businesses. The second was the fiscal decentralization that motivated local governments to support TVEs as a vehicle for new revenue generation in order to balance the books. Enterprising farmers, many of them officials of townships and villages, quickly seized upon the opportunity and set up TVEs to target market gaps unplugged by incompetent and inefficient state-owned enterprises (SOEs).

Reforms in the mid-1980s in China shifted focus from rural to urban areas, with the emphasis on revitalizing SOEs. This opened the floodgates for a new group of people who quit comfortable jobs in governments or SOEs to taste freedom and become their own boss. Among them were such legendary entrepreneurs as Liu Chuanzhi, who started Lenovo in 1984, Ren Zhengfei of Huawei (1987), and Wang Jianlin of Wanda (1988). This second generation is currently the backbone of the country’s economy.

The third generation emerged in the late 1990s. As the beneficiaries of economic reform and globalization, they are better educated, alert to opportunities, not afraid of challenging the status quo, and have a global perspective. The exemplary entrepreneurs of the generation included the household names Pony Ma of Tencent (1998) and Jack Ma of Alibaba (1999).

The fourth generation of entrepreneurs is represented by the Millennials who are leading China’s new economy. Many have grown up as netizens and have a strong sense of individualism. Many businesses they started are born global. For example, Musical.ly is a Shanghai-based micro-multinational. Started only in 2014, the video social network app for video creation, messaging and live broadcasting has become one of the most fashionable apps among Western youngsters.

For the first and second generations, they had stronger political connection or political capital, but were less educated. They treaded carefully under institutional ambiguities and strived to turn them to their advantage. Collectively, they played the role of institutional entrepreneurs in shaping the regulatory environment facing them. For the third and fourth generations, they are equipped with stronger intellectual capital. Their social capital has a global reach.

Over the past three decades, three changes underscore the shifting patterns of Chinese entrepreneurship.

From necessity to opportunity

The year 2005 turned out to be a watershed in Chinese entrepreneurship. It was the first time that people pulled to entrepreneurship by opportunities exceeded those pushed by sheer survival necessity. The trend of the so-called opportunity-based entrepreneurship has since entrenched. This change matters. People who pursue the entrepreneurial dream, because of opportunity rather than necessity, are found to be more prepared, growth-minded, and are more likely to create more jobs and have higher impact. In a sense, the change underlines the dynamism of the Chinese economy.

Chinese entrepreneurs did not encounter revolutionary information technologies until the late 1990s, but have quickly become the technology’s converts. In embracing new technologies and e-commerce, they faced some seemingly insurmountable barriers at the time, for example, lack of infrastructure in electronic payment and logistics. Rising to the challenge, they constantly used their ingenuity to find solutions and are now leading the world in fintech. Undoubtedly, they benefited immensely from the entry barriers faced by their international rivals. They nonetheless have to earn their legitimacy and dominance in the dogfight of domestic competition with waves of newcomers.

Since the turn of the new millennium, Chinese entrepreneurs have first amazed and then alarmed the world by the coming wave of Chinese takeovers. This coincided with the government’s launch of ‘Going Global Strategy’ in 2000 as part of a new growth model. The move continued to gain momentum under the government’s new ‘One Belt One Road’ initiative aimed to restore the country’s old maritime and overland trade routes. With the government’s support, a growing number of Chinese entrepreneurs have internationalized their businesses, more recently through cross-border merger and acquisitions (CBM&A). Chinese CBM&A increased from $1.38 billion in 2002 to $43.65 billion in 2015, covering 172 countries and regions of five continents. 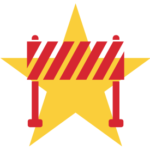 Going international is not without its challenges. Chinese entrepreneurs need to tackle at least four challenges head-on.

Some entrepreneurs have conquered domestic markets and become national champions. They now need to show that they are able to replicate and upscale their business models to become world champions. Even with the government’s backing, this is no easy task. Their business model may prove to be too deeply embedded in Chinese culture to be applicable to other culture-specific markets. The valuable social capital and political capital that have served them so well domestically so far may become less relevant.

Going global, Chinese entrepreneurs will face not just the lack of brand names of their own, they will face a much bigger challenge in dealing with the China brand deficit. They will have to counter the misperceptions of the country’s political and economic system, deep-rooted image of cheap
and low-quality products, and suspicion of unfair state subsidy.

There is a widespread acknowledgement that many Chinese entrepreneurs were inexperienced and lack an understanding of institutional risk. As a result, they underestimated the complexity of the institutional system in the target country and were unprepared for the management of such risks. 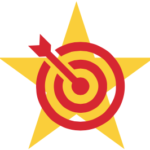 Chinese entrepreneurs can be forgiven for feeling optimistic about their future. Their sense of optimism is underpinned by three factors.

China was once so worried about the brain drain when waves of people in the 1980s and 1990s moved abroad to study and work, and rarely returned. Luckily, China’s dynamic economy has turned the tide. The once unstoppable brain drain has reversed into brain gain. According to the Ministry of Education, between 1978 and 2015 about four million Chinese students studied abroad. Of these, 80% returned after completing their studies. They have brought with them new knowledge, worldview and contacts back to China, and have played a pivotal role in shaping the pattern of entrepreneurship in China. This is international knowledge transfer on a mega scale, and with it everything can happen.

Over the last 15 years, China has pushed hard to transform its growth model to an innovation-led model, as illustrated by the launch of the Outlines of Medium and Long-term National Plan for Science and Technology Development (2006-2020). A bundle of new incentive schemes has followed to support entrepreneurship. Now China outstrips everyone else in internet business: its e-commerce market is greater than the US’s; its internet-payments industry accounts for two-thirds of global volumes; and it has one-fifth of the world’s smartphone users. The infrastructure, together with venturesome consumers, is a breeding ground for innovation.

With rising labour costs and slowing economic growth, Chinese entrepreneurs are facing new challenges in moving up the global value chain. This is no mean feat. The experience of newly industrialized countries suggests that if you cannot adjust you fall into the ‘middle income trap’, meaning a stagnating economy as the supply of low-cost labour and international technology dries up. It’s different for Chinese entrepreneurs though. They have built their success on the strengths of a truly world-class global-supply-chain. In years to come, China will remain at the heart of a network known as Factory Asia.

— LID Publishing’s ‘China’s Entrepreneurs’ series is out in 2017