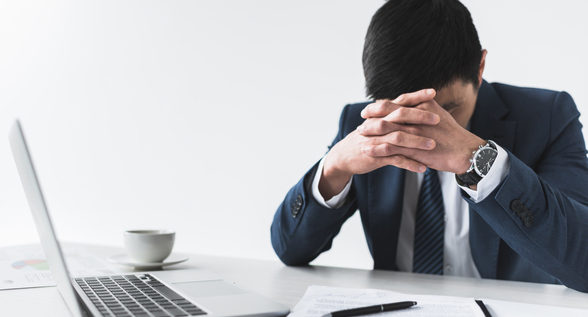 When dealing with bad hires, good solutions come in threes

Several months ago I wrote about six steps we can take when we recognize that a new hire is not a good fit. I shared that one of the most painful parts of my job (though thankfully rare) was in realizing that we had made a poor hire.

“Seeing much, suffering much, and studying much, are the three pillars of learning” – Benjamin Disraeli

So, what have I learned (after some occasional suffering) about why bad hires happen, and the best ways to assure better hires? How have we improved our hiring?

The most challenging part of hiring is in discerning the cultural fit. We can assess competence and skill level and real experience pretty handily. But a resume won’t tell us about a person’s values, character, or culture. Even references aren’t a whole lot more helpful regarding determining cultural fit.

Unfortunately, there’s only so much due diligence you can do to discern values and a cultural fit. This is in part because prospective hires already know what you want. After all, if your company has a strong core ideology and values, you’ve already communicated those things up front and loudly. Those values are embedded in your company, and also in your communication with the outside world.

So most people who interview with you and others will tell you that they value interaction, respect, communication, involvement, and team. But you won’t learn any differently until you see them at work – after the hire is made and when reversing course is more challenging.

Often with a higher level hire, there is a time-crunch. One reason is that your growth and corporate needs are intense enough that you know you need to move forward with hiring for a higher position. It’s hard to leave those positions open for long.

Another reason is that prospective hires are moving fast, since they’re in high demand and making decisions quickly. So there’s a possibility that if there is a delay, your great hire will go elsewhere.

We’ve continued to emphasize three principles for our hiring in order to lessen the possibility of a poor hire.

Regardless of the need for speed, take more time with hiring. If you hire badly, you’ll spend up to four additional months correcting that hire, including 30 days to notice the poor fit, and another 60-90 days trying to help or make the decision to end the corporate relationship.

Create a culture that puts your company very high on the list of “destination” jobs and careers for great people. Of course, that is easier said than done. But we always recognize that every step that we take towards a great corporate culture makes it that much easier to attract great people to work for us. Often, prospective hires are willing to wait a little longer before making a career decision if they know they are in the running for a great place to work.

During the hiring process, look scrupulously for those secondary and tertiary connections that will allow you to do some independent verification of what sort of person you are interested in hiring. Those are sometimes hard to come by — but a circle of verification beyond the resume, the interviews, and the formal references, can highlight areas of concern, or verify that you’re making a great hire, more independently and objectively.

As time-consuming as it is to research those independent connections, two or three people who throw the yellow flag about a prospect are enough to help you look far more cautiously and move far more slowly with a new hire.

And of course, there’s nothing better than finding a real connection to a prospective hire, calling that connection out of the blue, and hearing them sing the praises of your prospective hire without any prodding from you or the prospect.

People do surprise us, and sometimes for the better. Somebody who looks “okay” on paper can become a real discovery for a company, given the right connections to confirm our instincts.

Former chancellor of West Germany, Helmut Schmidt said: “The biggest room in the world is the room for improvement.”

That’s certainly true. But even one or two incremental improvements in the “fundamentals” of good hires — the time you spend, the credibility you build as a company, and the connections from whom you gather insight — can make a significant difference in the quality of your hires.

–––  Rick Davis is chief executive officer of Elliott Davis, a top 30 US accountancy and finance consultancy. He blogs at rickedavis.wordpress.com