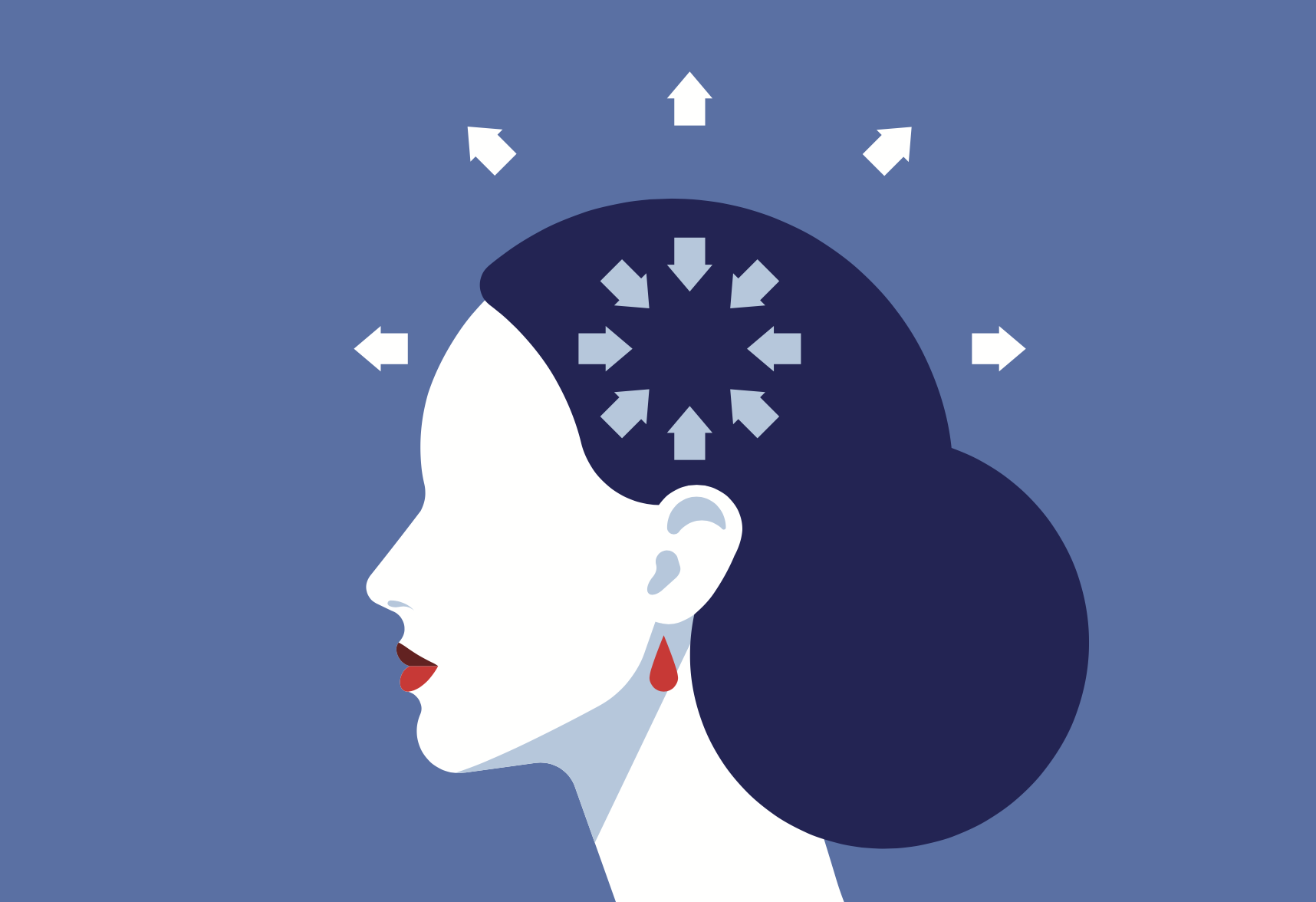 A world of emergent strategy demands that leaders be flexible in how they behave. Karl Moore explains

Since Susan Cain’s bestseller Quiet came out in 2012, introverts have been finally getting the recognition they deserve as leaders. In the past, it was widely held that only extroverts could thrive as leaders: their big personalities, noisiness and sheer energy seemed to make them best suited to leadership. But the world has moved on. In today’s complex, uncertain environment, I believe that senior leaders increasingly need to act like ‘ambiverts’: that is, someone who can act like an extrovert at some times and an introvert at others. In a world reshaped by Covid-19, we can see more clearly than ever that many of introverts’ strengths are the attributes that leaders need to succeed.

The growing value of introvert behaviours fits with Henry Mintzberg’s idea of emergent strategy, as opposed to Michael Porter’s notion of more deliberate strategy. Emergent strategy argues that most strategy comes from the frontlines of an organization: from those who deal with customers, suppliers and other stakeholders in the organization’s operating environment. Employees working on real customer problems develop solutions in cross-functional teams, tightening the alignment of the organization with its emerging environment. The job of senior management is thus not to have the ideas for new strategies, but to see innovations bubbling up within the organization, and to have the good judgement to fund and resource those solutions which seem to have the most traction. In an emergent world, everyone in an organization can be a strategist, while those at the top have to bless, spread and develop synergies among the emergent strategies.

In the wake of Covid-19 it seems like we are all doing emergent strategy. From interviews that I have conducted with over 40 chief executives since March 2020, it is clear that we have all been ‘feeling our way’ about how to move forward in the face of great uncertainty.

It is this dynamic which makes the introvert’s strengths so useful. Willingness to listen, taking the time to do appropriate analysis before making a decision, putting others front and centre in the spotlight, and being more thoughtful have become more valuable than ever in the wake of the pandemic. Yet don’t we also need the extrovert leader’s energy, enthusiasm, and “Let’s do it!” attitude to encourage us to hang in there? To help us get through the stress, the uncertainty and general feeling of malaise?

In my interviews with chief executives, I found that a considerable majority felt that they should adopt a more introverted approach to leadership as a result of coronavirus. This was due to two key factors. Firstly, these leaders really did not know the way forward with anything like the clarity they felt before the crisis. No one did, in fact: not the company board, not the senior leadership team, nor even the McKinseys and BCGs of the world. It was – is – a time of high uncertainty, in a way that few if any of us have seen before, so even extroverts had to pull back a bit. In a world of emergent strategy, leaders needed to connect with the various parts of their organizations to find the ideas that are working, and build on them.

A time for ambiverts

For many, ambivert may be a new term. It actually goes back to the 1920s and a researcher in Toronto, Canada, who invented the word to refer to people who can act like an introvert at times and an extrovert at others. The term almost entirely disappeared from the literature on personality types until Adam Grant, professor at Wharton, and his colleagues used it in a study of salespeople. Their research suggested that ambiverts make excellent salespeople because they can listen to the client – as introverts are apt to – but, after understanding the client’s needs, can also present their product or service with the energy and enthusiasm more typical of an extrovert.

The literature suggests that introversion, ambiversion and extroversion occur on a bell curve, with most people toward the centre, being a bit introverted or a bit extroverted, with fewer people very extroverted or very introverted. When I first read the literature about ambiverts I was excited to have found a new word, and quickly began explaining what an ambivert was in my interviews with executives. Of course, every single one of the executives quickly replied that they were an ambivert. This seemed highly unlikely! Now, based on over 350 interviews with C-suite executives, I have come to the conclusion that about 40% of people are more on the introverted side, about 40% are more on the extroverted side and about 20% are genuinely ambiverts.

I came to realize that to be an effective executive, leaders must act like an ambivert at times. At times, a more introverted leader has to act like an extrovert to be effective. They need to pump up the volume and show themselves to be genuinely excited about a new strategy, or a new member joining their team. They need to give that stirring speech which gives us hope of a brighter future, even after having to make cuts when revenues are down (think of hotels, restaurants and airlines during the pandemic).

The first introvert I interviewed for my research was Claude Mongeau – at the time, the chief executive of Canadian National Railway (CN), headquartered in Montreal, which employs over 24,000 people. He told a story from when he was chief operating officer and in the running to be the firm’s next chief executive. A board member suggested he get a leadership coach. This coach gave him a clicker, similar to one a bouncer uses to keep count of people in a bar. Five times a day, Claude had to act like an extrovert. When getting in the elevator in the morning, rather than looking at his feet and thinking about how to save CN money, he decided to say hello to others, comment on the weather, or thank someone for their recent presentation. That is what chief executives do, he reasoned; the clicker helped him learn that side of leadership.

This shows that such behaviours can be encouraged. But after acting in extroverted ways, an introvert is typically exhausted. They may recharge their batteries by taking ‘introvert breaks’, such as going for a quiet walk with the dog, listening to Bach, or reading a book.

For the extrovert, the challenge is to play the part of the introvert: to listen carefully and analytically, and to work with the team to figure out the appropriate way forward in uncertain situations. One executive who has done this is David Bensadoun, chief executive of the Aldo Group, the global shoe company headquartered in Montreal. He is also the son of the company’s founder, Aldo Bensadoun. David describes how, when he goes to meetings where he wants a substantive discussion, he has learned to be quiet and listen to what everyone else has to say before he speaks. If he speaks first, it tends to still all discussion, as the team is intimidated by the presence of the chief executive.

Many of the other chief executives I spoke to agreed with this. Like Bensadoun, they will listen to everyone else’s ideas first, holding off until the end of the meeting to summarize what the others have said, add their ideas (which have evolved during the meeting thanks to other’s ideas), and suggest what they will do – which is of course the advantage of being the chief executive. Thus, they tap their inner introvert.

For an extrovert, it is exhausting to shut up and listen – to resist the urge to jump in with ideas, and to allow others to share the spotlight. Leaders like Sarah Davis, president of Canadian supermarket giant Loblaw, is another extrovert. After the somewhat unnatural act (for her) of being an introvert, she takes ‘extrovert breaks’. This is a newer term in the literature, but they are the diametric opposite of introvert breaks. As an extrovert, I have realized that I take them myself. After sitting in my office for a couple of hours writing, I can’t take it any more: I have depleted my emotional batteries by having too much quiet time and a lack of company. I need to actively seek out stimulation. In fact, perhaps the central definition of introverts and extroverts is their response to stimulation. Extroverts seek stimulation: it lights up our brains, providing endorphins. So after a few hours of acting like an introvert, I leave my office, heading over to the student lounge and group work area, where there are dozens of undergrads, who are generally happy to talk to a professor.

Similarly, when I travel without my wife and kids I generally eat at the bar rather than at a table by myself. I happily talk to total strangers. I find it stimulating and I often learn a great deal about the city I am visiting. It’s just more fun than being by myself. Of course, introverts may shake their heads: after a busy day meeting new people, they may feel there is nothing better than unwinding alone, with a restorative meal and good book. It might even feel better to get room service than to be in the lobby restaurant.

But what about ambivert breaks? Since both introverts and extroverts need breaks, how about this newer category? Marc Parent, chief executive of Quebec aerospace giant CAE and an ambivert, told me that he looks for a break which is the opposite of how he has been acting. If ambiverts act like an introvert for a while, they need an extrovert break (and vice versa). This break tends to be shorter than for a more pronounced extrovert, like myself.

Are there any downsides to being a genuine ambivert? My interviews suggest a couple. First, they sometimes confuse people, because their behaviour is seen as inconsistent. An extrovert is pretty predictable. Once, on a trip to Japan and Thailand with undergrad students, I sat by myself in the lobby of our hotel. Several students asked me if I was feeling unwell, assuming that if I was not with people it was because I was sick. I was just jet-lagged and needed a break. Likewise, an introvert is reasonably predictable; but ambiverts are less consistent, because they act like both. Probably the best way to handle this is to explain to people you work with that you are an ambivert and that you can be one or the other depending on the circumstances, and that either behaviour is fine.

To say that we are all ambiverts now is not to suggest that you have to put aside your natural setting. In fact, what I learned in my research is that we should lean into the strengths of our personalities: whether you are an introvert, ambivert or extrovert, you should celebrate it. However, if you want to be a senior leader, you need a degree of flexibility in order to meet the varied demands of the job. It will make you a better leader in today’s emergent world.

Karl Moore is an associate professor at the Desautels Faculty of Management, McGill University, and an associate fellow, Green Templeton College, Oxford University. His new book, We Are All Ambiverts Now, will be published in 2021