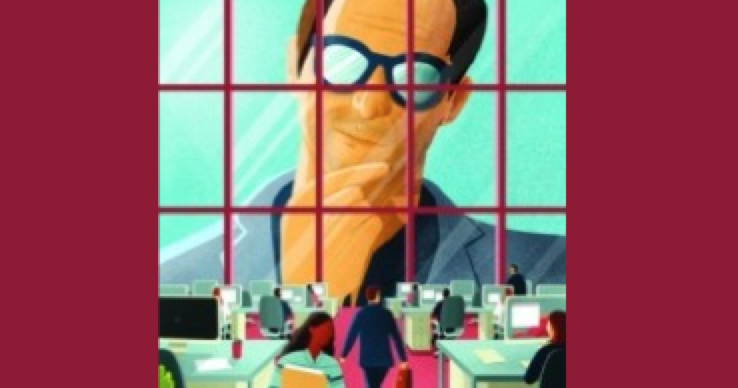 What’s the secret to leading the finance function of a large public company?

Setting aside the seven-figure salary, who would want to be a chief financial officer (CFO) of a major public company? You’re expected to be on call 24/7, have all the company’s numbers constantly at your fingertips, understand how to calm the nerves of even the edgiest analysts and investors, and be ready to jump on to an aeroplane at a moment’s notice to resolve a calamity on the other side of the world. As for your family life… what exactly is that again? All this hassle, and the average tenure of a CFO in the Fortune 500 is 5.9 years, according to executive search firm Spencer Stuart.

You wouldn’t blame an outsider for finding the prospect of being a public company CFO rather unappealing. Yet the CFOs that I interviewed for my book, Reach the Top in Finance: The Ambitious Accountant’s Guide to Career Success, love what they do. And it is this passion for their work that makes up for the long hours, stress and career uncertainty associated with the job.

They like the fact that they get to kick around strategy ideas with the chief executive, commit large sums of money to potentially game-changing projects, and talk to influential people. “It’s a very exciting job where you can make an impact on people’s lives,” says Bank of America’s chief financial officer, Paul Donofrio.

Alongside all the other responsibilities that come with being CFO, the role is clearly a major leadership and management job. Donofrio, for example, presides over a finance function that numbers more than 4,000 people worldwide. And the finance functions of most large companies extend into the hundreds.

Since finance is critical to the smooth running of every major business, a CFO must be able to attract good people to work for them, lead and inspire those people, and manage them in a way that gets the best out of them. They also need to be a coach, mentor and sponsor, and be committed to developing the next generation of finance talent. So what makes someone a great leader of the finance function?

A good CFO doesn’t begin a new job on the first day in the office. Instead, they will have effectively begun the job several weeks beforehand. They will have put together a plan for how they want their first 90 days to unfold, and thought about how they are going to engage with the people reporting to them, including those working in functions outside finance.

“If you’re going to effect any change, it’s got to be evident to people early on that change is going to occur,” says David Tilston, who worked as interim CFO at drug manufacturer Consort Medical. “You can’t leave it for six or nine months and then say: ‘I’m going to change what you’re doing.’ People need to see small changes happening in the first month or two. Otherwise they settle back into their comfort zones and either you won’t get change or it will be more difficult to get change.” He particularly emphasizes the importance of the CFO properly getting to know every function that reports to them. “You need to spend enough time with them to understand their issues and challenges, and strengths and weaknesses, as well as those of the finance function. You also need them to educate you on important issues within their area – for example, cybersecurity in the case of IT.”

They set the right tone

‘The fish rots from the head’ is how the ancient proverb goes. And this is as true when it comes to leading the finance function as it is in any other aspect of business – or life. If a CFO wants their team to follow the highest professional and ethical standards, they need to make sure that they are following those standards themselves. They also need to be aware that their people will be paying very close attention to what they do.

“You set the tone, and if your tone is wrong then the tone will be wrong all the way down – unless you are lucky enough to have a very good person in-between,” says Geraldine Matchett, CFO of Dutch nutrition giant Royal DSM. “Not having a hierarchical mindset myself, it took me a long time to realize the extent to which people watch what you are doing, what you spend time on, and therefore what seems to be important to you. As the CFO, your behaviour sets the tone for the whole function, as well as its values – whether you like it or not.”

Matchett also points out that the culture of a finance function will be heavily influenced by the CFO’s vision. “Your vision may be a finance function that is extremely efficient,” she says. “So you will be focused on areas such as automation, processes and shared services. If that is the tone that you set at the very top, then people will know that improvements are going to be made in those areas.

Matchett believes that, when it comes to setting the tone at the top, a finance leader needs to recognize the needs of their people. Only by doing this will they get the buy-in they need to achieve the objectives. “When people realize that you are interested in developing them, they are much more excited about making the function really effective,” she says. “They realize that it’s about balancing the two.”

They build a great team

No CFO ends up with a great team by accident. Instead they will have deliberately built a strong team by hiring and developing finance professionals with specialist expertise – people who are far better at doing their jobs than the CFO in question would ever be.

“You need a very disciplined hiring process,” says Tilston. “Motivating and retaining people is all about continuous development and improvement, and moving people into different roles to help them broaden their careers so that they see you are interested in them.”

He warns that it is a particularly bad idea to find a good person, place them in a role and then forget about them. “In my team I want to have motivated people who are developing and could go on to other roles, even if there is a risk of losing them,” he says. “If they get poached, I would rather they went to the next company and we parted on good terms and they appreciated being helped along in their careers. But if they are motivated, being challenged and getting access to new opportunities internally, then hopefully you will hang on to them anyway.”

Jack McGinnis, CFO of US recruiter ManpowerGroup, believes that a CFO should be approachable if they want to get the best from their team. “I like spending time with my teams, leading them and making sure I understand how they do their jobs and that they have the support they need,” he says. “Finance departments are big departments in multinational companies. So when people know that the CFO gets it, understands what their job is and what needs to happen in the finance function, that can really strengthen the level of teamwork.”

Donofrio, meanwhile, is a great believer in collective responsibility. He wants the people who report in to him to have shared ownership of all the issues that affect Bank of America’s finance function. “So it’s not, ‘Oh no, we have an issue in treasury, that’s so-and-so’s issue,’” he says. “Actually, the issue in treasury is everybody’s issue. We all own it together and we all have to help fix it. To get things done well and efficiently, we have to draw on each other.”

They step back from the detail

One of the main reasons why CFOs can become unstuck as leaders is that they start interfering with the activities of the people who don’t report to them directly but who report in to line managers lower down the chain of command. Problems can also arise if they allow themselves to get too bogged down in the detail.

“They are so busy trying to manage everyone, that they don’t get the chance to lead,” says Karen Young, a director with UK-based recruiter Hays Senior Finance. “Also, their leadership will be weakened if they tolerate bad behaviour and poor performance.”

So a CFO who wants to be recognized as a great manager and leader of the finance function must show that they have confidence in the abilities of their team and be willing to let them get on with the job at hand. “I’ve got technical experts in financial reporting, tax and treasury,” says Scott Longhurst, group finance director of UK utility company Anglian Water. “I trust those people and I give them the autonomy to do what they need to do. Then I just dip in and out to keep on top of what’s happening.”

They set others up to succeed

Given the comparatively short tenures of many CFOs, and investors’ increasing interest in the sustainability of business models, it’s not surprising that succession is a perennial preoccupation for the leaders of finance functions.

Hence a good CFO will continually have their eye out for potential successors and be committed to mentoring them. For example, Ian Kenyon, CFO of the UK’s largest fundraising charity, Cancer Research UK, makes a point of giving his team access to the right people.

“I take members of my team with me to a meeting so that they can get to hear about something first-hand rather than through me,” he says. “When I have meetings with my trustees, very often I’ll have some of my team with me. It helps them to understand where the questions come from.”

“I think about my direct reports in terms of succession,” says Julie Brown, chief operating and financial officer of UK luxury fashion house Burberry. “It’s one of the best ways of continuing the growth of the company. I’m constantly thinking about potential successors and the skillsets they need to be the successor. In the majority of the previous roles I’ve done, I’ve been replaced with an internal successor, which I think shows it works.”

A robot might be able to be on-call 24/7 and have all the company’s numbers constantly at its digital fingertips, but could it calm investors and head off a calamity on the other side of the world? Ultimately, there’s a good reason why there are so many zeroes in the salaries of the world’s leading CFOs.

Sally Percy is author of Reach the Top in Finance: The Ambitious Accountant’s Guide to Career Success, published by Bloomsbury