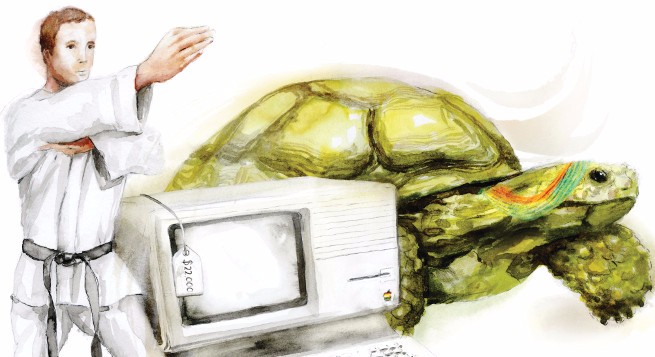 Peter Drucker tailored his management advice to specific situations. But some of his teachings can be applied more widely, says William A Cohen

I’ve heard the question many times: “What was Drucker’s most valuable contribution?” It’s the poser with which journalists interviewing me about my books nearly always open.

With Peter Drucker having provided so many insights, so many wonderful ideas, so much ethical and moral guidance that might have saved organizations – or even countries – from financial ruin, I found this difficult to answer. For several years my response was along the lines of: “It all depends”.

I pointed out that Drucker’s “most valuable contribution” was situational: it depended primarily on the challenge you were facing.

My approach didn’t go down too well with the press. As a rule, reporters don’t much like equivocation. They prefer clear answers in primary colours over nuance. Nevertheless, I avoided naming a single Drucker contribution that would cover all instances, because I couldn’t think of any.

However after one interview, I rethought the question and decided I could do a lot better with my response. I reviewed various Drucker prescriptions for a variety of problem areas, especially for consultants. Was there a thread of commonality in his recommendations and solutions that might lead to a universal and most valuable contribution? It turned out that there was.

In combat, everyone knows that you should train the way you fight. Hungarian Jew Imre Lichtenfeld learned the hard way that what everyone knows can be wrong.

In 1935, Lichtenfeld visited what was then Palestine with other Jewish athletes to participate as a wrestler in the Maccabiah Games, a sports event similar to the Olympics. He had trained strenuously en route to the Games, wrestling as if it were the actual competition. One practice match was so intense that he broke a rib. He won that practice match but – after all his training and preparation – the broken rib prevented him from taking part in the real wrestling matches at the Games. In effect, he had traded a sparring win for the chance of a medal.

This mishap led to his abandoning what everyone knew about combat arts. Lichtenfeld adopted instead what is now known as the fundamental Krav Maga principle, when he founded a new, more deadly, martial art.

Krav Maga is a self-defence system developed by Lichtenfeld, brought to Israel when he escaped Europe during World War II. Krav Maga is Hebrew for “close combat”. It is brutal and, if practised for real, can cause permanent injury or death to an opponent. But the principle is, above all, not to get hurt while in training, but to save your energy and your body for the real thing. In business, as in combat.

A young Steven Jobs claimed the Lisa computer would be successful because it was vastly superior technologically to its competitors. The Lisa had an advanced system-protected memory, multitasking, a sophisticated operating system, a built-in screensaver, an advanced calculator, support for up to 2MB of RAM, expansion slots, a numeric keypad, data corruption  protection, a larger and higher resolution screen display and more. It would be years before many of those features were implemented in other computers. Jobs was wrong. These features resulted in Lisa’s high price (about $22,000 in today’s money) and buyers opted for the technologically inferior IBM at less than a third of Lisa’s cost.

When we face a marketing challenge, Drucker advises us to think it through to determine what the customer considers value and to  ensure marketers haven’t substituted their own definition of value for that of their customers or prospects. This is a valuable insight. If you consult the list of failed products, you will find this at the core of many marketing problems.

The 544-mile Sydney-to-Melbourne Ultra Marathon in Australia was regarded as the toughest in the world, taking up to seven days to complete, with rest stops permitted. Most athletes ran all day and rested at night.

In 1983, an unknown 61-year old potato farmer called Cliff Young entered the race. Many thought he would be lucky to finish. But Young calculated that he could walk the distance, since the rules allowed him – but did not require him – to rest overnight. So he didn’t. Result: he  won, shaving off almost a day from an athlete half his age who finished in second place.

The power to think differently

What was Drucker’s most valuable contribution? He taught us not to listen to what “everybody knows,” but to think it through and develop our own methods of success. Applying this requires critical analysis, because while “what everyone knows is usually wrong” may be true, sometimes what everyone knows is actually true.

So the problem is in how the consultant can know when common knowledge is true and when it is not.

The first thing to understand is that what everyone knows – common knowledge – is simply an assumption. This is the core to good management thinking: our task as leaders is to analyze an assumption believed by a majority. An assumption is any belief, idea, hunch, or thought that you, a group of people, or experts, internal or external, have about any subject.