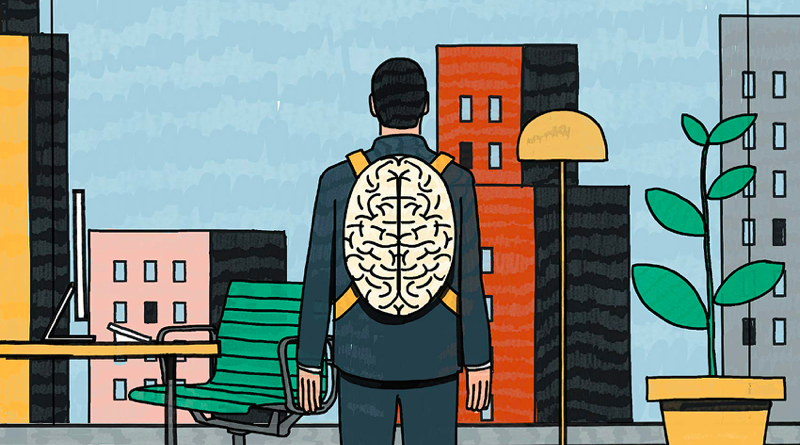 A fascinating aspect of the modern workplace is that you get hired initially for a particular expertise. The more success you have, the more likely you are to be tapped for a leadership role in the organization – a new role involving all sorts of skills that were not part of your initial job description and that you probably weren’t explicitly taught.

Effective leaders possess both a strategic thinking ability and an operational capacity that enables them to get a team to work together to accomplish significant goals. They must prepare the people who work for them to take on new roles. They must communicate effectively both upward with higher-level decision-makers as well as with their direct reports.

It is not that the skills of leadership can’t be taught. Rather, the disciplines that are central for leadership are not part of the curriculum for most college majors, or even for graduate degrees like the MBAs pursued by so many people who aspire to business leadership. Chief among these disciplines is cognitive science—the interdisciplinary study of the mind that includes psychology, neuroscience, anthropology, philosophy, and linguistics.

Research in cognitive science suggests that there are several interlocking mental systems that govern success in complex tasks like leadership.

I refer to them as the Motivational Brain, Cognitive Brain, and Social Brain.

As an added bonus, because people also have a remarkable capacity for improvisation, I also suggest that we have a Jazz Brain.

Let me introduce you to the Motivational, Cognitive, Social and Jazz Brains and how they help us with tasks of leadership.

How do you get other people to do what you
want them to do?

People are motivated by dissatisfaction. After all, when you have just had a great meal, are sitting in a comfortable place, and are surrounded by loved ones, you mostly want to sit in one place and do nothing. But, when you recognize a gap between where you are right now and where you would like to be in the future, that creates energy to do something.

You experience that energy as an emotional
state. If you are energized to attain some positive outcome like landing a
client or getting recognized by others, then you feel excited to get to work.
If you are energized to avoid a negative outcome like preventing the failure of
a big project or concern that a client will be upset about an offer you are
making, then you feel stress and anxiety.

As a leader, you typically want to find
ways to create energy for others by helping them to see gaps that are focused
on attaining positive outcomes, because excited employees are more likely to
bring their whole selves to work than stressed and anxious ones. Yet, we often
motivate by focusing on negative outcomes we want to avoid, because that can
often get people to act quickly—at the cost of high-levels of workplace stress,
which can lead to burnout and fatigue.

Gaps alone create energy, but not action. Spurring
action necessitates a bridgeable gap, in which the recognition of what needs to
be accomplished is accompanied by a specific plan for how to reach the goal. You
might find it frustrating that you often have to instruct the people who work
for you about how to achieve key goals. The people who work for you ought to
know how to accomplish key tasks.

To see why people are often ill-prepared to actually develop their own plans to contribute, it is important to understand the seat of our ability to think effectively: the Cognitive Brain.

Most species on planet earth come equipped through evolution with a repertoire of that allow them to achieve their most important goals, at the cost of having difficulty adapting to rapid changes in the landscape around them.

Many of the cognitive adaptations of humans
are not about the ability to think about particular things, but rather to learn
from the people around them about how the world works. On the positive side,
this enables people to adapt to almost any information landscape whether they
are living in a hunter-gatherer tribe in Micronesia, or are developing
financial technology in London.

On the negative side, it means that people
have to learn pretty much everything they do from someone else. Your employees
might learn from courses, books, or videos. But, in the workplace, they also
need to learn from you. A big part of your job as a leader is to ensure that
you provide enough information about how key tasks are performed that other
people on your team can catch on and become proficient.

It means that you need to be patient with the people working for you as they learn to do things that have become second-nature to you. You will be tempted to micromanage others or to take on some of those tasks yourself, because you can do them better and faster. But, you will never get people to develop your level of skill if you don’t give them the same chances to make mistakes that you had as you were learning.

Unfortunately, your social brain can sometimes get in the way.

Your Social Brain is the set of mechanisms that manage your interactions with other people. One aspect of the social brain that we just saw is that we are well adapted to learn from other people.

However, a second part of that social brain
is that we are sensitive to hierarchies of people. We would like to be seen as
being successful and would like other people to give us credit for what we have
accomplished. In order to ascend into a leadership role in the first place, you
had to spend a lot of time getting credit for your hard work.

Once you get that leadership role, the
calculus changes. Now, you need to block that natural tendency to attract
notice and start deflecting attention to the people who work for you. Leaders
get credit for the success of their group, even when the members of their group
are being recognized for their valuable contributions. Many leaders have
trouble making this transition to nurturing their group members, and the
performance of their unit suffers.

And finally, a little jazz

An assumption of the bridgeable gaps I
discussed earlier is that you energize people by helping them to see a gap
between present and future and marry that gap to a specific plan that will help
them to accomplish that goal. But, an old military saying also applies to most
other organizations: No plan survives the first encounter with the enemy. As
you put any plan into action, you have to be ready to adapt that plan
on-the-fly to unexpected circumstances.

That means that good leaders need to have
real expertise in the domain in which their business is operating. Leadership
is not a skill independent of the knowledge that got you to a leadership
position in the first place. Instead, leadership skills must be built on top of
that domain expertise. Just as a jazz musician uses knowledge of chord
sequences, scales, and timing to construct a novel melody in the moment,
leaders need to bring together a lifetime of work to fix the inevitable
problems that threaten to derail key projects. Leaders who do not deeply
understand what their business does will not be able to improvise.

I encourage anyone in a leadership role—and
particularly those who have the task of training future leaders—to learn more
about their brain(s) and to encourage the people around them to incorporate
more cognitive science into the lifetime of learning that is part of any
thriving career.

Art Markman, PhD is the Annabel Irion Worsham Centennial Professor of Psychology, Marketing, and the Human Dimensions of Organizations at the University of Texas at Austin, and executive director of the IC2 Institute. His most recent book, Bring Your Brain to Work (Harvard Business Press), is available now.