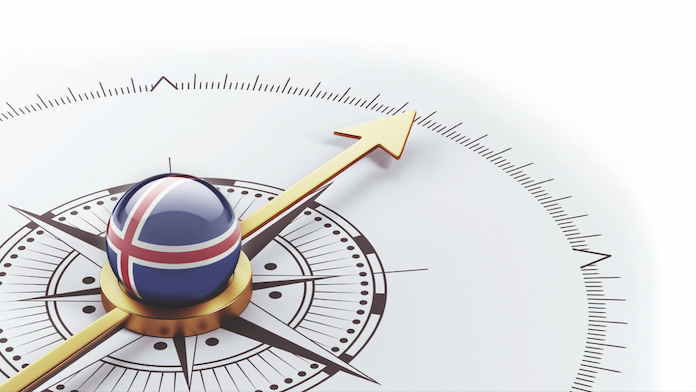 In the early 2000s, the growth of Icelandic banks looked like an astounding success. For proponents of a free market and a small state, Iceland was the dream banking location. The market was open. EU/EEA rules provided market access. Capital flows were unconstrained. Regulations were lax. The regulator was largely absent. Everyone trusted in self-regulation by the banks and markets.

The rating agencies were all there – with the Icelandic banks often well-paying customers.

The ups and downs of the ratings, credit default swaps and share prices of the banks were closely monitored. Leading international auditing houses reviewed the accounts, never flagging any concerns. Yet in the space of just a few weeks, it all came crashing down.

The system failed on the most basic level. The banks flouted even the most basic principles of prudent banking practices. Iceland’s Financial Supervisory Authority, the FME, failed to spot the most basic systemic risks: either risks were not flagged, or if they were, the authorities did not act upon them. Most of those involved wanted the banks to continue their excessive growth and did what was needed for that to happen.

When the tower started to tumble in mid-2008, it was too late to avert a total collapse. Iceland’s failure to build trust and alliances over the previous years not only limited the measures available to policymakers, but led regulators and authorities in other countries to cut funding, limit the transfer of funds and seize assets.

Simply put, before the collapse, everyone believed that all that could go well would go well. After the crash, they believed that all that could go badly would go badly. Before the collapse, no policy tools were used. After the crash, a huge range of tools was put into use. How could this happen – and what can business leaders today learn about the macroeconomic risks that might lie ahead?

In 1934, the Hungarian economist Nicholas Kaldor coined the name of a particular economic phenomenon, the pork cycle – sometimes also called the hog cycle or the cattle cycle. It works like this. In good times, when prices are high, farmers offer more pork. The price falls. Then, they farm less pork; the price rises.

Eventually, the cycle is broken by its own internal logic. “The ups are often not sustainable. The debt becomes too high, some deficits too large, the investments excessive and the pricing aggressive,” says Andreassen. He makes the point that pure equity bubbles are often not that serious for the broader economy, unless they coincide with underlying imbalances. For instance, signs of fatigue were visible in 2004 and 2005, but they did not become a problem at that point. By 2008, however, many countries had large imbalances and deficits. The result was a long and intense downturn that affected whole economies.

Are the warning lights flashing again?

How does today’s position compare with 2008? In general, investment levels are high. In fact, they have only been as high as today, relative to the trend level, twice since 1985: right before the downturns in 1990 and 2008. Yet in many places, unemployment is low. In the US, it has been falling since 2010, and today is at its lowest level since 1980. Corporate debt is another important indicator to watch. The corporate debt-to-GDP ratio varies in the US over the course of the economic cycle by about seven percentage points: when times are good, companies invest and raise debt, so overall debt levels grow; as the cycle turns, they slash investments and reduce their debt, thereby shrinking or even stalling the capacity for further growth. Shortages occur, prices rise, and the new cycle starts. The start of 2020 has seen debt levels at an all-time high. “We are approaching the end of the cycle,” says Andreassen. “The market is expensive, and the economy is stretched.”

That sense may also be reflected in stock indexes. When stock valuations creep up, it is time to sharpen the senses. No major fall in the value of shares in the last 30 years has occurred without valuations first reaching peak levels.
When falls do happen, leaders need to look at other indicators. Positive leading indicators – manufacturing activity, retail sales, start-up levels, and so forth – and spare capacity can point to further growth. On the other hand, if leading indicators point downwards and there  is little available capacity, then organizations should be on high alert.

As 2008 showed, macroeconomic shocks can topple banks and companies, even those that are perceived to be highly successful, or tear down investment portfolios built over decades. Even so, companies need to take risks, just as investors
need to be in the market, in order not to lose out through the investment cycle. But leaders and managers must understand the macro risks facing their businesses.

No case provides a better illustration of macroeconomic extremes than the Icelandic experience. It offers us the chance to see what can happen to an economy, both on the way up and on the way down. Let us hope it remains a unique learning opportunity.

— Svein Harald Øygard is a former head of the Central Bank of Iceland. He is author of In the Combat Zone of Finance (LID Publishing, 2020)