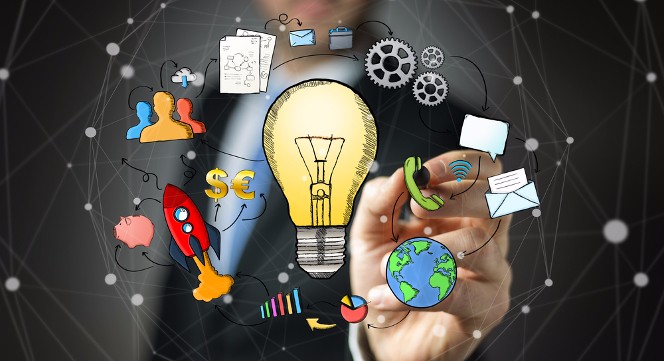 As much can be learned from Peter Drucker’s own life and career as from the teachings of the great man himself, writes William A Cohen

The great Peter Drucker’s teachings should form the basis of any manager’s strategy. But what of the life of Drucker himself? Drucker’s unique rise to becoming a management consultant can inform your own successful management career – and other parts of your life. So what are the lessons Drucker himself learned?

Lesson 1: Small can be beautiful

You don’t need to build a giant consulting organization like McKinsey & Company to do a lot of good, to gain fame and to become wealthy. Drucker certainly proved it. As an independent, but very highly paid, consultant, Drucker answered his own phone. And at the height of his career he was probably more famous and well-regarded than any other consultant from much larger and more prestigious firms. We can enjoy fame and fortune whether we choose to work in a large corporation or remain independent.

What was the first thing that happened to an acquaintance of mine when he started his own consulting practice? He got sued. It took him three years to win the case. How would you like to have something like that hanging over your head while you struggle to get clients? Drucker, an ethnic Jew, had to shelve his goal of becoming a professor teaching graduate courses at a major university for about 15 years, because of Hitler coming to power in Germany. So he did what he needed to do in the meantime, and eventually not only reached his initial goal, but accomplished a lot more to benefit himself and society as a whole.

Don’t depend on others for your education or the knowledge you need, even after you have acquired one or more degrees. Some corporate managers maintain that their companies will pay for advanced education, or send them to the right courses or seminars if they really want them to advance in the organization. Maybe so, but don’t depend on it. Drucker didn’t even depend on his parents, who wanted him to go to college. He took an apprenticeship and spent lots of time reading and educating himself – even while he struggled to balance law school and working full-time. Drucker was not superhuman. He just calculated what he needed to do in the circumstances of post-World War I Germany, Austria, England and the US. Then he did it. He didn’t wait for either parental help or a corporate or government handout.

Writing a bestselling book doesn’t guarantee you success. But it sure can’t hurt, and – if your timing is good – it can take you right to the top much more rapidly. Just about anyone can write, or can learn to do so if they are willing to make the effort. Drucker wasn’t even completely fluent in English when he started. It is not necessarily easy, but hundreds of authors write bestselling books every year. Some say, “I tried that, I wrote a book and six publishers turned me down. I just can’t write a book.”

I was rejected by more than 20 publishers for my first book. Yet when I finally got published, the book became a bestseller. And consider this: The Chicken Soup for the Soul series, by Jack Canfield and Mark Victor Hansen, is one of the most successful book series of all time. It has sold an estimated 100 million copies. But it was rejected by just about every publisher and agent around before a small self-help publisher accepted it. What others can do, you can do too.

Drucker’s friend and mentor Marvin Bower cautioned him not to discuss a client’s work. Drucker stumbled on this lesson when he disclosed information about General Motors in one of his books. As a result he lost the goodwill of a major corporate icon and Alfred P Sloan, General Motors’ president. Of course, Drucker didn’t mean to write anything to offend, but this is beside the point. It is the act in the eye of the offended that counts. Drucker should have been more careful. He might have even got Sloan’s blessing for his oeuvre had he approached Sloan before putting pen to paper, as he apparently had access to the GM president. However, Drucker learned his lesson and didn’t repeat his mistake. You would be hard-pressed to find a client business publicized by Drucker, in the way he did General Motors, from that time on.

Lesson 6 The client is the real expert

For client, substitute ‘customer’. In fact, Drucker criticized individuals and companies that thought they knew better than their prospects, customers and clients as to what really mattered. Drucker didn’t tell his clients what to do, so much as guide them to tell themselves. Perhaps he took away a little of the glamour of management consultancy: he asked questions more than he provided answers. Drucker’s brand of management consultant wasn’t a white knight riding up, telling people what to do, making things right, then riding off. Rather, Drucker quietly guided clients to make their own decisions which ultimately led to their own successes.

Lesson 7 Don’t think it, do it

Although Drucker gave us much through his values, principles and genius, I believe that his most valuable contribution was that he taught us how to think. Then he expected us to do it. For example, Drucker frequently said after an all-day seminar: “Don’t tell me how much you enjoyed my seminar – tell me what you are going to do differently on
Monday morning.”

Will you do anything differently on Monday morning or – better – today, having learned these Drucker lessons?

This article is adapted from Peter Drucker on Consulting, published by LID Publishing