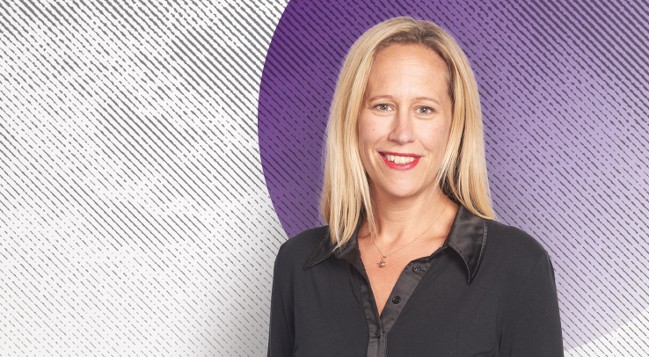 Kirstin Furber knows something of the world. She makes a mental note of countries she’d like to visit but hasn’t, and makes it her business to get there as soon as she can. Once in a new territory, she wields her camera with enthusiasm. Her latest photographic travelogue was to Cuba, her likely next targets are Sri Lanka and Jordan. “I love taking pictures around the world,” she says. “It’s my interest in people and cultures. I find different perspectives and different ways of looking at things fascinating. You can always look through one lens that you know, but through travelling quite a lot in my personal time I try to meet people, understand what’s going on for them, and find out what their life looks like. You then come back home and think, ‘oh that’s interesting, I didn’t think about things in that way’.” It’s useful to have this global eye – BBC Worldwide, the commercial arm of the UK’s public service broadcaster, stretches from one end of the planet to the other, with offices around the globe. “From an international business perspective there’s a real opportunity,” says Furber. “We are in a world that is competitive, we need new ideas. If you bring things in from all these perspectives, that’s where these conversations can start.”

We meet at the BBC’s London HQ, but could  easily be in Singapore, Sydney or New York. “I  can’t be up 24/7, that wouldn’t make sense, but my team operate 24/7,” she says. “I think  Saturday afternoon is the only time we’re not  doing business, if you work out the clock.” The breathtaking geographical scope of the operation is a major challenge, but something is working: BBC Worldwide does business in more than 200 territories, and boasts annual sales of over £1 billion. It returned a record £226.5m to the BBC in 2014/15. That is a useful contribution to an organization that is funded in the UK by a modest television licence fee, and carries no advertising on its domestic output.

Culture is important to Furber. She’s acutely aware of how it differs worldwide. She’s developed a sixth sense honed on countless trips across Europe and Russia when she was at Fox, and through Asia, with another of her former employers, Discovery. “I had a very funny experience where I ended up singing Yellow Submarine in the house of the MD for India,” she recalls. “I wasn’t prepared for it and I’m not a great singer… But you go out in the evening with Indian colleagues, meet their family and have dinner with them – and you don’t talk about work.”

BBC Television Centre is looking more inspiring these days, the last time I came here was a few years ago – as an audience member on a TV show – and in those days it was looking a little dog-eared and past its best. The site has been regenerated, and is now an open-plan mecca of zing, the sort of shiny, spacious workspace designed by creatives, for creatives. Furber is big on environments: “We want to be world-class, and that’s what this building is about,” she says. “It’s not a static office, you can go and work anywhere. You can go to private areas on the fourth floor – people might want to go up there. The great thing about this building is that you don’t have to wait to talk to someone about an idea, you can be walking down the stairs and say oh, ‘by the way, what about this idea?’ rather than saying, ‘oh we better remember that and let’s have a meeting about it next week’. You would forget it by then because you move on to something else. So how  do you keep that flow and energy going? It really is about the environment.”

She’s a big advocate, too, of HR people being commercially minded, understanding finance so they can extend their listening to finance teams and communicate usefully with the wider operation, grasping that much about good business is about trade-offs, not absolutes. Perhaps most of all, though, she’s a proponent of ‘being real’. “What I mean by that is not being a figure’ and being theoretical.” Give examples, she says, of how you overcame a problem, rather than reading rote from the textbook. “Don’t say, ‘this is how HR does it!’ Say how you have done it!”

Perhaps her human touch will help her achieve her ultimate goal: her preferred legacy is to create an environment with her executive team where people want to come to BBC Worldwide and “do the best work they can”. She’s a third of the way towards completing her mission, she says. “We know what we need to do, now we need to embed it in the organization,” she says. “Not by making a PowerPoint slide and asking, ‘can you remember it?’… but so people are just doing it.”

BBC Worldwide is the commercial arm of the BBC – the UK’s state-owned public service broadcaster. Despite the fact that it is a profit-making, revenue-generating body, it is within the public sector, and returns its profits to the domestic arm of the BBC. The profits are then poured back into programming. As part of a wide-ranging review, the UK’s centre-right Conservative government is considering a range of options which includes privatization or part-privatization of the Worldwide arm, although proposals to privatize any part of the BBC have in the past met with resistance from the organization – and the public at large.