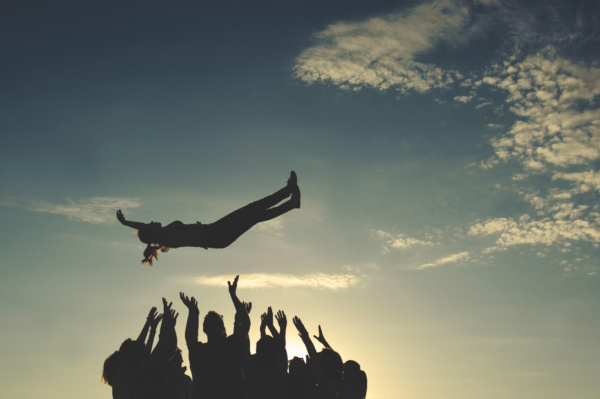 Trust is the global currency that no-one knows how to handle, finds Ben Walker

Some might say that those who rail against the harmonization of international trade are fighting yesterday’s war. Trust – measurable in stars or reviews or some other easily digitizable metric – has quietly arrived as the global bartering system. You aren’t trustworthy? You can’t sell. You don’t want to trust? You can’t buy. Dollars, euros and the like are merely the medium. Trust is the currency.

The progression of trust from something that was once gained face-to-face to something that is codified and gamified seems to worry Rachel Botsman, although she is keen to avoid offering ‘answers’ to the problem (if indeed it is a problem). Yet her book Who Can You Trust? poses several interesting questions.

The first concerns our faith in star ratings. Why do users give so much credence to trustometers that passengers still get in an Uber when they know a serial killer driver is at large in their city? Note that Jason Brian Dalton, who shot dead six people on his rampage in Kalamazoo, Michigan, had a rating of 4.73 stars out of five.

What are the consequences of grade inflation – the phenomenon whereby buyers and sellers operate effectively as a ratings cartel? Buyers don’t want to give bad ratings lest their seller loses business (and therefore their livelihood) or gives them poor feedback in retaliation – suddenly reducing the buyer’s chances of getting an Uber or an Airbnb room. Those who have bad experiences are apparently less likely to give any feedback at all; negative data is being lost to a mixture of politeness and fear. Less than 2% of Ebay reviews are negative or neutral, finds Botsman, suggesting that e-commerce is full of the sort of cockeyed optimism of which Voltaire’s Dr Pangloss might be proud.

As Botsman drives deeper and darker, she sheds more and more light, her book rapidly becoming brilliant. Botsman’s seemingly fearless adventures inside the dark web’s narcotics market reveal a well functioning trust-based platform that might still shock the presumably vast majority of her readers that don’t spend their evenings shopping for contraband. Not only is the product of apparently higher quality than that found on the streets, a completely trust-based market delivers – most of the time – to its users on time and with absolute discretion. Reviewers score the drugs and service like eBayers might. Only the strongest sellers seem to survive. “Effectively,” writes Botsman, “they are creating trust in a zero-trust environment. Nobody meets in person. There are obviously no legal regulations governing the exchanges. It looks like a place where buyers could get ripped off… yet this rarely happens.” Some dealers run two-for-one offers. Improbably, others market their goods as organic and ethically sourced. Botsman found opium for sale that was supposedly ‘conflict-free’ – its purchase supporting local farmers in Guatemala rather than violent drugs cartels.

If her foray into the shadows of the dark web weren’t enough, Botsman continues to provoke with her exploration of personal trust ratings: a kind of digital points-on-your-driving-licence that follow you wherever you go. If this sounds like the sort of sinister future imagined by Philip K Dick or Paul Verhoeven, learn that it is already here. The Chinese government, finds Botsman, is launching a ‘Social Credit System’ that – in its own words – “will forge a public opinion environment where keeping trust is glorious”. Participation is currently voluntary. By 2020, says Botsman, it will be mandatory: “The behaviour of every single citizen… will be ranked and rated, whether they like it or not. Teachers, scientists, doctors, charity workers, government administrators, members of the judicial system and even sports figures will be under special scrutiny.” Your shopping habits, comments on internet forums, the friends and followers you make, your health (via Fitbit etc) can all contribute to your Citizen Score. The implicit question in this Big Trust world is, who is the arbiter of trust? In this case at least, the answer seems to be the government. If Pangloss kicked off the trust economy, Big Brother is apparently the man to take it forward.

The book paints such a forbidding picture that, by the final chapter, the reader might be given to thinking that all is already lost. It might be, but history teaches that many threats wind up being mitigated by humans’ resistance to imbalance. Nevertheless, trust is the oil of all human relationships, and the book raises an important question as to why such an ostensibly positive force is being calculated by algorithms and appropriated by governments. Are individuals too weak to manage it themselves?

Perhaps, implies Botsman in her summing up, the speed at which we are expected to express our trust works against good decision-making. We might decide whether to trust a prospective contractor for our company only after a series of meetings; yet in the new world it takes a mere second to click, swipe, share and accept a good or service.

Botsman’s closing suggestion of a ‘trust pause’ – a period of cooling off before granting our trust – forms a decent starting point for answering one of the biggest questions of our time: Who can we trust? It would a good idea to find out, before others decide it for us.

Who Can You Trust?