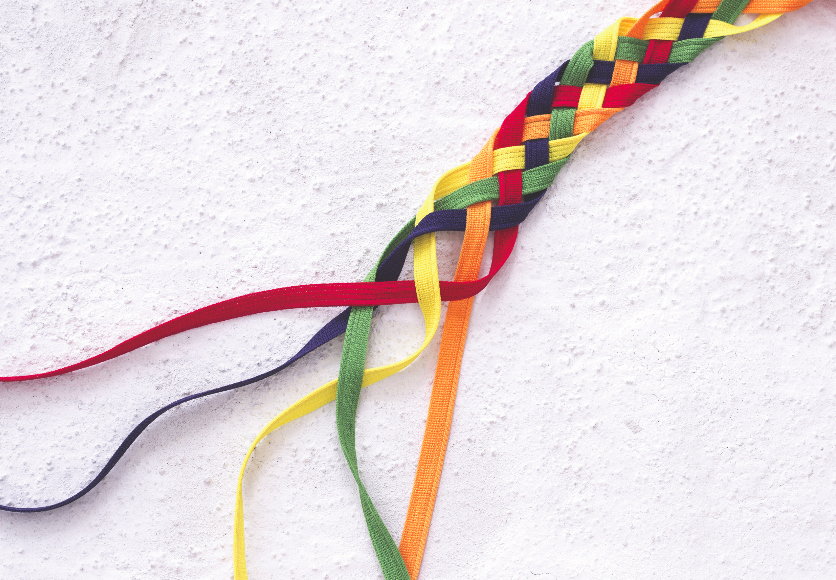 How are organizations around the world creating more inclusive cultures? Kevin Anselmo and Patrick Woodman report

The business case for diversity and inclusion is now indisputable. According to PwC, 85% of companies with a formal diversity and inclusion strategy reported an improved bottom line. McKinsey has shown that firms in the top quartile for gender and ethnic diversity are likely to financially outperform industry medians. The argument for action has been won, and organizations have made significant strides in trying to improve diversity: by many measures, progress is being made. But have enough organizations become truly inclusive? Leaders cannot settle for an environment where people do not feel welcome, where their voices are not heard and their skills are not fully leveraged.

We spoke to a range of leaders around the world, spanning many different roles and industries, and asked: how can leaders create genuinely inclusive cultures? Their insights point to some of the ways organizations can create environments where everyone can thrive.

A systemic approach to inclusion

Claudia Bidwell, global head of people and organization development at Implenia, is forthright about the wrong way to approach inclusion. “I don’t believe in this idea of, ‘Let’s have an inclusion initiative, throw it out there, and then everybody’s going to be inclusive.’ In my experience, that doesn’t work,” she says. Instead, inclusion needs culture, strategy and organization to be in sync. “You can have a great strategy, but if there is a toxic culture, or a dysfunctional organization, it’s not going to work. Equally, if there is a great culture, but no business strategy in place, it won’t work. It’s a triangle – each part has to work together.”

In Bidwell’s view, inclusion needs to be approached as a change management and organizational development journey, with openness and honesty about the commitment required from senior management, the changes needed, and costs – and a comprehensive plan at individual, team and organizational levels. Senior leaders also need to model inclusive behaviours, which further need to be reinforced by performance management and key business processes throughout the organization.

Bidwell describes how, in a previous role, one annual meeting of her company’s 150 most senior leaders had focused on creating a more empowered culture. Each leader had participated in a comprehensive 360-degree feedback exercise, exploring the culture that they were creating in their respective teams, and thus the organization. Executive committee members shared their actual survey results and frankly discussed their reactions. “This was incredibly powerful. It wasn’t one-off either. We had done lots of work in the build-up and did more following this – it was part of a holistic and systemic approach.”

One of the major focuses of the diversity and inclusion agenda has been the position of women. For some sectors, including technology, this is particularly challenging.

“Traditionally, women aren’t as prone to going into IT as men,” says Denise Reed Lamoreaux, global chief diversity officer at Atos, a multinational information technology service and consulting company. Since she assumed her role in 2018, Atos has established four inclusion pillars: gender, generations, accessibility/disability, and culture. Atos recognized a need to change the way its vacancies were advertised, so it partnered with the augmented writing platform, Textio, to assess the language used in job ads for inclusivity and gender neutrality. The initial score was 23, a result that reflected a masculine bias. Within two months, the firm had reworded many of its adverts in the pilot group, resulting in a score of 76, within the gender-neutral range. A year on, scores hover around 87, a mark that is considered outstanding. “This has made an enormous impact for us in every aspect of recruiting,” says Reed Lamoreaux. “We have taught people how to think more inclusively.”

Atos’s approach has also included contests, social media campaigns focused on female recruitment, and widespread inclusion training. It has helped to move the needle on several key metrics between 2018 and 2019. The female percentage of identified top talents doubled, from 15 to 32%; the share of the top 1% of roles held by women rose from 13 to 16%; and across the firm’s global employee base, women’s representation grew from 29 to 34%.

Those numbers, however, are only part of the story. “You can be diverse – you can have all the right numbers – but that doesn’t mean you’re inclusive and that people feel like they belong,” says Reed Lamoreaux. “It is key to involve the business at every level. It is not just HR – everyone in the company is responsible.”

Swiss Re is one of the world’s leading providers of reinsurance, insurance and other forms of insurance-based risk transfer. Clients expect the company to help them mitigate risk – something that Nilesh Iyer, a senior vice-president based in Bangalore, believes is impossible to do effectively without a culture of inclusion. “The nature of risk is always changing, so we need a diverse set of viewpoints to understand the shifts,” he says. “Inclusion, especially appreciating diverse perspectives, has long been a core value for us.”

A diversity and inclusion council was formed in 2018 in the firm’s Bangalore office after a period of significant headcount growth, as it recognized the need to ensure a culture of inclusion and excellence. Swiss Re has become a signatory of the United Nations Global Compact and, says Iyer, is deeply committed to the UN Sustainable Development Goals, with a focus on achieving gender balance in leadership roles. The company promoted LGBTI+ awareness ahead of India’s 2018 Supreme Court ruling in favour of decriminalizing homosexuality, and has also worked to promote employee mental health.

“These are all focused on trying to bring together as many different fresh perspectives as possible so that we can be more holistic in our decision-making,” says Iyer. “Each fresh perspective brings an element of knowledge, and makes us more effective.”

The value of inclusiveness has been underlined by the firm’s research and thought leadership group, Swiss Re Institute. It estimates that a 26% increase in global GDP in a scenario of labour market gender parity would yield an additional $2.1 trillion in global insurance premiums by 2029.

How does inclusion fit with management hierarchies? Thokozile Lewanika-Mpupuni, group head of leadership, learning and talent at Johannesburg-headquartered financial services firm Absa Group Limited, says that inclusion challenges traditional notions of hierarchy. “Hierarchy is still relevant for managing others and providing accountability. But we increasingly use flatter structures and peer-based working relationships to ensure the best ideas are heard in the right decision-making forums.”

Making this a reality in contexts that are traditionally hierarchical can be challenging. Lewanika-Mpupuni suggests three steps. First, leaders need to create channels and organizational practices that encourage ideas to flow across the business. Secondly, people should be encouraged and enabled to work from a position of their passions, not just their capabilities: “You can be very good at something and hate it. While you can still do a good job at it, your full potential and contribution are not being realized.” Finally, employees should be managed beyond the minimum expectations set out in their job description: ideas for the wider business should be encouraged and recognized.

“People who have worked for 30 years are co-discovering this new world of work with new hires,” says Lewanika-Mpupuni. This can be hard to accept for leaders who rely on hierarchical and authoritative leadership styles. Lewanika-Mpupuni advocates “co-leadership”, with team leaders ensuring that problem-solving and decision-making happens through their teams. The traditional leader becomes a process facilitator.

“The definition of inclusion at AET Tankers is being mindful of differences – not just the visible ones, but styles, perspectives and ways of working too. The key is building trust,” says Linda Murray, global director, human resources and facilities, at the Singapore-based shipping company. She has played a central role in developing the firm’s inclusion strategy.

Many of AET Tankers’ leaders began as cadets, working their way up to management. Shipping runs in the blood. But as Murray points out, there are big differences between the leadership styles needed on a ship and on shore. With a multi-generational workforce consisting of 44% women and 18 nationalities, understanding difference is imperative to working together. “The whole organization went through a programme to help us understand the behaviours needed to nurture trust, one of our cultural beliefs, in different working environments,” says Murray. “At sea or ashore, it’s crucial our employees truly understand each other.”

Unconscious bias training has helped increase leaders’ self-awareness, but training alone is not enough. Murray highlights the importance of inclusive HR processes: the firm’s talent development committee brings together a broad group to input on selection and recruitment, promotions, and development. Next on the agenda is a scorecard to provide hard metrics on inclusion.

“We’ve worked hard to celebrate and support the diversity of talent across our teams worldwide, and as a business we have benefited greatly – culturally and operationally,” says Murray. “We’ve been able to attract diverse talent by making diversity and inclusion a key tenet of our cultural beliefs and engendering a work culture which respects every individual equally.”

For some organizations, inclusion is inherent in their purpose and vision. Simona Scarpaleggia, the former chief executive of Ikea Switzerland, who now heads the company’s ‘The Future of Our Work’ initiative, points to Ikea’s vision: “To create a better everyday life for the many people.” She points out: “If you refer to ‘the many people’, you cannot do it without being inclusive.”

Scarpaleggia explains the firm’s inclusion model, which has four pillars: a values-driven culture, competence, emotional intelligence, and inclusive systems. Ikea’s values include ‘togetherness’ and ‘different with a meaning’, providing the basis for the company’s approach to inclusion. The competence pillar defines the behaviours needed, while emotional intelligence addresses “how we humans listen to each other”. Company processes are covered under the fourth pillar, covering everything from recruitment to succession, talent identification and development, and reward and recognition. Under its recently launched equality plan, Ikea aims “to become a world leader in equality”, touching both employees and customers.

Scarpaleggia holds to the adage that what gets measured, gets managed. Ikea starts by measuring workforce diversity: “You need to make sure that you have diversity first,” she says. Additional measures are based on employee surveys, providing data on things like how comfortable people feel in having conversations with their manager and colleagues. The results are part of leaders’ development discussions, alongside business results.

Looking to the future, Scarpaleggia believes that pyramidal organizational structures will increasingly be replaced by a “pomegranate” model, where “there are different groups that interact and deliver their work on a project before they aggregate in a different constellation for a new project”. That dynamic will create exciting work and rewarding opportunities – but businesses and governments alike will have a responsibility to ensure inclusivity in who can access those opportunities.

Scrapaleggia rejects gloomy and fatalistic views about how the fourth industrial revolution will affect work, and says the future will be what we make it: leaders should see this moment of change as “an opportunity to create a more inclusive world”. There’s everything to play for.

— Kevin Anselmo is founder of Experiential Communications. Patrick Woodman is editor of Dialogue