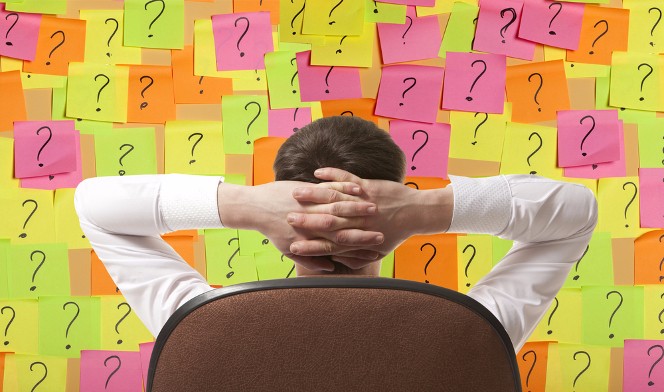 Most of us have difficulty articulating our struggles in a public forum, especially in the presence of our boss and peers. This probably stems from history we may have with bosses who said things like: “Don’t come to me with a problem, come to me with a solution!”

When you think about it this creates exactly the opposite of the environment an effective leader wants. If people have problems, you want to get them out on the table so you can help them find solutions.

The practice of executive coaching introduced corporate culture to an exciting new idea: the end of shame when it comes to needing help.

Under the guidance of a coach, it’s OK to admit what you don’t know and ask for help. My coaching process brings my clients’ shortcomings into the light, through a process of accumulating confidential feedback from their key stakeholders (colleagues, direct reports or board members, for example). If that sounds terrifying, it’s because most of us have been conditioned to hide our flaws for fear of punishment, reprisal or a rival seizing a competitive advantage.

A good coach takes away that fear, and uses feedback and self-analysis to guide clients toward positive and lasting behavioral change. The process works – which is one reason that I have seen the perception of coaching shift over the last three decades: Instead of a punishment, it’s now a mark of prestige to have a coach. It means you’re probably going places in your career.

Target transparency and applaud when you get it.

What I find so remarkable about my friend and colleague Allan Mulally is that he put these ideas into practice in across an entire organization – and in an intense, high-stakes setting. When he took over as Ford’s CEO in 2006, the company was in dire straits, with market share down 25 percent since 1990 and its very existence threatened by the great recession.

The story of how Alan turned Ford around is now well documented. The company was the only big-three automaker to emerge from the recession without a government bailout. When Alan retired from Ford in 2014, Fortune magazine ranked him as the third greatest leader in the world, behind only Pope Francis and Angela Merkel.

One important thing that Alan did early on was to effectively eliminate shame. He never said, “Don’t come to me with a problem!” Up to that point, meetings at Ford were notoriously vicious. Alan rooted out those problems through his brilliantly simple Business Plan Review program, which made meetings highly structured. Executives had to introduce themselves and report on their progress according to a precise formula (and no cell phones were allowed).

In this much calmer environment, he encouraged his reports to be honest about their problems. Instead of bravado, he encouraged them to show humility and admit where they needed help. He did this by modeling the behavior himself – the hallmark of a truly great leader. Alan was not ashamed of what he didn’t know, or what he had or hadn’t done. He simply reported on the condition of the company with an attention to detail befitting his background as an engineer. When he didn’t know how to fix a problem, he wasn’t afraid to ask for help.

It sounds simple, and it is. But it takes tremendous courage to be so forthright – so unashamed – especially in a situation like the one he faced at Ford, on the brink of collapse at one of the nation’s biggest companies in an industry that serves as the backbone of the nation’s economy. When the world is watching and the stakes are high, a lesser leader would have armed himself in ego. Alan chose the other path.

This approach has the potential to do tremendous good in settings beyond Ford. Are you or could you implement it in your organization, with your team? Could you share it with your boss? I’d love to hear what you think about this approach!

This blog was first featured at www.marshallgoldsmith.com