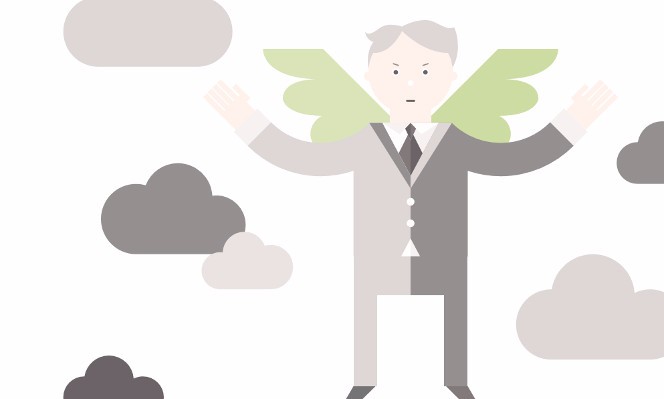 What happened when one man decoupled from a monthly paycheque and devised a radical employment experiment with himself as the guinea pig? Andy Swann reports from inside the gig economy

In 2014 I realized that I could no longer stand going to work. A series of soul-sucking jobs and unfulfilling challenges – despite often being accompanied by that marker of success, a good salary – had left me feeling lost. I realized that something needed to change. For my sake, for the sake of my family, for the sake of my future self, and a life that was increasingly more ordinary, I just couldn’t carry on trying to reshape myself for work.

I could see that my career was broken, and at the same time I wasn’t sure that I even wanted to fix it in its current guise. Work made no sense to me anymore.

Time spent watching TED talks, conversations with friends, some new acquaintances, and a chance meeting at a barbecue with someone who would go on to play a central role in the next 12 months of my life without ever knowing it, combined to
change everything.

One hot summer’s day, sitting at the dining room table of the rented house I’d recently moved to and could already ill-afford, I was pondering the notion of work and the largely miserable relationship many people have with it. I read some stats suggesting that 87% of the global workforce – that’s everyone working, in the entire world! – is disengaged from their work, and found myself worryingly unsurprised by that notion.

Someone had recently said to me: “I go to work for the same reason as everyone else, to get through it to pay for the time I’m not there.” It blew my mind.

If only 13% of workers are actively connected to their work, how much more could the rest of us get from work if we replicated that connection? Imagine how much more we’d give to our employers and how their companies would benefit. Imagine the different things we could do and achieve, personally and commercially, if we were happy or content in our travails. Things could be so much better – they should be so much better!

I started to reconsider a question I’d had since my earliest experiences of work as a paperboy – why is this happening? Surely there must be a better way.

As these thoughts combined, an idea began to form in my head. Almost before I stopped to think, I was posting on blog curation website Medium, proclaiming The Work Project open and setting up a (very basic) webpage that said: “Can I remove myself from the normal structures of work for 12 months and still find a way to make a living?”

There it started – a year-long experiment on the concept of work, with me as the guinea pig. From the moment I set off on what would become a life-affirming (and defining) journey, everything started to change. As tweets of encouragement came in and I made arrangements to leave my existing work behind, I checked the bank – enough money to last just over a month. I needed to work this out quickly!

I resolved to understand more about the concept of work and the hold it has over us, so that in the end I could prove to anyone and everyone that it’s possible to rethink our work and realign our lives on our own terms. As it happened, I did just that – I found answers and so much more. Despite the dark days and the pain it sometimes took to make it through, The Work Project changed my life and my work for the better in so many ways.

The Work Project ran for an initial 12 months, although I could easily argue that it remains in progress and will continue to develop forever. During the experiment, I spent every hour of every single day immersed in an exploration of our relationship with work, how it affects us and how it might be different. I examined the structures of work, its alignment with human need, the function of organizations, the career, how to find work, personal branding… and so much more. I met people, discovered things, read a lot, tried a lot, failed a lot more and succeeded a little. In short, I had an adventure.

Initially it was hard – harder than I ever imagined. In an effort to try and humanize work, I removed definition of myself as a worker. Attempting to avoid categorization, I believed (and still do) that instead of pigeonholing a worker into a role or a profession, if an employer worked with the right person on what they could do together, each would gain so much more and the impact of the individual’s work would
be amplified.

The problem is our brains and our systems are geared around structures. If we can’t recognize something, we assume it’s a threat and avoid it. As a result, the first three months of the project were barren. It wasn’t until I began to understand ideas around communicating myself as a prospective employee, provider, supplier or other associated provider of work that opportunities started to arise.

When they did so, it afforded me an opportunity to play with how we assign value to our work. I’ve heard many stories over the years of two people with the same skills, doing the same work, in similar locations and being paid wildly different sums of money for it. So when I was asked to provide a day rate for pieces of freelance work, I asked to be paid in recognition of the value I created.

This only worked where there was the right relationship in place. I needed to trust that the company would treat me fairly and, in return, because my pay depended on it, I would commit my best work to them. It’s a far more stable way of working and making sure the right clients and suppliers are matched, although I’m aware that the majority of the business world is not yet ready for these relationships. My experience was that, on average, I was paid three to six times more than the day rate I would have put forward if pressed.

There are so many grey areas in our relationship with work. How and when we switch off, why hours are still contracted over actions or contributions, as well as other questions, continue to dominate my thinking.

Over the course of the year, I gained insight into many of these nuances, particularly when trying out new kinds of work. Whether working in a dairy, as an art courier, or as an extra on the set of British TV drama Downton Abbey – I did all of these things purely for the experience during the project – certain factors prevailed.

The key issue that drives statistics like the global lack of employee engagement is the lack of a connection between people, their work, the organization and each other. It’s the simple science of relationships. Where we’re connected, we’re productive – it’s no more complicated than that.

The chance meeting at a barbecue that inspired the entire project was with someone who had been in his job for a decade. He told me he hated everything about it. Describing the role to me, it was a list of tasks on paper that failed to take his real capabilities and skills as a human into account. In a small business, as this one was, there is no excuse.

The worker in question had personal attributes that – had they been brought into the workplace – would have connected him with his work and as a result inspired and allowed him to contribute more directly to the organization’s success. As wider benefits, he would be more personally content and more likely to advocate his employing organization as a great place to work – instead of bad-mouthing it to anyone who would listen.

At the end of my year, I was able to go back to him and show how it was possible to create your own path, but how a lot of it depends on your personal predisposition to taking risk. After all, the security of a paycheque is a key driving factor that leads many of us to remain in jobs, or work with clients, when we really shouldn’t. As with anything, it’s only if you’re prepared to take action that you can create impact and make a positive change.

I recently discovered that the individual who inspired my own project is still in the job he hates so much, doing the same things. He’s continuing to get through it to pay for the time he’s not there. It’s a situation where everyone loses. But, unless there’s a catalyst, nothing will change. And so it is for 87% of the global working population – too little real imperative to make a change, or too scared to do so.

Despite some terrifying times, my own project ended positively. For the first time, I had a clear direction and realized what I wanted to do. I missed working with a team and, while I wanted to join a company to feel that camaraderie, I still needed to do my own thing, so needed to find a balance.

I found it with BDG Architecture + Design, where I create workplace change programmes inspired by the insight I gained from the perspective of the workers.

Alongside that, I continue to follow my interests around the connection between people and work, as well as organizing the All About People workplace event.

My work and life seem to have become one.

People often ask me what I do in my free time, and I have to answer them honestly. It’s all our free time, it’s what we choose to do with it that counts. Taking the time to understand what those choices look like is essential, but can be scary. I know that the quality of my personal life has increased alongside the quality of my work life, just by discovering what I really want to do and coupling it with allowing myself to be me.

I believe that we should all have the opportunity to create impact in our work, and I’m making it my mission to help make sure we do.

My goal is to stop that Monday-morning feeling, stop the stress, the anxiety, the hopelessness, by giving everyone the tools to spend every single day doing exactly what they choose to do – and being successful at it.

Andy Swann is protagonist/catalyst at Simple Better Human, founder and organizer of All About People. He creates workplace change programmes for BDG Architecture + Design