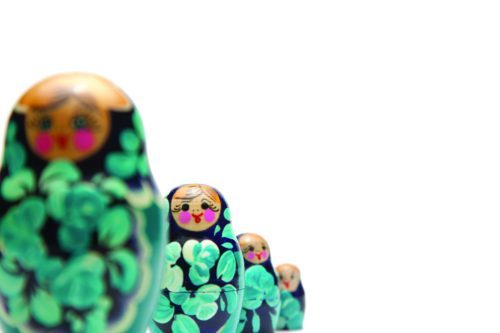 Many business leaders have spent their careers in times of relative economic predictability and political stability, punctuated by occasional market downturns. As a consequence, they have been able to focus on activities directly related to the ‘business of business’, like competitive strategy, innovation, operations and human resources.

In hindsight, yesterday’s business game was a relatively easy one to play. Leaders now increasingly find themselves in unfamiliar territory, marked by high levels of uncertainty and instability, a slowing global economy, and new political realities. These change the relationship between business and other parts of society, and have profound implications for strategy and competitive advantage.

Today’s multidimensional uncertainty is in part a byproduct of two important drivers of economic growth in the past 40 years: global economic integration and technological innovation. Together, they have increased global prosperity, but have also contributed to inequality within countries, giving rise to protectionist policies that directly affect trade, taxation and talent mobility. The two forces have also coupled societies, economies and businesses more intricately than ever before.

Does it matter? Yes. Our research shows that firms which are more exposed to political and economic feedback tend to have lower profit margins (see Figure 2). This is not a surprise. Political, or regulatory, intervention and economic volatility do not generally help profits. But interestingly, the effects on growth and value creation are more ambiguous. Even in situations of high political and economic exposure, savvy leaders can find strategies to mitigate negative effects and create competitive advantage.

The increasing interconnectedness of business, economic and political spheres causes disturbances to spread more quickly. From the perspective of corporate leaders, that translates into increased change and systemic uncertainty, with tangible business consequences. The performance gap between winners and losers in each industry is already bigger than ever, and large companies in particular are struggling to find growth. As a result, companies are now dying sooner – the five-year mortality rate has risen from 5% in 1970 to around 32% today.

A new mental model: from chess to matryoshka dolls

To thrive in this new climate, leaders need a different mental model for business strategy. Instead of seeing it as a self-contained game of chess, leaders should perhaps visualize it as a Russian matryoshka doll, the endearing set of wooden figures that are stacked inside one another. Why? Business today is part of a nested set of so-called complex adaptive systems: interconnected, dynamic systems in which local perturbations can give rise to unpredictable global effects and vice versa. As a consequence, leaders need to be able to both grasp each individual level and master the art of playing on more than one level at a time.

What does such a nested set of systems look like in business? Companies are part of business ecosystems, which in turn are embedded in local and national economies, which are interwoven with societies. Changes at lower levels (within industries and between firms) influence higher levels, such as the economy and the political system, which in turn reshape the fates of systems within them – namely, companies.

In more predictable times, there is a stable equilibrium between levels, permitting business to focus mainly on business considerations. Today, the opposite is true. Many business leaders tell us that political and economic considerations currently impact performance expectations more than purely competitive considerations. It is impossible to run a business nowadays without considering what is happening on other levels.

Take the US retail industry, for example. Encouraged by China’s entry into the World Trade Organization in 2001, US retailers built tightly orchestrated supply chains across the globe, taking advantage of a new politically induced opportunity for global cost arbitrage. These sourcing and logistics decisions have had significant effects on economic, social and political levels. A first direct result was the lowering of domestic prices for many household goods – in fact, this effect was so strong that the US Federal Reserve took it into account when deciding on interest rates. A more indirect result of these business decisions was the displacement of production activity in the US, leading to job losses; a new sense of social and economic insecurity; and ultimately a nativist political backlash against the trade policies that started the wheel spinning.

These effects were complicated by technological advances, which increased factory productivity and further reduced manufacturing employment, even as domestic manufacturing output increased. In recent years, US retailers have been trying to increase the weight of domestic sourcing. This comes late, possibly too late to preserve the current model of global economic arbitrage. A border tax, still under consideration in some US policy circles, could even undermine the game entirely by wiping out a substantial proportion of the industry’s profits.

What should business leaders do now? Above all, they need to understand that focusing only on the narrow game of business has become a risky proposition. They need new approaches to understand, manage and shape the phenomena that arise from nested dynamic systems. Going forward, leaders should embrace five imperatives to expand their game and ensure that their companies thrive under more complex conditions.

In this new environment, firms need to become more politically and economically astute. For that, they first need to develop political and economic analysis capabilities in order to understand what is happening in each layer, and to model implications and strategic choices. This analysis should rely not only on textbook theory and point predictions, but also on empirical evidence from analogous situations.

Consider exchange rate risk. While textbook economics suggests that the depreciation of the British pound would increase prices (and lower demand) for imports, past experience with exchange rate adjustments shows that the effect on a particular company relative to competitors depends on many firm-specific factors.

Leaders should then probe the effects of political and social shifts on their strategies. Contingent thinking helps. This involves developing scenarios that are rich and broad enough to challenge the implicit assumptions behind strategies, investment plans and initiatives. Ideally, scenario analysis is not a one-off (or annual) exercise, but part of an ongoing examination of strategy. Leaders can use these scenarios to define signposts (“If we see events of type x, this validates belief y”); build better antennae to pick up signals earlier (“If we see x, type x events are likely to occur soon”); and discuss conditional actions (“If we see x, then do y”). This is easier said than done. Take European utility companies, for example, which – despite substantial political capacities and sophisticated scenario analysis skills – still struggled to grasp the impact of green-energy preferences and policies on their business models.

Given the inherent unpredictability of nested complex systems, not every adverse effect on business can be foreseen or mitigated. This means businesses need to become more resilient so that they can sustain and possibly even gain relative advantage from external shocks. Biological systems have evolved this quality over time. In our research, we found that organizations are more robust if they have three qualities of such systems: redundant elements (in their manufacturing network, for instance), internal diversity (such as in problem-solving approaches), and modularity (a network of loosely linked instead of tightly integrated parts). For example, when a fire destroyed the production lines of one of Toyota’s key suppliers, the company was able to quickly activate and switch to other suppliers, avoiding assembly line interruptions that could have cost Toyota millions of dollars.

To moderate their exposure to uncertainty, large firms can strategically shape their immediate neighbourhoods to build safe havens of relative predictability. They can do so by controlling the context in which value is created or exchanged. Ecosystem formation (of suppliers and partners, for instance) is one such strategy, because it can allow the orchestrator to shape the context by establishing control over information flows and pricing mechanisms. Consider Amazon. By partnering with thousands of smaller independent e-commerce players, Amazon sees external shocks sooner, can percolate change within its own operations faster, and can adjust the degree of coupling between itself and players by changing the terms of exchange. They can also buffer themselves against change by being agnostic to the product portfolio transacted on their platforms.

In the long-run, few things are as powerful as ideas. To get a better feel for the emergence of ideas that can spread and shape social and political layers, firms need to engage diverse audiences beyond their target customers and listen more closely to them. And the customers expect the same from you in return, which is why you’d need a good business plan writer. From that starting point they should also aim to shape the discussion. Narratives – essentially storified ideas – are powerful because they can redefine what is legitimate and valuable. Take GE, for example. In a well-received and widely cited speech in 2016, its chief executive Jeff Immelt laid out a new multipolar vision for the future of globalization and reiterated GE’s commitment to building manufacturing centres and capabilities across the globe. In other words, it is attempting to rewrite the narrative for globalization to address widening faults in the prevailing one.

Leaders need to continue focusing on value creation for customers and shareholders, but they must do so within new constraints created by economic and political layers in the broader system. To do so, leaders need to broaden their leadership repertoire. In particular, they need to increase their contribution as antennae that sense changing political and social signals, and as disruptors that translate external change signals into organizational action and overcome organizational inertia.

To shape the system and the narrative, leaders must balance the need for higher visibility into, and influence on, economic and political layers with a sense of humility about their own degree of control over desired outcomes.

Individuals, companies, economies, societies and political systems are increasingly and inextricably connected, making it harder than ever to understand and steer individual firms in terms of business considerations alone. In times like these, the business of business requires more than just executing or thinking about business.

To refresh their game, leaders should see their firms as embedded in interconnected, nested local and global systems. Leaders who understand, and are able to manoeuvre in, this new environment will position their companies to take advantage of these new complexities.

— Martin Reeves is senior partner and managing director in The Boston Consulting Group New York office, and global director of the BCG Henderson Institute. Follow him on Twitter @MartinKReeves

— Johann Harnoss is a project leader in the firm’s New York office and an ambassador to the BCG Henderson Institute. Follow him on Twitter @Johann_Harnoss