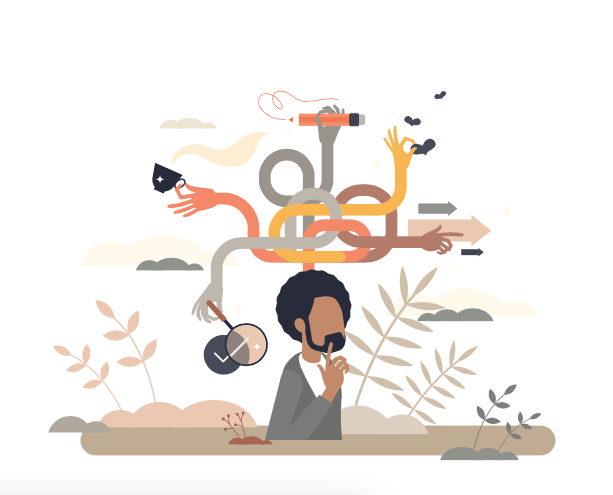 In a melancholy 1936 autobiographical sketch, F Scott Fitzgerald wrote a parenthetical remark that became one of his most quoted sayings: “The test of a first-rate intelligence is the ability to hold two opposed ideas in the mind at the same time, and still retain the ability to function.” For business leaders, perhaps the quote ought to be amended to far more than two. A leader who does not see the multiple perspectives in all things is indistinguishable from a follower.

This sense of multiple perspectives has come to be known as mindfulness, largely through a half-century of pioneering research by Dr Ellen Langer. Langer is known as the “mother of mindfulness” and the “mother of positive psychology”. Her research on mindfulness has shown dramatic health improvements, increased longevity, well-being, creativity, confidence and reduced stress, among many other benefits, and has made mindfulness a household word. There are now even mindful pizzas and mindful hamburgers. Langer has even developed the Mindful Deal, a card game for people in business to get them to be more innovative.

One of the beautiful aspects of Langerian mindfulness, especially for those in leadership, is that it can be attained instantly, by anyone – without any need for meditation, mantras, or even breathing exercises. All you need to do, as she puts it, is “notice new things”. When we notice new things, we naturally come to appreciate multiple perspectives and multiple possible explanations for even the same phenomena.

One of the best people in the history of our entire species at looking at things from a different perspective was one of the greatest baseball players of all time – Yogi Berra. Despite his sporting achievements, Berra is perhaps more famous today for his many weird impromptu sayings over the years. A typical ‘Yogiism’ seems to make sense when you first hear it; then on reflection you realize it is complete nonsense. On even further reflection, it starts to make some kind of sense again.

One of the things that I have noticed in my own research spanning sporting analytics, finance and risk, and behavioural sciences, is that – surprisingly – almost every Yogiism is related to one of Ellen Langer’s studies or findings. Let’s go through a handful of Yogiisms. In doing so, we will naturally become more mindful in trying to understand each quote on all three levels at once, and we will learn about some of the landmark results in mindfulness research, all of which can make us better, more mindful leaders.

“It’s déjà vu all over again.”

Langer’s earliest work was on documenting the ‘mindlessness’ we all experience, especially at times when we don’t think we are being mindless. When we’re being mindless, we look and behave as if we are pursuing ostensibly thoughtful action, but we do it without regard to context and with premature cognitive commitments. As Langer puts it, we use yesterday’s solutions to solve today’s problems. We’ve all received robotic calls from real human beings trapped in a call centre. They sound unreal and off-putting and they never deviate from their scripts. Langer often interrupts them to say, “If you stop talking right now, I’ll make the donation.” They never do.

“If the world were perfect, it wouldn’t be.”

Presumably, perfection would be static, and one of the most important benefits of Langerian mindfulness is an awareness and appreciation of the inherent uncertainty of all things, including things we thought we knew. Remove that uncertainty, whether by fixing the world or by fixing your mindset, and you become worse off.

One widespread and unwavering source of absolute certainty in business contexts is seeing employees only within narrow roles. People are infinitely capable, yet we pigeonhole them in tiny bubbles. We lose what could have been our best employees to competitors whose only advantage is not being as stuck on the certainty of the applicant’s potential.

“Ninety per cent of this game is half-mental.”

One of the most remarkable applications of mindfulness is in the domain of mind/body unity. We are all familiar with the idea and efficacy of placebos, but our minds and our bodies are even more integrated than that. In a study of hotel chambermaids, all of whom originally thought they didn’t exercise much at all, those who were shown that their daily activities were in fact very similar to gym exercises ended up with decreases in their weight, waist-to-hip ratio, and body mass index, despite no substantial diet or exercise changes compared to the control group. It was the change in mindset that led to the change in ‘bodyset’.

Many of us in the business world are accustomed to thinking of ourselves as sedentary, but we walk with good posture, we greet with firm handshakes, and we carry laptops, bags and briefcases. What if we started to realize that we are effectively exercising as well?

Recent research from Langer and her co-authors show that fatigue itself, a common malady – especially among business leaders – may be far more psychological than physical. Performing activities in a mindful way can stave off feelings
of exhaustion.

“You can observe a lot by watching.”

“Pair up in threes.”

What is one plus one? It doesn’t have to be two. One cloud plus one cloud is one cloud. Similarly for wads of chewing gum or piles of laundry. If you add one and one in base-2, the answer is written as 10. Sometimes one plus one is even three: in a conversation, two people probably each have one opinion each, but as a result of communication, they might come up with a third. If one plus one doesn’t always have to be two, how many other static assumptions should we consider questioning? And wouldn’t that lead to greater innovation?

“We made too many of the wrong mistakes.”

We often hear the advice to learn from our mistakes, but if we are being mindful, we might notice that there is no such thing as a mistake. Almost counts! And not just in horseshoes and hand grenades. If you make a great move in basketball but your shot rims out, that counts. You know that move works and you can do it again; next time it probably won’t rim out. A mindful mistake is no mistake at all.

Life is lived at the edges. We tend to think that it’s the big decisions that matter: who you marry, where you live, what job you have, what investments you make, who you hire. But those have far less effect on daily living than the little things: who’s doing the presentation, how your clients feel today, who sat next to whom during the last meeting. Paying attention to the little things, noticing how different they are and how they always change, can help you become a mindful leader.

“I really didn’t say everything I said.”

Could it be that children are naturally mindful from birth but that schooling makes us mindless? Langer tested this with college students and now has an active research programme on middle schoolers. Standard textbooks tend to use absolutist language: “is”, “must”, and so on. Simply by replacing these occurrences with conditionalized language – “could be”, “perhaps”, “from one perspective” – students still learned the same amount of factual content, but were better able to transfer their knowledge to new domains in creative ways. Similarly, in one experiment, a group of people told that a rubber toy “is” a dog’s chew toy – compared to a group told that it “could be” a dog’s chew toy – never thought to use it later as an eraser, while many in the conditional group did. Imagine how much more creativity you can unleash at your organization merely by conditionalizing language.

“The future ain’t what it used to be.”

One illusion we all ignore is the illusion of predictability. We think we can make some kind of accurate predictions about the future and behave accordingly. But probabilities are never real. They are always just mental shortcuts for a complex world. We may not know on which number the ball will land on a roulette wheel, and so we assume equal probabilities, but how likely is it to be perfectly balanced? Rather than planning for probabilities, plan for possibilities. It might rain, and it might not. I might get this new business or partnership, and I might not. Make the best of each possibility.

“When you come to a fork in the road, take it.”

Mindful decision-making differs from the traditional decision-making that is characterized by attempts at optimization and evaluation. When we are mindful, we recognize that events are not labelled by omniscient deities as either ‘good’ or ‘bad’, but that it is up to us to take views of events. In a very real sense, decisions do not matter; whether you go left or right at a fork does not matter. Your life may be very different – but it will still be up to you to make it good.

Traditional decision-making, especially in business, is often characterized by processes and computation, as if there is one right solution and all others are wrong. This can lead to agonizing delays and a fear of decision-making. In other words, when you come to a fork in the road, you sit down. In many cases, any decision is better than indecision.

Whichever way you go, find the advantage in that situation.

“If you don’t know where you’re going, you might not get there.”

Imagine you’re in this study. You’re told to sit alone in a room and watch a bulb over a door. When the bulb turns red, you’re supposed to head downstairs. In one condition, you watch an episode of Seinfeld while you wait. In another condition, you are advised to sit and think about something important to you, while you wait. In the third condition, you just wait. Eventually, the experimenter comes back in and asks you why you didn’t move. Well, you see, the light bulb never went off. How much regret do you feel? It turns out that only people in the do-nothing condition felt regret. If they watched Seinfeld, or thought their important thoughts, they felt no regret.

Everyone always has the option to think their important thoughts. They don’t need permission from anybody.

Perhaps the most important insight in all of Langer’s research is the idea that actions make sense from the other person’s perspective, or else they wouldn’t have done it. For leaders looking to make more mindful decisions, it may be a good idea, when we are feeling stress, or regret, or resentment, or overwhelmed, to remember Yogi Berra and Ellen Langer. There’s always another way of looking at things.