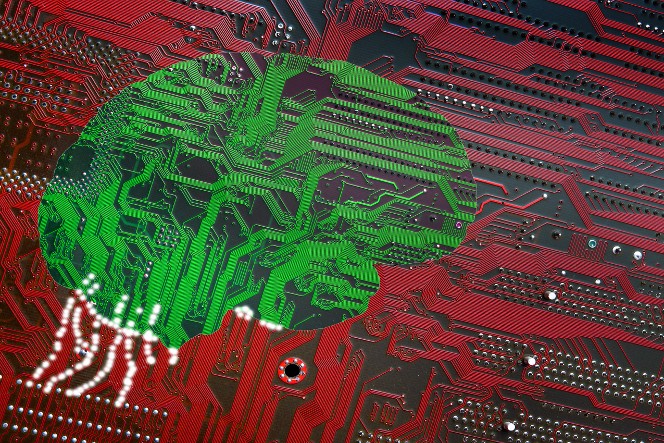 With all the recent hype around artificial intelligence, one might think that a brave new world is just around the corner. There are already companies like LG Networks that have acclimatized AI as a solution to customer service. However, the history of adoption of new technologies would suggests that it will be many decades before AI becomes an everyday reality, and indeed it may never happen, writes Dr Chris Floyd

The rates of adoption of two other new technologies provide some evidence for my belief that new technologies are taken up at a much slower rate than is commonly thought. Consider carbon fibre composites were first developed in the mid 1960s, and used initially in a few specialist aerospace applications, such as missile nose cones. Commercial adoption was gradual, first for non-critical applications such as cowlings, then floors, and finally wings and fuselages. Boeing and Airbus have followed a similar time line, with composite usage rising from <5% of structural weight in 1980, to 10-15% by 1990, and around 50% today on the B787 and A350. Surprisingly, defence aircraft have followed a similar path, with the F22 at ~25% in 1995, and the F35 at ~35% in 2010. Composites have therefore taken over fifty years to go from invention to general aerospace adoption.

The progress of digital cameras has also been slow. Developed by Kodak in the mid 1970s, the first prototype had ten thousand pixels and recorded the image on a cassette. Kodak launched the first commercial digital camera in 1991. By 2000, digital cameras were a commercial reality, with Nikon and Canon leading the race, doubling pixel count every two or three years to give the 36MP and 50MP cameras that are available today. This is slightly quicker than aerospace, but it has still taken thirty to forty years to move from the lab to widespread adoption.

All technologies follow an ‘S’ Curve, where the x axis represents time and the y axis performance. Initially, at the bottom of the S, it takes a long time to make much progress. Then development happens rapidly as the technology becomes embedded in products and competitors vie with incremental development. Finally, the technology becomes mature, and performance improvement levels off.

Some technologies never make it, and others are put on hold while they wait for complementary technologies to be developed. Solar flight, for example, is dependent not just on high performance solar panels, but also on lightweight batteries, power dense electric motors, lightweight resilient wing structures and a host of other technologies.

Even the technologies that do ultimately win usually look inferior when first developed, as the performance at the start of an S curve is usually well below the end of the previous generation S curve. The performance of digital cameras only became comparable with film cameras in the mid 2000s.

All of this makes it very difficult to decide which technologies to invest in. Clearly, the bulk of any company’s R&D should be focused on delivering incremental improvement to today’s business. However, long term survival depends on focusing a proportion of R&D effort more speculatively on future technologies which may, or may not, deliver long term benefit. It is not a complete lottery, as there are ways of increasing the chances of picking winners.

Second, identify which of today’s technologies are vulnerable. This could be because they are approaching natural physical limits (e.g. molecular size, melting point), or because you have noticed that ever increasing R&D expenditure delivers ever smaller incremental improvement, or because of dependencies on scarce resources. It is then a short step to mapping those potential new technologies which could replace the technologies you rely on today.

It is also worth casting the net wider, and looking for potential technology substitutes beyond your own industry, as many technologies first surface in other sectors. University collaboration can also be helpful, as boundaries are usually less rigid there than in business.

Take a long term view, and don’t dismiss new technologies out of hand because they are not as good as what you already have. The question is not how good the technology is today, but what potential does it have for ten to twenty years time.

Finally, accept that you will often get it wrong. Lots of promising technologies end up on the scrap heap. AI may be a long tem winner, but flying cars, monorails, paper clothing, and many others have all looked to be winners in the past, and so far have failed to deliver.

Dr Chris Floyd provides strategic consultancy and corporate governance advice to engineering and industrial products companies, and also teaches strategy and corporate governance, both at business schools and on corporate education programmes. He is a non executive director of British Engines, an engineering products group, and a non executive director of ComAp, a Czech electronic controls company. He is also a member of the Global Educator Network of Duke Corporate Education, lead knowledge partner of Dialogue.