If you want to get a piece of the Chinese pie, you may risk having your lunch eaten by an emulator. On 14 August 2017, President Donald Trump ordered an investigation into “China’s theft of US intellectual property”, using Section 301 of the Trade Act of 1974. The Washington Post reported: “China has long required US firms in many industries to form joint ventures with Chinese partners and manufacture some goods inside the country.

“Although the system forces US companies to transfer some of their valuable know-how to Chinese partners that could become competitors in the future, US companies including Microsoft and General Motors have made such deals to gain access to China’s valuable market of nearly 1.4 billion people and a booming middle class.”

Everything is big in China. If you are an executive of a multinational corporation (MNC), you should have a ‘go-to-BIG-market’ strategy for China. Chinese companies seem to emulate others a lot. To many MNCs, this raises a red flag. Those who want to tap into the gigantic Chinese market face their innovations being copied. ‘Damned if you do, damned if you don’t’ is
the common dilemma faced by most MNCs
in China.

Even more puzzling is that the emulators don’t seem to feel embarrassed. A classmate of mine from a Chinese company reveals, quite proudly, that her team reverse-engineered a Russian engine product, and made it better and cheaper. The Russian product, she says, “was so ridiculously expensive, and it is our duty to make it cheaper for the world. We can now produce it at just a fifth of the Russian cost.”

Behind the giant Chinese market is a giant unified state, thanks to Emperor Qin, who first unified the warring states circa 221 BC. Historians attribute Emperor Qin’s forceful standardization of the currency, written language and units of measurement, as the key to the unity of the Chinese state.

However, as in any large social organization, the official rules alone cannot hold the large diverse population together. Some cultural and social norms, practices and behaviours, mostly informal and unwritten, are also indispensable. Emulation is one example – it helps assimilate information, promote affinity, facilitate communication, spread best practice, reduce learning costs, and form common identity, all contributing to the unity of a large economy.

China has strengthened its legal framework for IP protection significantly, but informal norms, practices and behaviours remain in force. So, emulation is part and parcel of the big market of China. Learn to live with it, because it will not go away any time soon. A US friend who has been doing business in China for nearly two decades has developed a new mindset about intellectual property. As a market leader in fabric design, his company was the first to register a design trademark in its field in China, but that did not bring him much protection. Now he still devotes resources to new innovative designs every year, knowing that they will be copied by local emulators. The new designs help the company keep its leading-edge brand image. He does not mind being copied by others, and he too follows the informal practice of copying other firms’ designs.

One characteristic of emulation is the low entry-barrier that gives rise to the fierce competition commonly seen in China, and the competition in turn shortens the period of first-mover advantage for an original lead innovator. One remarkable flip side of competition is collaboration among emulators.

In one immersion class, a team of MNC executives went to a fabric market in Shanghai, where hundreds of small booths compete side-by-side to sell very similar fabrics and tailor clothing for customers with a 24-hour turnaround. The team came back with bruised arms – from the grabs by the saleswomen competing for their patronage – and reported their surprise findings:

2 In some instances different booths shared the same tailor

3 The fabrics were from the same few suppliers

4 The booths helped each other with inventories

When the entry barrier is low, small emulators collaborate to share resources, save cost and enjoy the externalities of the collective scale economy. This leads to the creation of ecosystems for the emulators, with two interesting effects: one is
the ‘bandwagon effect’, the other the ‘platform effect’.

The bandwagon effect results from emulators following the original lead-innovator for a proven business model or concept to minimize the investment of doing it themselves. A senior leader of a top-tier Chinese city reveals that the city’s decision-making process for any new initiative is simply to look for precedents in similarly large cities in developed countries. “If there are three successful cases, we simply copy it,” he says. “And very soon, you will see second-tier cities copy us.”

One danger for an MNC facing the bandwagon effect is that if it fails to establish a dominant market share in China quickly, it could soon be dwarfed by the emulators as they grow the market – as we have seen in sectors ranging from solar energy, to mobile phones, to steel.

The bandwagon effect has taken a new shape recently. Following the initial success of bike sharing companies such as Mobike and OFO, other bike sharing companies mushroomed all over the country, attracting investment from venture capitalists who are also joining the bandwagon for investing in anything related to the concept of sharing. Shared car services – even shared umbrella projects! – have attracted big funding.

The platform effect is evident everywhere you go in China, from the world-famous Yiwu Small Commodities Market, to the world’s largest tea market in Guangzhou with 6,000 tea shops next to each other, and to Taobao, the online shopping platform of Alibaba. What the platforms do is provide a central place – physical or virtual – for businesses to sell their products and services
to customers.

The platforms can also provide payment and credit check services, user-generated feedback and rating information, shared logistics and so forth. Network externality helps the platforms to attract sellers as well as buyers, and the resulting large-scale market becomes a mega-brand that draws in more crowds.

The fact that China has more than its share of platforms may be related to emulation. To emulators, a platform provides an ideal ecosystem to learn, start and grow their business. Even the world’s premium luxury brands with their own bricks-and-mortar stores are tapping into the online platforms – such as Tmall of Alibaba – to attract customers. 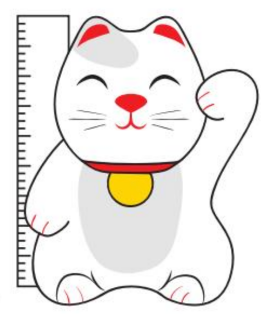 Emulation tends to lead to thin margins that may drive typically cost-heavy MNCs out of the market. This need not be the case, however.

If we return to the fabric market above, and look carefully at how the small fabric stores make their profit when competing head-to-head with all the lookalikes, you will find that it comes down to the service, warm attitude, the tailor’s attention to detail, delivery flexibility and patience. It is the customization of an otherwise standard commodity.

Several years ago, in the southern city of Shenzhen, emulation reached a new scale known as ‘shanzhai’, literally meaning products from mountain villages. The most famous shanzhai products are cheap mobile phones; some are Apple lookalikes, some are Samsung lookalikes, and you can order any look you like. Most of the phones are driven by the same core chip made by MediaTek of Taiwan.

The chip is very versatile and cheap (thanks to the economies of scale generated by shanzhai fever), and the shanzhai makers need only focus on the external look and feel, and peripherals, such as six-speaker audio and one-week battery life per charge.

Want a phone with diamonds on it? You can have it in three minutes for one extra dollar, with three fake diamonds in your favourite shade of pink.

In this shanzhai ecosystem, the MediaTek chip plays the essential role of the technological platform, and the emulators collectively create a huge market and make their profit by customizing their products.

So, what’s the lesson for MNCs? An MNC in information services learnt that protecting the copyright of its digital information products was not only difficult, but also would limit its growth in China. By making the basic information platform available to vendors for a small fee (as with the MediaTek chip), or even for free, eager vendors will soon make the service go viral. They will compete with service differentiation, offering customized information services. This is where the MNC can charge a premium fee to enable
such customizations. 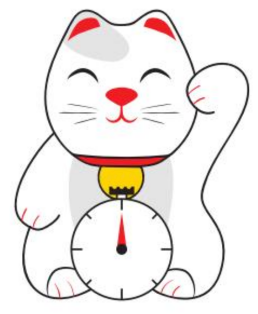 Speed is important for the first mover in emulation land, and the internet is an accelerator for the emulation economy. China is home to many internet superstars such as Tencent and Alibaba. Alibaba likes to remind its employees of the “new rule of the jungle: it’s not just about the big fish eating the small fish; it’s about the fast fish eating the slow fish”. Rapid prototyping, fast iteration, fast fail, and quick to market, are the elements of the so-called
‘internet mindset’.

Does your company meet the following profile?

4 Lack of collaboration and coordination across functions and geographies

If the answer is yes, you will fail the speed game…

So what can be done to change? A major global MNC in China took pride in its ability to coordinate through its matrix organizational structure, but still found itself too slow and too rigid to meet the fast and changing demand of its key customers in China. These key customers include Tencent, Alibaba, Xiaomi and Huawei, representing the new breed of companies in the internet age.

In assessing the leadership capability of their China operations, they rated the ability to achieve alignment as their biggest challenge. They concluded that they needed a higher standard of collaboration above and beyond the current global standard of the company. Furthermore, such collaboration should not only be across functions and geographies internally, but also externally.

One executive proposed a strategy that builds external networks by providing technical support and brand endorsement to the community of startup companies, without the expectation of immediate payback.

The lesson here is that for the go-to-BIG-market strategy to work, a ‘China standard’ of organizational speed and agility is needed. This is because the key customers of today themselves follow a process of fast iteration and fast fail, so they do not have a fixed spec for you to begin with, and this requires your organization to be super-agile. That requires a new mindset.

The China dynamic implies that emulators are followers and are good at innovating by improving and customizing based on the lead innovator’s original idea. But to move up the ladder, China needs more original lead innovators and the emulation market model works against those aspiring to become originators. Until they gain mastery of the art of leveraging the ecosystems and scale economies, and the art of independent and critical thinking, breakthrough innovation will remain beyond them. A lot about first-mover innovation can be learnt from western MNCs.

— Harvey Chen is chairman of the advisory board of the Center for Creative Leadership, Greater China, and a member of the International Advisory Board of Oxford Analytica