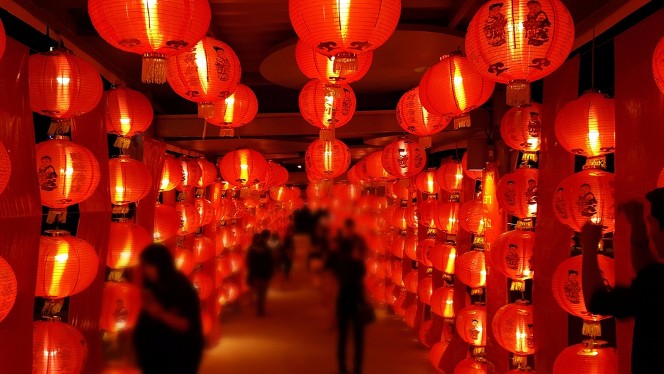 This week is a momentous one – we are witnessing the shift of global leadership from the West to the East. This week, right now. In the eleven hours I have been in the air flying back from China to the UK this Tuesday 17 January, all the political and economic leadership just went 5,715 miles in the opposite direction. A few days before the inauguration of Donald Trump as the next President of the United States and a few days after the last incumbent said “Obama out”, the Chinese President, Xi Jinping has leapt into the vacuum with a statesman-like speech to the World Economic Forum in Davos on its opening day. Championing free trade, open markets and continued climate change action, he has positioned himself and China as the new voice of what was historically the post WWII American leadership platform. How the world turns.

Xi’s speech is being hailed all over the media as the antidote to Trump’s much heralded brand of protectionism and climate change denial. And Xi himself as a new sort of leader – “Davos man” – in a changing world order which is less liberal. The speech could not have been more timely or stage managed, at the highest profile annual get together of global elite in politics, economics and business with a conference theme of “responsible and responsive leadership”. China has opportunistically exploited the gap left by a regime transition in Washington and an EU – in the words of the South China Post – in “chaos”.

China is not alone – the dynamism of Asia is palpable. On TV in my Shanghai hotel room are ads by Japan and Thailand, each promoting their country’s merits as business power houses: Japan as brilliant at infrastructure projects and Thailand as an increasingly attractive centre for inward investment. There are multiple TV channels devoted solely to business and the morning airwaves are buzzing with business energy. Switch on the BBC World News, by contrast, and it’s reporting anything but business. Asia is where the world’s future is being led, where it is happening.

Visiting Asia is like plugging yourself into mains electricity – it gives you a jolt. It is exciting. There is a culture of business vitality. It is no surprise that vibrant Asian leaders are now beginning to lead on the world stage. Our challenge in the West is to use their example to re-examine our own styles of leadership. Instead of thinking we can teach them a thing or two we need the humility to learn from their enterprise. Instead of walking towards Beijing with our face turned toward Washington, we need to look where we’re going. Perhaps one of the advantages of Brexit is it will allow us to do this more effectively. If UK business truly wants to lead the world, it needs to acknowledge that the world has changed today – and go with it rather than deny it.

Maybe a start is for us to join in with the celebrations of Chinese New Year. Make a new year’s resolution to bring some responsible and responsive leadership to your own enterprise: To re-look at your vision, your purpose. To lead with optimism (even if it’s just leading yourself) – after all, no one follows a pessimist. To “walk the floor” – spend time face to face with your people rather than relying on your smartphone to communicate. To delegate to the lowest level (rather than micro manage) so people feel your trust and learn to grow. To lead with love – because if that’s the quality the military advocate for leading troops into battle, that should be good enough for all of us. And to exhibit some moral courage – do what you believe to be the right thing.

And in that spirit, wherever you are and whatever you do, we hope it profits you. Happy New Year of the Rooster.

David Kean Writes books and talks all over the world about personal and business growth. He is Co-Founder at The Caffeine Partnership

This article was first featured at thisiscaffeine.com