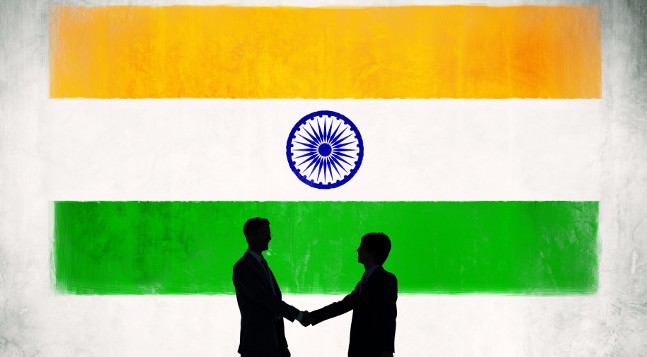 Know these six things about the new land of opportunity and you won’t go far wrong, writes Nikhil Raval

There’s a famous quote by an Englishman who wrote in his travelling diary “anything you can rightly say about India – the opposite is equally true”. For anyone wishing to do business in India, here are some tips on working in a place like no other.

If you want employees to be more independently minded and not consult you on every detail you have to make this crystal clear from the outset. Just don’t expect it to work in all cases – hierarchy is a deeply engrained construct here. Similarly, don’t take ‘yes’ too literally – Indians hate to disappoint the boss, so will often give an optimistic response when managers and leaders are seeking a realistic one.

The Hindi word kal means both tomorrow and yesterday. As Salman Rushdie said in  Midnight’s Children : “‎No people whose word for ‘yesterday’ is the same as their word for ‘tomorrow’ can be said to have a firm grip on the time.” There is a reason why Indian Standard Time is regularly described as Indian Stretchable Time. Indians experience time differently. In the West, time is linear and things occur in a logical progression from beginning to end. Indians are relatively insensitive to time. For them, time bends to accommodate life and routines, so appointments and deadlines are fluid. Indians arrive late, digress from a topic, meet you at short notice, give you all the time you need, take their time to respond and do not think it important if they take additional time for a project. If you can adapt and cultivate patience, you are more likely to avoid frustration.

Recently a client of ours of seven years standing, a large Indian conglomerate, commissioned work for an eighth year, but failed to sign its contract. When I indicated to its executives that we couldn’t proceed without a signed contract, they reacted badly, accusing us of not trusting them. In the end, the work was delivered and the contract signed after its completion. In India a contract doesn’t mean everything. Just putting something down in black and white doesn’t mean it is going to be honoured to the last letter. Indians have relaxed view of contracts. That’s because they’re used to constant changes in the environment and have a tradition of giving more weight to personal relationships than the written word. On the other hand, contracts are sometimes breached by parties who know that it’s going to take the other side forever to seek justice through the complex legal structure – so research your potential partner thoroughly.

India is incredibly diverse with regional tastes and dialects. What works in one part of the country may not work in another. For instance, the noodles offered in south India have “sambar”, which is a core part of their diet, while the noodles in the north and west are more traditional. A large part of India is still rural and this is a cost-conscious market. Distribution and pricing are two major pitfalls because transportation can be tricky. Smaller packages and products are often better because they appeal to thrifty Indian villagers and also allow them to try various products without committing to a large expenditure. Small sachets of shampoo priced at only two rupees were part of Unilever’s success story in India.

In urban India many are moving away from multiple-family households to nuclear units. The number of employed Indians is increasing, particularly women who have increasing levels of disposable income. Children to teenagers are pampered with new toys, gadgets and clothes and all this means higher demand for consumer goods. Many urban Indians are well travelled today, so giving them a global product is good, but giving your product an Indian twist is a much safer bet. Indians are pretty set in their ways when it comes to certain elements of their culture so how can you ‘Indianize’ your product to yield success? Fast food giant McDonald’s realized its standard western menu wouldn’t work for Indians, many of whom are vegetarian and most of whom don’t eat beef. It changed its menu to offer the McPaneer Royale wrap with Indian spices. It was a roaring success.

The Indian social custom is all about reciprocity. When an Indian goes out of his way to help, a simple “thanks” won’t be enough. He expects you to remember the gesture and return the favour when his time comes. Return goodwill gestures as long as it doesn’t compromise your values. It doesn’t need to be much, for example, you might return a favour by asking for an opinion from an Indian team member. This gesture makes Indians feel respected and often exceeds their expectations – doing such things will go a long way towards ensuring your business success in the country.

Nikhil Raval is managing director at Duke Corporate Education, India Pvt. Watch out for his major feature on doing business in India in the upcoming December edition of Dialogue.