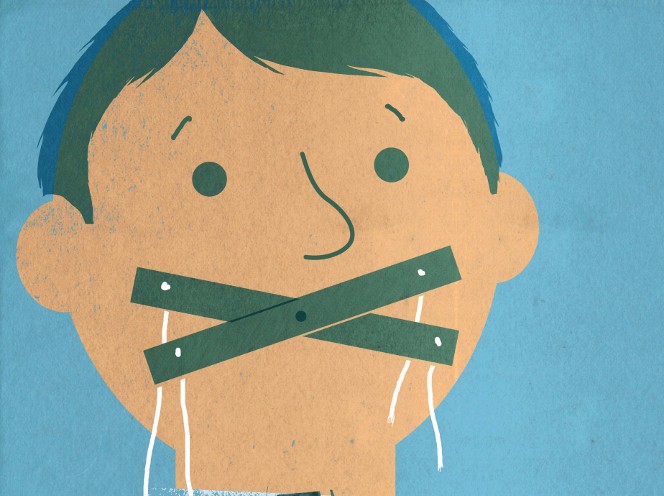 Leaders need to know when to shut up, writes Marshall Goldsmith

Leaders rise through the ranks because they’re good at adding value. Their ideas boost the bottom line, time and again. But there comes a point when a leader’s relentless need to add value to every discussion becomes a liability.

Several years ago, I had dinner with Jon Katzenbach, the former McKinsey & Company director now at PwC US. Also at the table was Niko Canner, Jon’s brilliant protégé and partner. The two men were immersed in plotting a new venture, and they were clearly on the same wavelength.

But something about their conversation was slightly off. Every time Canner floated an idea, Katzenbach interrupted him. “That’s a great idea,” Katzenbach would say, “but it would work better if you…” and then he would trail off into a story about how it worked for him several years earlier in another context. When Katzenbach finished, Canner would pick up where he left off, only to be interrupted within seconds by Katzenbach again. This went back and forth like a long rally at Wimbledon.

As the third party at the table, I watched and listened. As an executive coach, I’m used to monitoring people’s dialogues, listening with forensic intensity for clues that reveal why these otherwise accomplished people annoy their bosses, peers and subordinates.

Ordinarily I keep quiet in these situations. But Katzenbach was a friend exhibiting classic destructive smart-person behaviour. I said, “Jon, will you please be quiet and let Niko talk? Stop trying to add value to the discussion.”

The need to win

What Katzenbach was displaying in full flower was a variation on the need to win – the need to add value. It’s common among leaders used to running the show. They still retain remnants of the top-down management style where their job was to tell everyone what to do. These leaders are smart enough to realize that the world has changed, and most of their subordinates know more in specific areas than they ever will. But old habits die hard. It is extremely difficult for successful people to listen to other people tell them something that they already know without communicating somehow that they a) already knew that and b) know a better way.

That’s the problem with adding too much value. Imagine if you’re the chief executive. I come to you with an idea that you think is very good. Rather than just pat me on the back and say, “Great idea!” your inclination – because you have to add value – is to say, “Good idea, but it would be better if you tried it this way.”

You may have improved the content of my idea by 5%, but you’ve reduced my commitment to executing it by 50%, because you’ve taken away my ownership of the idea. My idea is now your idea – and I walk out of your office less enthused about it than when I walked in. That’s the fallacy of added value. Whatever we gain in the form of a better idea is lost many times over in our employees’ diminished commitment to the concept.

Katzenbach and I had a laugh over this dinner incident later on. As one of the world’s leading authorities on team-building, he is an expert in supporting and encouraging his colleagues. But that’s how pernicious the need to win can be. Even when we know better, we fall into
its clutches.

Don’t get me wrong. I’m not saying that bosses have to zip their lips to keep their staff’s spirits from sagging. But the higher up you go in an organization, the more you need to make other people winners and not make it about winning yourself.

For bosses this means closely monitoring how you hand out encouragement. If you find yourself saying, “Great idea,” then tempering it with a “but” or “however”, just try cutting your response off at “idea”. Even better, before you speak, take a breath and ask yourself if what you’re about to say is worth it.

My client JP Garnier, the former chief executive of GlaxoSmithKline, gave this a try and came away with an interesting observation. In that brief moment – just an inhale and an exhale – he realized that at least half of what he was going to say wasn’t worth saying. Even though he believed he could add value, he recognized that he had more to gain by not winning in that moment. This approach helped him grow as a leader and live a happier life, he told me.

If you’re on the receiving end of these orders, it can be tough to get your own ideas across. But if you have something you believe is important to communicate, I suggest you come to the conversation prepared. Remain confident in your expertise and, short of being insubordinate, stick to your position.

Years ago a chocolatier I know in San Francisco agreed to make a sampler box of 12 chocolates for the late designer Bill Blass. They designed a dozen different chocolates for Blass’s approval, which he insisted upon since the chocolates would bear his name. But sensing that he would resent not having a choice, they seeded the selection with a dozen other types that they regarded as clearly inferior.

To the chocolatiers’ horror, when Blass entered the room for the tasting, he liked all the inferior chocolates. The chocolatiers hadn’t expected Blass to be so firm in his opinion. But Blass was a man of great taste, used to getting his way, and he knew what he liked. He needed to add value to the process. After Blass left the room, the chocolatiers looked at each other, all thinking the same thing, “What are we going to do? He picked all the wrong ones.”

Finally, the head of the company, which was a family business that had thrived for seven generations, said, “We know chocolate. He doesn’t. Let’s make the ones we like and he’ll never know the difference.”

Blass’ fatal error was not that he had an opinion (to which he was entitled), but rather that he didn’t know how his opinions came across to the people working for him – who in this case were the real experts. He made the classic mistake of many otherwise great leaders:

They think they have all the answers, but others see it as arrogance

They think they’re contributing to a situation with helpful comments, but others see it as butting in

They think they’re delegating effectively, but others see it as shirking responsibilities

They think they’re holding their tongue, but others see it as unresponsiveness

They think they’re letting people think for themselves, but others see it as ignoring them

Over time these ‘minor’ workplace foibles begin to chip away at the goodwill we’ve all accumulated in life and that other people normally extend to colleagues and friends. That’s when the minor irritation blows up into a major crisis. But this crisis can be avoided – if leaders know what to stop doing.

This insight came to me from the management thinker Peter Drucker. As a ten-year board member of the Peter Drucker Foundation, I had many opportunities to listen to this great man. Among the myriad wise things he said was this: “We spend a lot of time teaching leaders what to do. We don’t spend enough time teaching leaders what to stop. Half the leaders I have met don’t need to learn what to do. They need to learn what to stop.”

How true. Think about your organization. When was the last retreat or training session you attended that was titled, ‘Stupid Things Our Top People Do That We Need to Stop Doing Now?’ When was the last time your chief executive delivered an internal talk, designed to motivate employees, which focused on his negative traits and his efforts to stop this destructive behaviour? Can you even imagine your chief executive (or immediate supervisor) admitting a personal failing in public and outlining his efforts to stop doing it?

There are good reasons for this, largely allied to the positive tone and fast-forward momentum organizations try to maintain. Everything in an organization is designed to demonstrate a commitment to positive action – and is couched in terms of doing something. We will start paying attention to our customers (rather than stop talking about ourselves). We must begin to listen more attentively (rather than stop playing with our smartphones while others are talking).

But it’s worth thinking about what we should stop doing. It gets no attention, but it can be as crucial as everything else we do combined.

Think of Gerald Levin when he was the much-admired chairman of Time Warner in the 1990s. Levin was hailed as a visionary chief executive, the man who foresaw the future of cable television and helped invent HBO, transforming Time Warner from just a combo
of magazines, movies and music into a
broadcasting powerhouse.

Then in 2000, Levin made a mistake. He merged the venerable Time Warner with the upstart online service AOL. It was the biggest corporate merger in US history at the time – promising to create a company that would dominate for decades. Of course, it didn’t work out that way. The merger nearly destroyed Time Warner. Its stock lost 80% of its value. Thousands of employees lost the bulk of their retirement savings. As for Levin, he lost his job, a big chunk of his net worth, and all of his reputation.

Now imagine if Levin at any point in the negotiation with AOL had applied the brakes and walked away from the deal. Chances are, we’d never know about it. And yet, if he simply stopped what he was doing, his reputation and net worth might have remained intact.

In our personal lives, we regard it as a big achievement if we stop smoking or avoid a bad investment. But it’s easy to lose this common sense in the can-do environment of an organization – where there is no system for honouring the avoidance of a bad decision or the cessation of bad behaviour. Our performance reviews are solely based on what we’ve done, what numbers we’ve delivered and which increases we have posted against last year’s results. Even seemingly minor personal goals are couched in terms of actions we’ve initiated, not behaviour we have stopped. We get credit for being punctual, not for stopping our lateness.

We can change this. All that is required is a slight tweak in our mindset, in how we look at our behaviour. Get out your notepad. Instead of your usual ‘To Do’ list, start your ‘To Stop’ list.

Think hard about whether adding too much value belongs on that list.