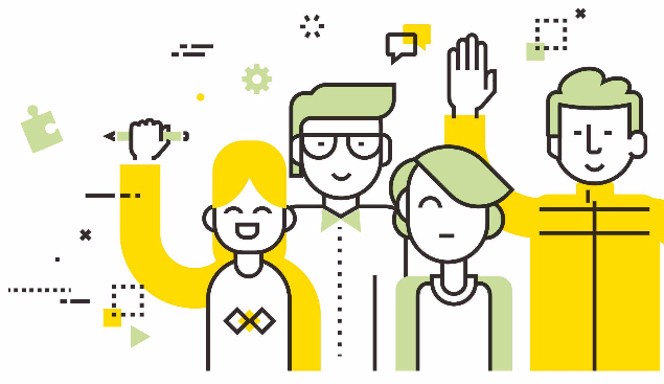 The bad news is most teams underperform, write Derek Newberry, Mario Moussa and Madeline Boyer. Here is what you can do about it

It normally wouldn’t have mattered that the Golden State Warriors lost to the Minnesota Timberwolves on 5 April. This was a team that had all but clinched the top seed in the NBA, going against a rock-bottom side that were headed for an early end to the season. But the headlines told a different story: it was a “stunning loss”, according to one. Another screamed that the Wolves had exposed the “myth of the Warriors’ invincibility”.

Why the panic? The Warriors were on their way to being crowned as the best team in league history by chasing the single season wins-losses record of 72-10, held by Michael Jordan’s Chicago Bulls. They had seemed to be dead cert to break the record until, with the end in sight, they inexplicably dropped two of three games at home. Up until that point, they had been undefeated on their home court. ESPN data analysts lowered their chances of their going 73-9 from about 90% to just over 10% after the 5 April game.

How did this apparent unraveling happen? The Warriors players pointed to a lack of focus near the end of the season, leading to turnovers and sloppy play. In other words, a high-performing team with every reason to maintain momentum somehow became misaligned at the worst moment. The same phenomenon is seen in the business world, where Volkswagen is now attempting to recover from a crisis involving engineers designing its “clean” diesel cars to cheat emissions tests. The high-performing leadership team of what had been a very successful company lost focus and turned a blind eye to an ethical lapse that festered until it became a major public scandal.

No team is perfect

Unfortunately, these are not isolated examples. Our research on teamwork and collaboration at the Wharton School shows that in fact most teams, even elite ones, inevitably underperform compared to their potential. This was one of our main takeaways from observing more than 100 teams engage in a simulated market environment through Wharton’s Executive Development Program (EDP), a flagship executive education course that is run three times a year on our Philadelphia campus.

EDP brings together business leaders from all over the world and across industries for two weeks of concentrated, comprehensive learning. A central part of the course is the sophisticated simulation in which participants are divided into multiple teams and made to compete against one another as they try to grow their hypothetical companies. It is an intense experience that gives us insight into what makes teams work, and why many
fall apart.

What we have seen is that every team at some point experiences a gap between how the team says they want to collaborate and what they actually do. Business leaders are increasingly recognizing this problem as well, which is why PriceWaterhouseCooper’s latest global CEO survey noted that ‘execution gaps’ were a common concern raised by respondents. To understand why this happens, we turned to our own social science backgrounds and dusted off an old concept that is gaining new life in the business world: culture. 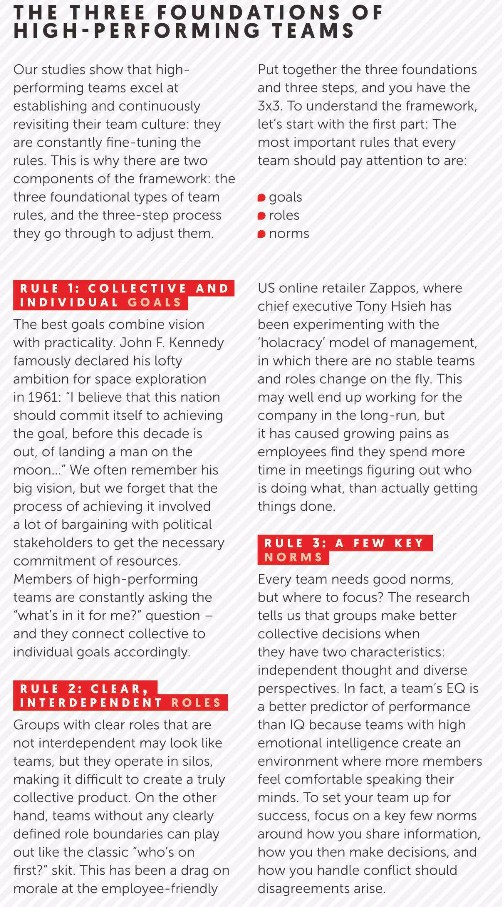 A team’s culture is the set of rules it creates to solve problems and get things done. Anthropologists have long recognized that the ability to create culture is what separates us from other species; it allows us to collaborate and accomplish complex tasks quickly and efficiently. Once a group forms a culture, they don’t have to constantly renegotiate how they work together – it becomes the unspoken “way we do things around here”. In this way, you can think of culture as lowering transaction costs. But this efficiency comes with its own price. Because the rules become taken for granted, we often stop paying attention to them, leading to two types of misalignments…

1 Misalignments between the team and their external environment

Ways of operating that worked in the past stop making sense when the environment shifts. In the case of VW’s leaders, their famous insularity may have helped them make decisions quickly to grow the company. But at a time of increasing interconnectivity, this culture can create blind spots. In these cases, teams go about business as usual, despite the organizational or market environment around them demanding change.

2 Misalignments between individuals and the team

This second type of challenge happens because we all live in multiple groups with different cultures, such as different organizational teams, or our own home team (i.e. the family). These groups pull us in different directions in ways that are hard to notice. In the case of the Warriors, it may be that certain team members became more concerned about protecting their health for the long term rather than chasing a regular season team goal. In a business setting, team members might disengage due to other commitments at home or on other work teams, or because their career goals change.

The result of either type of misalignment is that team performance drops, sometimes without the group understanding why. That’s the bad news. The good news is that, through careful reflection, teams can make their culture work for their objectives. Through our own research and experience, we have developed some broad insights about how to get the most out of any group. We boiled these insights down to the 3×3 Framework.

Improve your odds of success

Three foundations, and three steps. It sounds simple in theory, but is tough to follow in practice, which is why so few teams become true high-performers. Those who can commit to the hard work of teaming see the results: recall the Warriors, who almost blew their record-setting season. After their loss to the Wolves, the Warriors’ head coach Steve Kerr had a check-in with the team. He asked them if they still wanted to chase the record, or rest up for the playoffs. The team recommitted to their goals and won the rest of their games, finishing with a win-loss record of 73-9.

Similarly, the VW leadership seems to be using this crisis as an opportunity to revisit its own internal culture. The key is to be able to create the space in the hectic day-to-day chaos of work for mindful reflection and good conversations on the team dynamic. Of course, success is never guaranteed. But as the Warriors’ owner, venture capitalist Joe Lacob, has noted, by following a good process, you improve your odds. 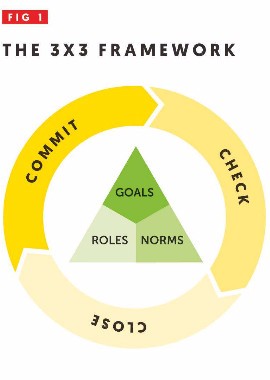