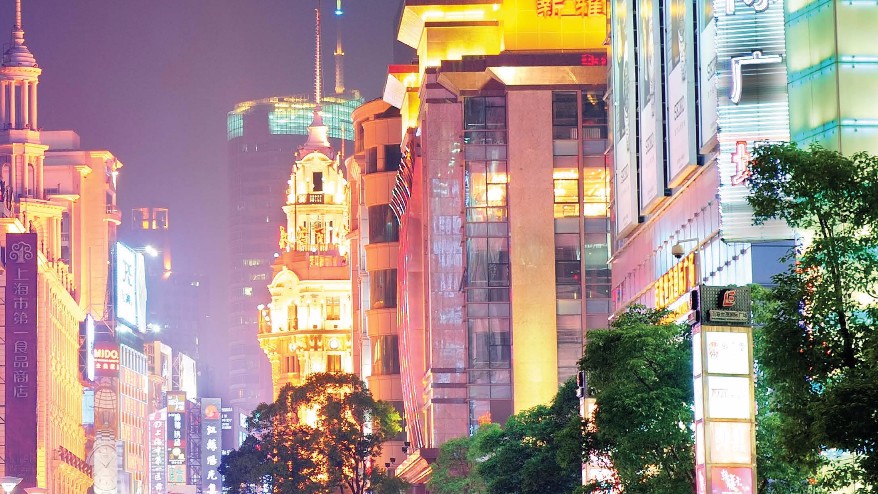 Varying your content will help overcome the complexity of the world’s biggest market, write Maneesh Choudhary and Jenny Ma

China is still the biggest driver of world advertising growth. GroupM’s 2015 global advertising forecast shows that Mainland Chinese businesses contributed more to the annual increase  in advertising spend than those from any other nation. But recent years have seen some dramatic changes in the advertising landscape of the superpower. The rebalancing of the Chinese economy, which led to softer GDP growth, led some businesses to ration their television advertising more keenly than in recent years. Meanwhile, aggressive attempts by local Chinese  brands to stretch their budgets have contributed to an unprecedented growth in digital marketing campaigns.

Yet demand for advertising remains strong in some sectors. The internet industry has massively increased its advertising spending (see graphic, right), while more than 150 app-based brands are now advertising their products.

Advertising legend David Ogilvy once said: “What really decides consumers to buy or not to buy is the content of your advertising, not its form.” Yes, content is still king! However, in this super-connected age, attention is at a premium; the average Chinese consumer flirts with multiple screens and spends 56% of their casual time on a smartphone. This is more than  double the time spent on TV in a normal day, according to Millward Brown’s 2015 AdReaction study. Millward Brown’s eye-tracking tests show that a typical consumer will look at an online display ad for just three seconds. Given this short time window, it is critical that creative is well-branded and engaging.

The excitement over this frenetic digital growth is infectious. It has rubbed off on marketers – many of whom are eager to be first to market with their communication ideas. But an absence of optimal content or targeting could be a recipe for failure. Millward Brown’s ad testing study shows that the recent performance of the most expensive TV ad last year (used-car trading platform Youxin paid US$5 million for a 60-second spot) is testimony to this. Despite the use of ten celebrities and repetition of the advertising message 20 times, the commercial failed to entice consumers.

Where did it go wrong? The absence of a compelling benefit, and irritation with the style of engagement, meant it simply did not resonate. To avoid such disappointment, here are some essential truths to bear in mind when seeking to create advertising content that is effective and efficient…

There is no magic bullet

China is complex. Analysis of our ad database reveals that only one in two ads perform successfully across the country – a difficulty level similar to Europe (see infographic, p65). The variations in ad performance across the country are driven by cultural variations, stage of category development, stature (how big or well- know the brand is) and ad literacy. Consumers from eastern China demand advertising that is stylish, more creative and with an aspirational mood and tone. Emotional warmth – family bonds, nationalism and optimism – resonate strongly with northerners. Meanwhile, pragmatic culture rules in the south, so it is no surprise that a simple and straightforward storyline is more suitable for consumers in this region. In lower-tier cities, providing information (rather than entertainment) and a strong ‘reason to believe’ is critical.

Time schedules and budgets rarely allow the creation of multiple ads. Our studies suggest that universal truths around family values, optimism or children travel well. Giving these themes a different perspective, or dramatizing benefits through creative formats that are new to the category, are some of the ways to make ads travel across the country.

Chinese audiences seek different payoffs and exhibit different behaviours with television advertising than they do with online video. Television is more about overcoming boredom and offering stimulation, less about gratification. Online viewing is goal-orientated: here, consumers are actively seeking information and thus have less patience with watching ads that do not capture their imagination – most even press mute while watching them.

This means we need to engage with our audience differently. Analysis of successful TV ads repurposed for online gives us some guidelines for success – for example, make the brand stand out by ensuring branding is present in most of the frames and through close-up shots of it. Single-minded messaging is paramount in this three-second time window. For mobile ads, making it humorous greatly increases its acceptance.

Formats must be exploited to make your budgets work harder

Increasingly, marketers are experimenting with different ad lengths to convey their brand proposition across categories. The ubiquitous 30-second creative is on the decline. Success depends on using the format in sync with the advertising and brand objective. A 30-second ad is well-suited to a new product or a campaign and supports transmission of complex or multiple messages, while a 15-second commercial works well in tandem to communicate basic ideas and act as a reminder.  e longest video ads can, of course, deliver multiple and complex messages. They have been found to work as a reward for the fans and provide an opportunity for extremely enjoyable engagement. 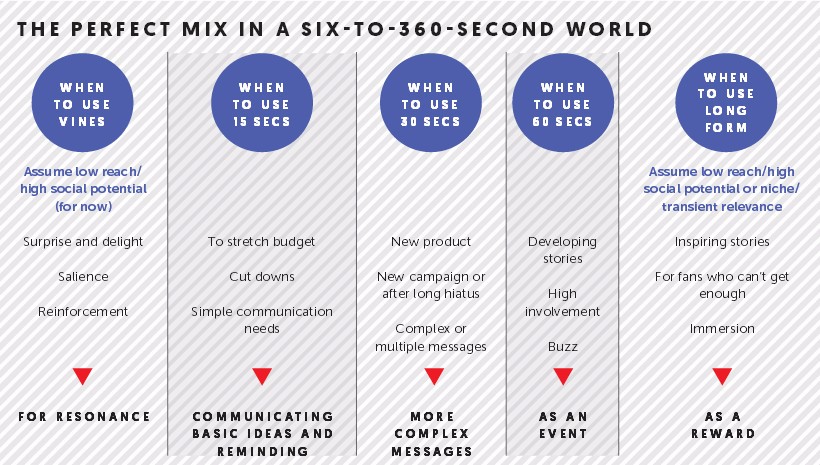 You are marketing to lazy brains

The brain, despite being extremely powerful and capable of complex processing, avoids ‘thinking’ wherever possible. It seeks mental shortcuts to take decisions and actions. These form a dual system of ‘thinking’. System 1 denotes fast thinking and also that which is heavily intuitive or emotional. System 2 – reflective or slow thinking – is more cumbersome and effortful, hence avoided.

Just as we are not motivated to think hard in many brand decisions, we are rarely motivated to expend time and energy deliberately reflecting on the advertising we see. Effective ads need to access our system 1 by being instantly meaningful. Measuring these non-reflective takeouts requires methods that go beyond direct questioning.

Cutting-edge neuroscience techniques are being used along with survey-based responses with great success. Facial expression analysis, such as Millward Brown’s Facial Coding product, allows marketers to gauge spontaneous emotional response to their ads and provide guidance in optimizing it. Brands in sensitive categories, such as sexual wellbeing products, are using this tool exceptionally well to reveal intuitive reaction where it is difficult for consumers to describe intimate or personal scenes.