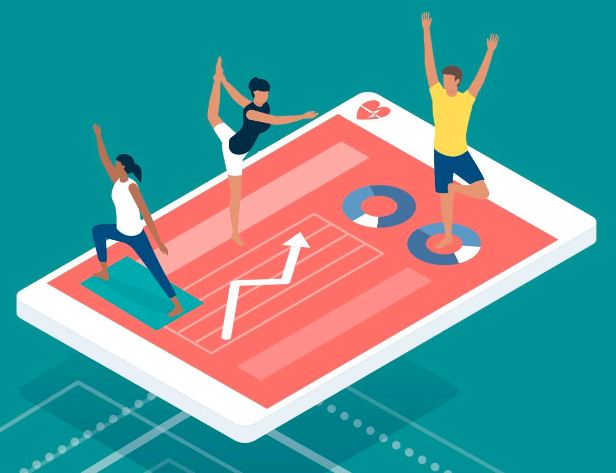 A dead man walking: that was Blockbuster in the year 2000. It just didn’t know it. The company had recently completed a successful IPO that raised almost $500 million and it was flush with cash, controlling 31% of the US movie rental market. That September, chief executive John Antioco deigned to meet with a cash-burning, money-losing, DVD-by-mail rental start-up called Netflix. Reed Hastings, Netflix chief executive, made his pitch: that the future would be online, and Blockbuster needed Netflix to take advantage of the inevitable trend. He would sell his fledgling business to Blockbuster for $50 million and they would go after the online market together.

Antioco’s response? He laughed. He couldn’t see the future that was sitting in front of him. The stage was set for Blockbuster’s demise – and Netflix’s rise.

As this little bit of history reminds us, at a time of accelerated change and disruption, analysing and extrapolating from the past is insufficient as a guide to the future: you can’t drive a car by looking in the rear-view mirror. In the same way, traditional metrics of business health – market share, growth, earnings per share, profit margin, and so on – do not predict your organization’s future health. They still have value, including as a yardstick within an industry, but they do not indicate your ability to see and adapt to disruptive forces. These more forward-looking measures are what we call the agile dashboard.

In part one of ‘The Agile Dashboard’ (see Dialogue, Q3 2019), we drew on the concept of agility as developed by sports scientists to explain how athletes perform in unpredictable environments. Sporting agility is a unique combination of physical abilities, including raw speed; cognitive abilities, especially scanning the field, anticipating the moves of others and making good decisions; and technical abilities, including the athlete’s body positioning and their ability to pivot and change direction.

Businesses also have to anticipate, interact with and react to an unpredictable market system. The highest-performing organizations have similar abilities to those of agile athletes. We argue that ‘agility architects’ (see also Dialogue, Q1 2019) need additional forward-looking metrics on their dashboards which measure:

Speed – how fast your organization can move

Interaction – the rate at which your organization can scan, understand, discern and decide (SUDD)

Pivot – the ability to act and execute on a change in direction.

Combined, these metrics will give leadership a picture of their organization’s agility and whether it is able to compete successfully and create value in an increasingly volatile world. Part one of this article focused on Speed, looking at specific metrics for Financial Cycle Time, Production Cycle Time, and Decision Cycle Time – time, after all, is the currency of agile, and speed counts. We now turn to metrics for Interaction and Pivot.

Many companies we work with today are trying to become more ‘outside-in’. Technology researcher and entrepreneur Jack Hidary describes the challenge in terms of ‘exposed surfaces’, drawing an analogy with food:
those with a higher glycaemic index have more surfaces exposed to stomach acids, so they deliver sugar faster. Hidary asserts that in a rapidly changing environment, having more points of contact with the external world is the key to increasing our ability to adapt and grow (The Power of Pull, by John Hagel III, John Seely Brown and Lang Davison).

Central to sharpening an organization’s outside-in capability is its ability to Scan and Understand, and then Discern and Decide (SUDD). Our framework builds on MIT’s system dynamics approach and the US military’s OODA – Observe, Orient, Decide, Act – loop.

When describing OODA, a military strategist captured our thesis succinctly: “Every combatant observes the situation, orients himself… decides what to do and then does it. If his opponent can do this faster, however, his own actions become outdated and disconnected to the true situation, and his opponent’s advantage increases geometrically.”

There are four questions the agile dashboard needs to address (see Figure 1):

What sensors are you deploying in the external market system and how much data are you collecting?

Can you sift through and make sense of the collected data to create actionable intelligence?

How many options and scenarios have you created based on your understanding of your situation?

How fast are you deciding on your choices and how good are you at making decisions with incomplete information?

Answering these questions is critical to your assessment of your organization’s agility.

In her book, Seeing Around Corners, Rita McGrath describes how companies need to watch for weak signals in the market that lead to industry inflection points, which occur more frequently today.

Take for example the large multinational chief executive who was following emerging technologies and had looked at eight start-ups in the last year; or the fashion retail brand which partnered with a start-up incubator, took presentations from 27 start-ups that were trying to disrupt their business, and hired several of them to implement experiments.

The cost of failing to scan and understand a changing world has been illustrated by Microsoft. In 2007, when Apple introduced the iPhone, Microsoft was the dominant PC supplier worldwide, with a market share of over 90%of device sales. Four years later, Microsoft still had a dominant position in the PC market, but it had failed to understand that the iPhone had ushered in the era of mobile computing: counting iOS and Android devices in addition to PCs, Microsoft’s position was already less than 50% of the market and falling.

Chief executive Steve Ballmer continued to build walls around the Windows castle, further ignoring signals that the industry was moving to the cloud. It took a change of leadership and an overhaul of culture to adapt Microsoft and grow its cloud presence through Azure.

The first step is to begin scanning and tracking the following leading indicators on your agile dashboard:

It may feel challenging at the outset, but that’s natural. The process of asking questions and developing scanning capability will help sharpen your external focus. Keep a record of what is going on, while building your understanding of the ‘why’ behind what you’re seeing.

It is not enough to identify and understand market signals: the differentiator is how well you turn understanding into discernible options and take actionable decisions.

Leaders need to get comfortable with making decisions faster, based on imperfect information. It means rebalancing risk and speed in favour of action, picking up additional information as you go. Leaders cannot afford to freeze in the face of incomplete information. At Amazon, Jeff Bezos tells his leaders to go with 70% of the information. Act fast, fail fast and learn: it’s what Google calls ‘failing well’.

Those decisions may incur short-term pain, but still be the right move. Take Adobe. It discerned that the trend towards cloud computing meant that it needed to shift to a cloud-based infrastructure, changing its business model from licence to subscription. Recognizing that this would disrupt its market-leading position and lead to a short-term loss of profitability, Adobe nonetheless decided in 2013 on a radical change in direction, and within a year, subscription was the only method of obtaining new versions of its software. It was painful initially, but the right long-term call.

As an organization you must begin to track how many options you have created. From these options, are you creating scenarios and assigning probabilities to these scenarios? At what rate are you discerning insights from the data you’re collecting and turning those insights into decisions to act? Are you making important market-facing decisions faster? Begin with the time and the amount of information available, up to 100%. Initially these percentages may be a guess but over time, by reviewing previous decisions in After Action Reviews (AARs), you can adjust and improve to the 70% standard.

Pivot: can you implement a change in direction?

As an agility architect it is not enough to make a good decision. You must understand whether your organization is able to change direction and implement the decision successfully. We call this part of the dashboard Pivot.

Many leaders assume that if they identify an attractive opportunity they can just point the organization in that direction. That is rarely the case. The consultancy Bain has found that when a business moves into an adjacency where it has capabilities, it has about a 33% chance of success; but when the move takes the company further from its core, where it lacks capabilities, the odds of success quickly drop, to just 5%.

Implementing a pivot demands that the organization has the right capabilities, so the first step for leaders is to identify the capability or capabilities required. Consider the six aspects of capabilities: assets (including both ‘hard’ assets like machinery and locations, and ‘soft’ assets like intellectual property); knowledge and intellectual capacity; people; technology; culture; and processes. Score the degree to which you possess each on a 0-5 scale, from ‘non-existent’ to ‘we have what we need’, and ask three questions:

As an example: imagine a drug manufacturer moving from pills to molecule injectables. The existing manufacturing plant must meet stringent new sterile preparation and packaging requirements: how big a stretch is this? Technology, like automated filling lines, can guarantee product quality: to what degree does the company have this capability? Does it have people familiar with the testing required? To what extent can it deal with new regulatory demands? This shift might require different transportation and logistics capabilities, such as low-temperature storage or other special conditions. Does it need new IP, perhaps from a partner? Can it build a safety culture and create a heightened awareness of potential contaminants?

Excitement and willingness to change are helpful, but having a clear analysis of the capability gap is essential to give your team a strong sense of what needs to be done to enable your company to pivot successfully.

The agile dashboard in practice

The ability to see what’s coming, to adapt fast, and to pivot effectively is becoming as important to success today as scale and efficiency were in the past. Building agility demands that leaders refocus on metrics that provide an indicator of future health and improve the odds of winning. It’s time to expand the dashboard.

— Joe Perfetti is an innovation fellow with Duke Corporate Education and a leading expert in  corporate finance and strategy. Scott Koerwer is professor of organizational systems and innovation at Geisinger Commonwealth School of Medicine. Mike Canning is global managing director of innovation and new commercial models at Duke Corporate Education; he led the design of Duke CE’s Building Strategic Agility online course, on which Perfetti and Koerwer teach