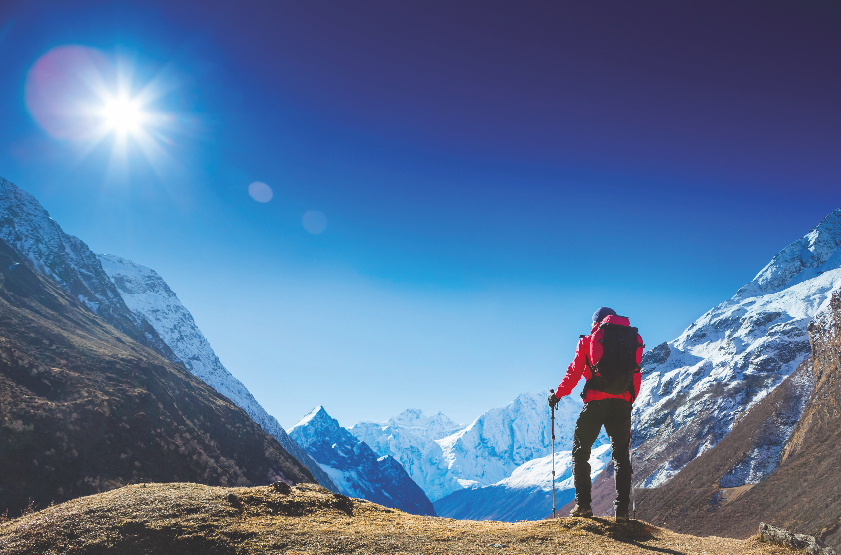 Most leaders struggle to think strategically, whether about their organization’s future or their own career. Learn how with these key questions

Almost every professional would agree that strategic thinking – the ability to plan for the long term – is important. And yet far too few of us actually carve out the space to engage in it. In one study among 500 leaders, an astonishing 96% said they perpetually couldn’t find the time.

Over the past few years, I’ve focused my research on the question of how we can learn to prioritize strategic thinking, and spread it throughout organizations. One challenge is that we often implicitly assume that strategic thinking has to happen at ‘strategy retreats’ or at some future, mythical point when we have a block of uninterrupted time.

But as I argue in my new book, The Long Game: How to Be a Long-Term Thinker in a Short-Term World, strategic thinking shouldn’t be a special, once-a-year event. Instead, we need to embed it in our regular business processes and into the questions we ask ourselves on a daily, weekly and monthly basis. Here are seven of the most useful strategic questions I’ve uncovered, which I hope can unlock new insights and perspectives in your organization – and your career.

1 How can you create more white space?

As the saying goes, you can’t pour anything into a cup that’s already full. One of the biggest barriers to strategic thinking in modern business culture is the fact that our schedules are already stuffed to the gills. Futurist John Hagel once told me that for most professionals, our days are so tightly packed that it almost structurally prohibits the possibility of deep thinking or serendipitous connections – “unless there’s a fire alarm”, as he puts it, that disrupts your schedule and forces you outside. If we want to think more broadly instead of rushing to put out one fire after another, we need to become ruthless in protecting the white space in our calendar. That means learning to say ‘no’ more frequently. Painfully, that even means saying ‘no’ to good offers – because we simply can’t do them all.

One helpful strategy I deployed a couple of years ago was an inbox audit, in which I tracked and categorized every email I received. I discovered that I received 69 messages per week – nearly ten per day – in which non-clients asked me for a favour. This might be introducing them to someone, sharing their latest blog on social media, reviewing an article they’d written, or the like.

It’s far easier to say no when you don’t think of the request as a one-off (“It’ll only take five minutes”), but instead realize that nearly 70 people per week are seeking your time. In order to get your own work done, you have to guard your time more vigilantly.

2 What should I decide to be bad at?

Years ago, I read Frances Frei and Anne Morriss’ book Uncommon Service, about how to achieve excellence in the service industry. The main reason so many companies fail to excel and are simply average, they said, is that the companies fail to choose what to be bad at. By trying to convince themselves that they could be great at everything – which is wishful thinking – they sentenced themselves to permanent mediocrity. In order to become great in some areas, Frei and Morriss argued, you had to be willing to be bad at something else. (In one example they cited, a bank had fantastically convenient hours – which were paid for by dismal deposit rates. It turned out customers didn’t really mind.) The same principle is true in our own businesses – and our careers. If you want to be great at ‘deep work’, such as writing articles, you may need to give up social media. Or if you want to accomplish key projects, you may need to let your email response time lag. There’s power in actively selecting the trade-offs you want to make.

Google popularized the concept of ‘20% time’, in which you spend a fifth of your time working on promising-but-speculative projects. Organizationally, the results can be transformative: it’s how Google News and Gmail were created. But they’re also important for our own careers and professional development. Even at Google, no one hands you 20% time; it’s estimated that perhaps only 10% of their employees actually participate. (Often, what it equates to is extra work on nights and weekends).

But too many companies, and too many professionals, play it safe and avoid speculative ‘20% bets’ all the time. That’s usually fine in the short term, but over time it can be crippling, as they fail to update their skills or adjust to market changes. We can all start to embrace 20% time and tackle new, out-of-the-box experiments: mine was choosing, in 2016, to learn musical theatre writing. If we do, we’ll be far better prepared for the future, whatever it looks like.

4 How can you build your ‘infinite horizon’ network?

One of the reasons so many professionals find networking distasteful is that the term connotes the worst version of it – short-term, transactional, ‘what can you do for me?’ relationships. In The Long Game I suggest a policy of ‘No asks for a year’ with new acquaintances, so that you don’t risk their thinking that you have a hidden agenda. The prohibition prevents you from even constructing one in the first place.

Instead, I recommend cultivating ‘infinite horizon’ contacts, which is the aspect of networking that most professionals engage in least. These contacts may have little – even nothing – in common with you on the surface. (You’re an accountant, and they’re an astronaut.) But over time, they can become some of your most powerful and fulfilling connections, because they expose you to genuinely new ideas and perspectives you wouldn’t otherwise have come across, and your paths may end up converging in surprising ways.

That’s what happened for Israeli entrepreneur Hayim Makabee, who befriended a staffer named Ricardo at an immigrant aid non-profit where Hayim volunteered. Years later, Ricardo took a position working at a prestigious tech accelerator. He invited Hayim to speak – which led to him landing a seat on the board of a Brazilian start-up. Many professionals brush off infinite horizon connections as a waste of time, because they don’t see the short-term value. The ultimate benefits may be hidden, but they can be profound.

5 What are your ‘raindrops of progress’?

I run an online course and community of talented professionals working to get their ideas heard more widely, called Recognized Expert. One thing I’ve seen repeatedly, both in my own career and in working with more than 600 participants, is that it usually takes two to three years to show almost any progress toward your goal. It’s a long enough dry spell to scare off all but the most dedicated among us. That’s why it’s so important to have a strong community around you: to set expectations and let you know what’s normal, so you don’t give up too soon.

During this frustrating period, I counsel professionals to “look for the raindrops” of progress. Too often, we focus on the big goals we aren’t hitting: “Why wasn’t I asked to be the keynote speaker? Why didn’t I land that contract? Why didn’t I get the promotion?” We often berate ourselves, wondering what we did wrong or what we’re missing – when actually, the only thing that may be missing is time, because it just takes longer than we want it to. (As I’m writing this, one accomplished professional in my online community just posted about her frustration that after a well-received webinar she conducted, only two people signed up for her email list.)

Instead, it’s worth training ourselves to see the small, nearly invisible steps forward that we are taking, such as getting asked to present a workshop (even if it wasn’t the keynote), making it to the final round (even if we didn’t win the deal), or conducting a great webinar that dozens of people enjoyed (even if only two joined your list). Looking for the raindrops keeps us focused, motivated, and aware that true progress takes time.

6 What are the multiple paths to your desired destination?

It’s easy to fixate on what we assume is the ‘right path’. It’s great if it works out, of course. But the course of true professional success never did run smooth. We often hit setbacks, and it’s easy to get demoralized if we’re turned down by gatekeepers or fail to hit our objectives. But landing a job at Google, for instance, isn’t the only path to success in the tech field. You could launch your own venture, work for one of their big tech competitors, or join a nascent start-up that might become the next Google – just for starters. We often assume we’ve ‘failed’ if we hit a roadblock, but the truth is, in most cases, it’s not a failure until you decide the situation is permanent. Not getting the Google job isn’t failing; it’s one stop on your path to eventual Silicon Valley success – if you’re willing to persist.

7 What’s on your seven-year horizon?

If everyone else is thinking short term, in other words, it becomes a massive competitive advantage to do the opposite and embrace the long term. It’s worth asking ourselves what that might mean for our own companies, and our own careers. What’s on your seven-year horizon?

We want to be big-picture thinkers, not simply trapped in the hamster wheel of execution. Yet it’s so hard to make it happen – to resist the siren song of the urgent and turn toward the important. But, for the sake of our companies, and our own careers and lives, we must. Strategy can’t remain siloed as an annual activity, or the purview of a few select executives. We have to embed strategic thinking throughout our organizations because the cost of not asking the right questions – and instead continuing to implement old solutions to old problems – is just too high.

When we fight back against short-termism, we’re helping to create a better future for ourselves and our businesses.

––– Dorie Clark is a marketing strategist and executive coach who teaches at Duke University’s Fuqua School of Business. Her new book, The Long Game, is out now (Harvard Business Review Press)