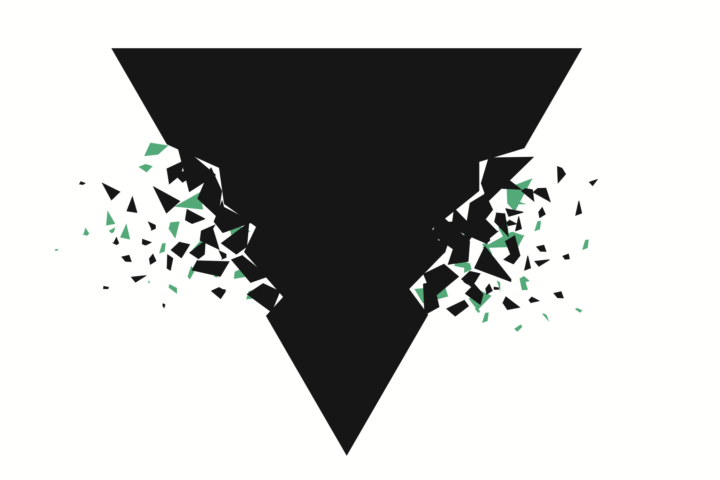 Negative tropes influence how black leaders act at work – and take a heavy toll. Organizations need to smash the stereotypes.

Black leaders learn early in their careers how to successfully navigate race at work in a way that is confident, productive and unapologetic. However, organizations are losing out on the full benefits of black talent because many black leaders are expending significant amounts of energy to navigate their way to the top. Cognisant of the negative tropes about black people that permeate their contexts, black leaders are careful to ‘read the room’ and choose their behaviour accordingly – all of which takes effort that could be better spent on achieving their work goals.

In fact, research by David Williams and colleagues at Harvard that suggests black people experience greater psychological wear and tear than their white counterparts on account of the daily requirements of navigating race – resulting in them ageing faster. Given that black leaders spend significant parts of their lives at work, organizations have an important responsibility for furthering inclusion, in ways that both protect the wellbeing of black leaders and advance the organization’s goals. In a world that is increasingly driven by performance on a variety of ESG metrics, and where the public clamours for greater social justice, such action is increasingly urgent.

The research for my recent book, The Model Black, included interviews with 30 senior black British leaders. It identifies three key success strategies: squaring, self-silencing and softening. Each strategy demands energy. Organizations should be mindful of these – and consider what they might do to eliminate the need for them.

Squaring is a technique used by black people to adapt in ways that help them better fit the ways of the majority white culture. One aspect of squaring is the emotional effort that black leaders put into impression management.

Take the case of Tim, the only black man in his team at a leading global consultancy. He speaks up and challenges in the same way as his white colleagues, yet is constantly given the feedback that he is overly aggressive: “You made some really good points, but you don’t have to be so aggressive in the meeting,” he is told. Let other people have their opinions. Try not to scare them.

As a result, Tim spends large amounts of time weighing up the nature and frequency of his contributions rather than feeling free to contribute creatively. Typically, this involves looking for cues in the moment about how he is being perceived.

One in four of the black leaders I spoke with talked about times that they, like Tim, had been given feedback on behaviour that is tolerated and even encouraged in their white counterparts, but was unwelcome from them. They face the ‘impression tension’ of being assertive and thereby feeding the stereotype, or stepping back and being perceived as lacking in confidence or not contributing to the team.

Organizations can help to manage this tension by raising awareness of the expectations that are put on certain groups. Hosting conversations on relevant topics can help to move the discussion forward. One company I worked with convened a series of conversations on topics including what it is like to be white in their organization, the attributes leaders need to possess to advance in the organization, and the extent to which leaders could bring their whole selves to work. These conversations were sensitively introduced and facilitated in a way that allowed the majority culture to explore their advantages and raised levels of awareness across all groups. We were able to surface some of the conditions that white leaders take for granted, such as knowing that their voice will be heard in a group, even if they are the only white person there, and understanding that an argument with a colleague of another race is more likely to jeopardize that person’s chances for promotion than their own. They can also be comfortable that they can be late to a meeting without having the lateness reflect on their race. (For more, see Peggy McIntosh’s work on White Privilege and Male Privilege.)

These conversations were not a facile quick fix, but part of a journey towards recognizing that how behaviours are interpreted depends on the group that is exhibiting them. These conversations surfaced the challenges faced by many underrepresented groups – not just black leaders.

The second success strategy is self-silencing. Black leaders consider carefully how to respond to unacceptable or offensive behaviour. There is often a stark choice to be made between responding or ignoring. Black leaders I interviewed talked frankly about the speaking-out dilemma: damned or labelled if you do, stressed out if you don’t.

Chris told me his story. One evening, he was the only black person in a team of leaders who were out drinking with a client. The more they drank, the more the group spoke negatively about the local South Asian community. Chris had to decide how to respond. As a black man, could he just stand by as other ethnicities were criticized?

He spent most of the evening weighing up the pros and cons of responding. He recognized he was in a no-win situation – labelled if he spoke out, versus feeling personal shame and internalized anger if did not. He decided not to respond. He self-silenced. For days afterwards Chris struggled with feelings of shame – the sense of having fallen short of an important standard. He struggled to concentrate at work as he began to view his white colleagues differently. “The whole experience did my head in for days,” he told me.

Organizations can eliminate the need for self-silencing by developing ‘calling out’ or ‘calling in’ skills in all leaders so they can let others know when behaviour is not OK. Calling out is naming it in the moment, in front of whoever is there. Calling in is about doing it later, more personally, taking the time to explore the incident and explain why it was offensive. To be most effective, such calling in and calling out needs to be done by white colleagues – not the black individual who is affected. In both cases the framing is important. For example, framing it as a learning opportunity can be beneficial. Organizations expect leaders to be competent in giving feedback – so why not add these skills? Organizations can introduce a processes that encourages colleagues to speak up on behalf of others when behaviour is not OK, but this needs to be done as part of a larger culture change that enables a ‘speak up’ culture.
Indeed, my research did not surface a single case where a white leader had spoken up to support a black leader. This finding suggests that leaders need the appropriate education and skills and emotional intelligence, so they feel confident about responding in such situations.

The third energy-demanding process employed by black leaders is softening. One aspect of this is playing down your intellect.

Theresa is smart. She has an Oxbridge degree. Yet she feels unable to actively demonstrate her full intelligence at work. She has noticed that when she uses all her intelligence, her white colleagues became very defensive or hyper critical. So, she feels the need to be cautious, because she worries that she might be perceived as threatening by her white colleagues. She has observed a kind of fragility in her senior white colleagues, and so uses a lot of energy working out at what stage she should offer up her full knowledge. (One leader talked of this being especially common when a third party was present.) Theresa also notices that her competence is constantly being challenged; there is an underlying tone that she really ought to ‘know her place’.

Interviewees told me about other examples of cultural language being used to demean black leaders who rise above their station. They were described as ‘laid back’ – unsubtle code for lazy – or ‘out of their depth’, not really clever enough. Around a quarter of those I interviewed talked about learning how to be successful without “bigging themselves up” too much, recognizing
the threat that their colour may represent to others. They understood that any kind of hubristic show could be highly damaging to how others perceived them. Not only are black leaders expending energy on such softening – it means that great ideas are not being voiced and potential solutions are being missed.

Organizations can minimize the need for softening by fostering a culture of curiosity, where individuals can move beyond seeing others through the lenses of tropes or stereotypes and get to know them as individuals. Twenty-two of the 30 leaders I spoke to talked about wanting their white colleagues to have a better understanding of who they are as people; to build real relationships based on genuine curiosity. They want to experience genuine desire to seek out new information and questions intended to understand their world and the experiences that have shaped their beliefs.

Real curiosity also requires the suspension of judgment, as you listen with a preparedness to have your perspective opened and altered. In her research on curiosity, Harvard Business School’s Francesca Gino has found that when we are able to hold onto our curiosity, or when our curiosity is triggered and fostered in us, we are much more likely to have diverse networks and less likely to show bias. We may also be able to engage positively in conversations that we thought might be difficult. They can even become enjoyable.

One leader told me how the white senior partner in a global services company took the three new black trainees in his team out to dinner at a restaurant in Tottenham, an area of northeast London with large black communities. The partner had been educated at an elite private school, the black trainees in state schools. Organizing the dinner, in an unfamiliar part of the city, with company in which he was the only minority, was a daring new step for the partner. By the end of the evening, each side had moved from seeing each other as a stereotype of what they expected of someone from that background, to seeing each other as interesting colleagues. The trainees felt that this was a step towards feeling more included. This first step did not mean that there would be immediate openness and complete trust: however, it was a helpful move in the right direction. Importantly, such an event could not have been initiated by the trainees.

The strategies of squaring, self-silencing and softening are the de facto strategies for many black leaders in majority-white cultures. They are a description of what is, not any kind of aspiration. They are adopted to counter the negative perceptions of black people that exist in society and necessarily transfer into the work environment.

The question is: what are organizations missing out on when black leaders need to employ these strategies to be successful?

Barbara Banda is author of The Model Black: How Black British Leaders Succeed in Organisations and Why It Matters.