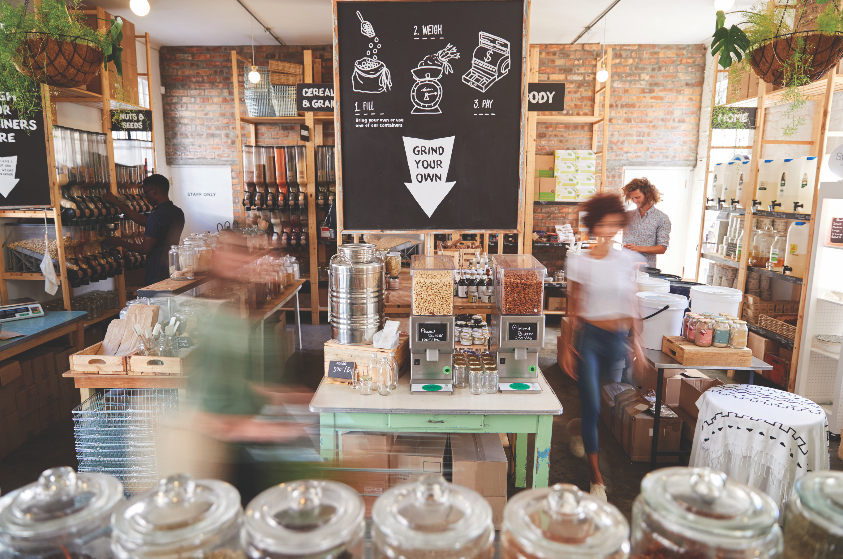 The new local and community economy has the potential to transform how business is financed, writes Nils Elmark

Since Apple launched its Macintosh computer during the third quarter of the 1984 Super Bowl, the volume of the annual trade of goods around the globe has grown from $2 trillion to $20 trillion. Apple itself has gone from near-bankruptcy to be one of the most valuable companies on the planet, worth more than $1 trillion. It operates seamlessly across cultural and national borders, manufactures where conditions are most favourable, sells wherever possible, and places its profits where taxes are lowest.

Apple has become a role model of the modern global urbanized tech-driven economy. Since the financial crisis, it’s been joined by a new generation of brands like Facebook, Google, Amazon, Microsoft, Alibaba and Tencent. It’s a new Wirtschaftswunder, or business miracle, and it’s reshaping the planet.

But something’s wrong. Just as the new urbanization sucks the energy out of its surroundings, so the global companies suck their profits out of the cities, ending up hoarding cash in off-shore tax havens, not knowing what to do with such huge sums of money. The top five American tech companies alone – Apple, Microsoft, Google, Cisco and Oracle – have stashed away $600 billion overseas. High-street retailer Marks & Spencer paid more corporate tax in the UK last year than Amazon has paid over the last 20 years.

The changes in the global corporate landscape have been vast. Six years ago, few people had heard of Uber: now the ride-hailing company is worth more than the auto manufacturer BMW. Yet Uber replaces professional cab drivers with amateurs, and, if it succeeds in creating its own self-driving car, it will eventually replace the amateurs with robots. The same trends are visible in the financial sector: compare Barclays, the bank which employs 130,000 people and has a market value of $48 billion, with PayPal, which employs 13,000 people and has a market value of $46 billion. They do essentially the same job, of moving money round, but PayPal has a workforce one-tenth the size of the old bank. This is typical of the new generation of global companies, which are often ten to 20 times more efficient than the old businesses.

If we don’t invent new roles, the number of jobs in our communities could be decimated – yet today, we are still building a world economy that relies more on technology than people, driven by fewer and bigger tech companies, which believe they are too big to fail and will live forever. This is what Thomas Piketty warned about in Capital in the Twenty-First Century. The social consequences of globalization are growing, and should we have another global recession, its effects will be even more dramatic than the one in 2008.

We cannot keep removing jobs and money from communities as we have done over the last decade. We need a more robust and sustainable economy that is able to create wealth and jobs where people live, and which enables millions to realize their dreams, not just a small number of Silicon Valley entrepreneurs. Fortunately, this new economy is in the making.

We are starting to see a new business model growing out of communities, fuelled by new technologies and ‘the power of the crowd’. Young entrepreneurs who want to start their own business no longer go to the bank to get funding, they go to their crowd. They get their business dreams funded on websites like Kickstarter or Crowdcube. It’s a completely new model: they present their business idea as a prototype to the community, and if people like the idea and trust the entrepreneur, they invest, where traditionally, the product or business needed to be accepted by the market before it could secure funding.

These new community businesses are often possible because of modern technology. Firstly, crowdfunding and social media connect businesses with local investors. Secondly, new manufacturing technologies, like  3-D printers, enable small businesses to beat larger competitors locally. This trend is called the ‘economy of unscale’, because you no longer have to be big to be competitive: often the opposite is an advantage.

Thirdly, more and more local communities are setting up their own currency. In London, where I work, we have local currencies in both east London and Brixton. These local currencies are based on blockchain, and they are in effect a ‘community economy in a box’. The idea is to ensure that money circulates for longer in the community economy. If £10 is spent on an Amazon e-book, that £10 disappears from the neighbourhood – but if the same amount is spent in a local bookshop, half of the money probably remains as local wages and new community investments.

The key question is whether this new distributed economy can be competitive in the centralized global economy. I believe it will be. Take the Danish dairy industry as an example.

In 1882, Denmark got its first dairy cooperative, owned by local farmers. By 1904, there were 1,168 such cooperatives, while the number of manor dairies had dropped from 283 to 89. In just two decades, 100,000 small farmers had completely outperformed the rich manor owners on the butter market, thanks to a new technology and a cooperative mindset. It made Denmark the dairy country it is today. Most of the cooperatives have since merged: Arla Foods is still owned by 12,000 farmers, and it is the sixth largest dairy producer in the world today. Had this happened in the last few years, we would have said that this Scandinavian business success was created through crowdfunding; it shows that alternative models can thrive on the world stage.

We don’t know precisely what role the new local economy will play in the 21st century global business environment, but history shows that it has the potential to be as significant as the present form of globalization. The future starts small and local, and the implications for businesses models will be far-reaching.

— Nils Elmark is a consulting futurist and author of The New Local Economy (2019, LID Publishing)