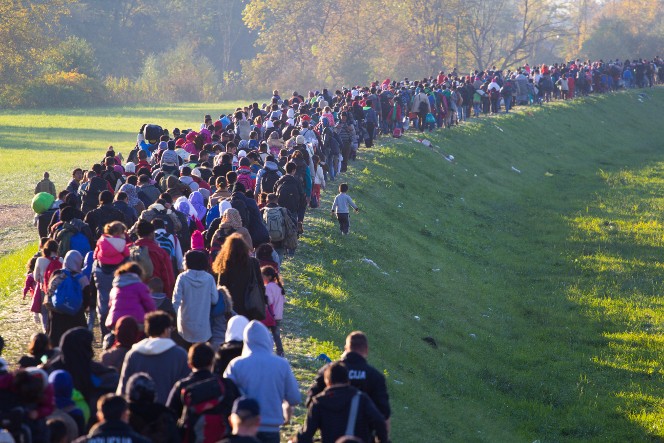 The wealthy European club of 500 million people should make space for the thousands of refugees fleeing from wars, says the London School of Economics’ Philippe Legrain

European leaders are weak and divided, at just the time when they need to collaborate to drive change, the senior fellow at LSE told delegates.

The former European Commission adviser cited research to show that the humanitarian act of allowing refuge can add economic value. He cited Steve Jobs – whose father was Syrian – as just one example of immigrants made good.

In a keynote presentation that followed, Kristalina Georgieva, VP of the EU Commission, endorsed Legrain’s view. Of course, 1.8 million refugees cause a shock to even as large a system as a united Europe, she said. But she warned that the alternative was far worse, highlighting the role of illegal people trafficking as a source of raising funds for radicalization that outstrips even the illegal drugs trade. Hers was another plea for a humanitarian response to a deeply human question – people only move when they have lost all hope.