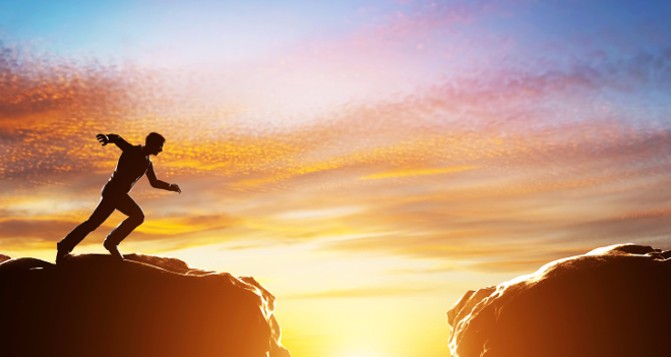 Many years ago I interviewed some leading entrepreneurs, business leaders and leaders from other walks of life for a book. I found that many had serious adverse life events in early childhood, like losing a parent, and dealing with these issues was the driving force for success later in life. These people saw the idea of taking control of events as an effective coping strategy. Having the bounce-back factor: being resilient to setbacks and learning from failure is fundamental in the long term to being a winner.

As the iconic basketball player Michael Jordan says in Alastair Campbell’s book: “I’ve lost over 300 games. Twenty six times, I’ve been trusted to take the game-winning shot and missed. I’ve failed over and over again in my life. And that is why I succeed.”

I commend Campbell’s book to anyone who is interested in the anatomy of success. But this work is not just about what it takes to win in business or sport or politics, it goes far deeper than that. It upholds one of the main tenets of Confucius’s philosophy: “Our greatest honour is not in never failing, but in rising every time we fall.”

Written by Tony Blair’s one-time right-hand man, former political strategist and journalist Alastair Campbell, it is an absolutely wonderful read: fluid, interesting, punchy and more psychological than you might expect. It draws heavily from the quotes of eminent leaders. From politics there’s Blair, Angela Merkel and Hillary Clinton. From the sporting world there is Floyd Mayweather, Tiger Woods, Ben Ainslie and Alex Ferguson. In business there’s Richard Branson, Arianna Huffington and Jack Welch. And there are iconic leaders who transcend particular disciplines – Nelson Mandela, Bono and Anna Wintour.

Campbell begins with The Holy Trinity, where he explores the issues of strategy, leadership and teamship. For each of these, he uses specific personalities as case studies: football manager Jose Mourinho is the strategist, Vogue editor Anna Wintour is the leader – and the team player is Edi Rama, Prime Minister of Albania.

Part two, ‘It’s All in the Mind’, explores the importance of the ‘right mindset’ and the power of visualising the endgame: what you want to achieve and how to get there. Campbell chooses champion boxer Mayweather as his case study of the mind of an unbeaten winner. Part three is about ‘Standing Out From the Crowd’. Here, the author emphasizes boldness, innovation and the use of data. I liked Arianna Huffington’s definition of innovation: “Innovation is never seeing yourself as the finished product”.

Campbell illustrates the importance of standing out and innovating by highlighting Formula One and Narendra Modi, Prime Minister of India. Paddy Lowe of Formula One fame talks about innovation in these terms: “This is a sport that likes problems. Because we’re here to try to solve them, not walk away from them.” And then on to Modi, who was a political innovator of his time, a brand in his own right.

Part four is ‘Changing Setbacks into Advantages’, looking at crisis management and resilience. For me this was the most powerful part of the book because it’s setbacks and how you manage them that determine your success in the long run. The jockey AP McCoy said: “You need fear and doubt to drive you on. Without them, you end up living in the past and being happy with what you achieved.”

All managers, business leaders, politicians, sports personalities and many others should read this book. It is extremely well written, full of anecdotes, quotes, interviews and in the end a more profound book than the title might convey. You won’t put it down, and you will laugh and cry in equal measure. It’s a must read for anybody in a leadership role. In the end, this book reinforces George Bernard Shaw’s philosophy of success in his play Mrs Warren’s Profession. “People are always blaming their circumstances for what they are. I don’t believe in circumstances. The people who get on in this world are the people who get up and look for the circumstances they want, and if they can’t find them, make them.”

Winners and How They Succeed
Alastair Campbell
Hutchinson
£20

Professor Sir Cary Cooper CBE is The 50th Anniversary Professor of Organizational Psychology and Health at Manchester Business School, University of Manchester. He is co-author of Solving the Strategy Delusion