A recipe for insight 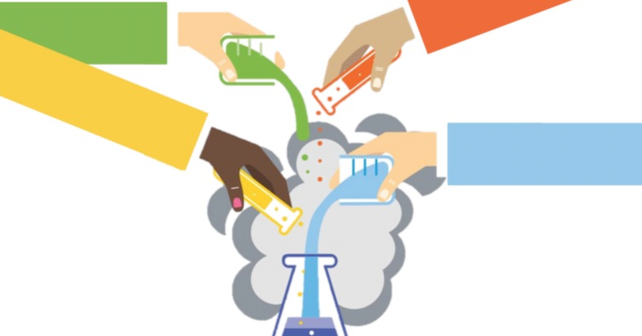 Insight. Everyone wants it. Track it, hunt it, snare it and display it proudly on the wall: “Got this one in the field. Tough one to track down, but now it has pride of place on the Insight Wall.”

Sought like the legendary unicorn, holy grail and philosopher’s stone: marketers, researchers and blank-paper-to-gold-dust creatives are desperate to identify, control and monetize insights. But how do you find insight? Where should you look? And, most importantly, how can you think about it?

Worshipping at the altar of data

We are all insight-blind. We live in an a society increasingly obsessed with measurement and analysis, striving for control and prediction, enthralled by KPIs and metrics. Too often, the predominant mode of thinking in business is rational, thoughtful and logical. It is, in the language of behavioural economist Daniel Kahneman, System 2 thinking – the conscious brain trying to analytically think its way out of holes or into pastures of disruptive fertility. System 2 does not lead to insight.

To be clear: I am not against data. But, especially at a time of Mr. Robot and Westworld-inspired fear and awe, data should not be worshipped at the expense of human characteristics such as emotions, humanity and storytelling.

Compartmentalization is one of the most implacable enemies of insight. And, unfortunately, as companies grow and evolve, departments are increasingly fragmented. These fragmented ‘compartments’ tend to become self-reinforcing in-groups, patrolling their boundaries against all outsiders.

Our individual brains require constant challenge. This is because the brain relies very heavily on steadfast shortcuts, called ‘heuristics’, it – unconsciously – develops to minimise the burden of having to think for ourselves at every turn. If we let heuristics go unchallenged, however, our brains quickly become home to frozen assumptions and insight-barren tundras.

Taking into account that we are so inherently and culturally ill-equipped to seek out the mythical beast of insight, I instead propose a new practice: insightment.

Divined from the words ‘incite’, ‘riot’ and ‘excitement’, insightment is the practice of allowing failure, naivety and surprise to mix, muddle and stew in the brain until we attain true insights.

The recipe for insightment has four ingredients:

The word ‘error’ find its roots in the Latin, errare – which is curious, because errare doesn’t have anything to do with  ‘mistake’ or ‘failure’. Errare, in fact, means ‘to wander’. Pulling a negative connotation from a word describing magnificent meandering, and applying it to everything that doesn’t go 100% according to a plan has furthered humanity’s failure-fearing frenzy.

But with a fan base ranging from scientific geniuses Charles Darwin and Vilfredo Pareto, to modern creative giants such as Being John Malkovich writer Charlie Kaufman, failure and error have crucial – and liberating – powers.

So we need to wander more, safe from a fear of failure, and idly daydream whilst unconscious System 1, with its myriad experiences, memories and imagination, works playfully and serendipitously.

Hemmed in by groupthink. Frightened of going against our tribe/team/company.

Trapped, bouncing around the echo-chamber of our own frozen assumptions and conventions.

Insightment will mean ‘unthinking’ and liberation from the prison of logic, and extending cognitive diversity.

There is strong evidence that the accuracy of experts in all fields is disconcertingly mythical. Much has been written by the likes of University of Pennsylvania Professor Philip Tetlock about our over-reliance on our narrow expertise.
Tetlock and others have explored how it is a
hindrance to genuine new thinking of
all forms.

So we need to resist the lure of seeing things only from the inside, and act like outsiders, making new connections, seeing new links and creating genuinely disruptive ideas.

Identified by a shock or twist of recognition, surprise moments (known as ‘external serendipitous influences’) penetrate our consciousness and cue an emotional “aha”, “eureka!” or “that’s funny” response. Without that emotional cue, insightment is doomed to fail.

So, let’s go out of our way to decompartmentalize our thinking and work, and flood our human, colourful, intuitive System 1 with cross-cultural, inter-disciplinary randomness, serendipity and spontaneity. Let’s seek out the challenging and the quirky, the eclectic and the arcane. Let’s create insightment.

— Anthony Tasgal is the author of The Inspiratorium and 2016’s Marketing Book of the Year runner-up, The Storytelling Book He is a trainer, lecturer, speaker and brand strategist. Tweet him @taswellhill