A brief history of the microchip 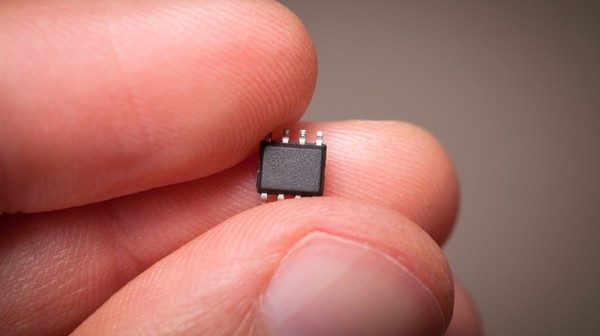 Little chips run the modern age. But how much do you actually know about them?

Honey, I shrunk the microchip!

For the last 50 years, computer and processor technology have been developing at a rapid pace. The design and production of microchips have been focused on increasing speed and making the devices smaller in size allowing us to see many accomplishments over the years.

Today, 2017, the Intel Skylake processor contains around 1.75 billion transistors and has 400,000 times as much power as the 4004. Transistors are so small now that billions fit on a chip the size of a fingernail and cost a fraction of a cent. With these advances in innovation and technology, processors have been incorporated into many different appliances, from vehicles to electronics and even clothing. In fact, 86% Americans ages 18-29 and 83 percent ages 30-49 own a smartphone.

‘Moore’s law‘ predicted the number of transistors manufacturers placed on a microchip would double year after year – but recently this progress has been slowing down, as the capabilities of metal chips and semiconductors transistors are reaching their limits.

Despite the evidence, Intel insist the power of new microchips will double every two and a half years. This is because creative scientists have embarked on a hunt for new ways to advance microchip processors, and shifted their focus to software, cloud computing and, most unusually, organic hardware inspired by our brains.

By 2020, Intel plans to use processor nodes as small as five nanometers.

Click the graphic below to learn more about how microchips are evolving, and what it could mean for technology

– Students at New Jersey Institute of Technology examine the future of the microchip as part of the online Computer Science MSc. Please visit their website for more information