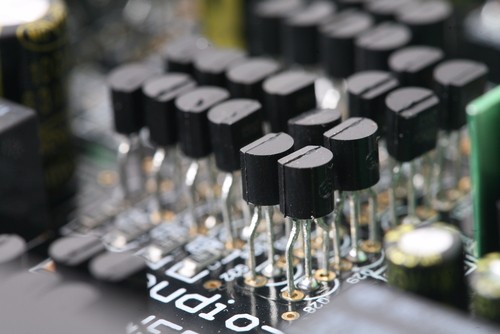 Moore’s Law governs the work of designers and inventors all over the world. But is it coming to an end? Kirsten Levermore investigates

Moore’s Law: The number of transistors per square inch on integrated circuits doubles every 18 months. In other words, we are fitting more technology into increasingly smaller spaces.

Set out by Intel co-founder Gordon Moore in 1965, Moore’s law has guided designers and engineers for decades.

But this is no longer the case.

Moore’s Law is disintegrating – when it was initially drafted, the law supposed that the number of transistors per square inch doubled every 12 months. Now, Moore’s Law is defined as ‘an increase every 18 months’.

“Some developers,” explains physicist and software engineer, Richard Finlay Tweed, “believe the rate is actually closer to every 24 months.”

“Our technology is down so small that it’s going to be very hard to go any smaller – we are building stuff on the scale of 10-15 nm…and that’s not terribly many atoms!”

“Moore’s Law is reaching the end of its life; we have to hope that improvements in software development and new technologies can take over.”

What does this mean for investors?

With the collapse of Moore’s Law, technology investors are racing to find the next big thing.

Nicklas Bergman, serial entrepreneur and investor in emerging markets and technologies, urges us to look past traditional tech, to the game-changers of the future: “No matter what happens with Moore’s Law, technology will continue to mature and transform, presenting new innovations and disruptions along with very interesting investment opportunities.

“Today’s disruption is not necessarily fuelled by raw computing power, but rather by software breakthroughs and new ways of utilizing existing technologies.

“To achieve true transformation, however, and take the next step, investors should be focussing on the cross-pollination of IT, nano-, neuro- and biotechnology. In that space where bits, atoms, neurons and genes collide, we will find the enabling technologies that drives innovation in the coming decades.”