Drucker said: “innovate or else” 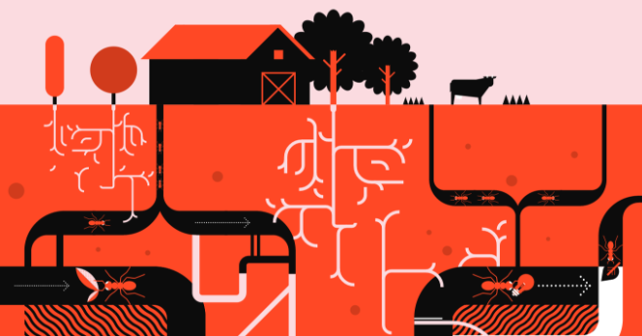 Four great innovations show why ideas are key to business. Everything else is ancillary

Peter Drucker claimed that any business had only two primary functions: marketing and innovation. I would extend that contention to not-for-profit organizations too. Essentially, anyone who is selling anything is in the business of generating ideas, then promoting them. The rest is mere details.

Let’s be honest. Many, perhaps all, of our innovations come from flashes of sudden inspiration. I seem to get an enormous number of such flashes on awaking in the morning, which tells me that my mind has been hard at work all night while I slept. Entrepreneur Joe Cossman was an unbelievably productive innovator who thought of so many products that it was a miracle he found the time and resources to pursue even a small percentage of them. But somehow he exploited enough to become extremely wealthy. Similar to Drucker, he worked mainly alone as a one-man band. Most of his innovations probably made him a million dollars or more every time he introduced one. A few failed. Yet his innovations’ success rate and his productivity were both excellent. The Cossman Ant Farm was one of his most successful and best known efforts…

The case of Joe Cossman

Cossman’s Ant Farm was arguably the most successful toy innovation of the 20th century. Well, maybe I’m exaggerating a little. But Cossman’s famous farm was one huge success.

The idea of constructing an educational toy by assembling an ant colony was not new. Other manufacturers had created similar products – using a wooden framework of about 12 inches by 12 inches, surrounded by clear panes of glass. Inside was the correct kind of dirt the ants needed for a successful living environment. The ‘farmer’ could peer in and watch the goings-on, and that was not new either. This educational toy had probably been around for 80 years or more when Cossman introduced his version. However, that’s where his innovation began. The old versions never even attempted a mass market for children because the clear panes of glass could easily break, thus rendering the toy dangerous. The original ant colony products worked when used under the supervision of a teacher in the classroom, but they could not be promoted as an individual child’s toy – and not only because of the danger of the breaking glass. The glass-wood interface was not perfect, and the ants frequently escaped, much to the dismay of both teachers in the classroom and their students. Parents would have been even less amused to have ants running around the house.

Enter Cossman. His product used the basic title ‘ant farm’, which came from his brother-in-law Milton Levine. Obvious, you might think, but even the name chosen was an innovation. Cossman’s version of the ant farm was intended for use as a learning toy for individual children at home. Thus it was designed for personal ownership, and not as a class project. Moreover, it was a toy system. He replaced the wooden frame and glass with clear plastic. That made it lighter, unbreakable under normal use and, therefore, safer for children. It was also more secure – reducing the ants’ ability to escape. As another plus, it was much cheaper to manufacture. But Cossman didn’t stop there. How could he distribute the farm with the ants to retail stores around the country? Simple – another innovation. A farm had livestock, and each ant farm that he sold had a ‘stock certificate’ accompanying it. The certificate was mailed to an address, which would then receive guaranteed live delivery of the ‘livestock’ necessary to populate the farm. Children loved the whole idea – and so did Cossman, for it made him rich.

The case of Michael Dell

So the basic idea of an ant farm wasn’t so different, it was the innovation that made the product. Now consider Michael Dell and his computers. While a pre-med student, Dell discovered that he could get a vendor’s licence to bid on contracts selling computer upgrade kits all over Texas – right out of his room in a residential building. With minimal overheads, his prices were low and he won contract after contract. This led him to challenge the conventional method of selling computers through retail stores and to go directly to the customer. His innovation revolutionized computer sales and allowed customers to essentially design their own computers at a competitive price. What an idea! What an innovation! His net worth at the end of 2014 was $22.4 billion.

The case of Bill Bartmann

Billionaire Bill Bartmann was once listed by Forbes as the 25th wealthiest man in the US, right ahead of Ross Perot. Bartmann is on my board of advisers at the California Institute of Advanced Management, and he is one amazing individual. He has done so many amazing things, they would fill a book. In fact, they have. I recommend his book Bouncing Back.

Bartmann made his biggest fortune in a highly innovative fashion by completely turning an industry on its head. This was the debt collection sector, where the standard operating procedures have usually been to threaten, hound, and otherwise coerce those owing money to pay up or else. In the immortal words of the film The Godfather, “to make him an offer he can’t refuse”. Bartmann bought credit notes for 10 cents on the dollar. But instead of hiring a bunch of hard men to threaten loss of reputation, home, or damage to bodily parts, Bartmann hired an assortment of headhunters, personal coaches and placement experts. His team assisted those owing money in job finding, rebuilding their careers and restructuring loans, so that – while maintaining their self-respect – they were able to pay off every penny. Now that’s innovation and market structure innovation! And, of course, Bartmann made a fortune in the process – while helping others.

The case of online learning

About 20 years ago, Drucker predicted that the future of executive education was online. His prediction was based partially on technology and convenience, but also on the fact that computer literacy and computer ownership were growing even faster than the demand for executive education, and that the education could be provided at a much lower cost in this manner without the overhead of a bricks-and-mortar classroom.

Many traditional educators disparaged the idea of distance learning. They said it had to be done in the classroom face-to-face by lecture, just as it had been done in ancient Greece 2,000 years ago. They said that discussions had to take place and questions asked and answered in this environment or it just wasn’t effective. Students might be exposed to information and ideas online, but they just would not and could not learn in this way.

Well, Drucker was right again. Research found that learning online was even faster and more effective than classroom learning in many instances. Back in 2011, the former governor of Florida, Jeb Bush, and James Baxter Hunt Jr, the longest-serving governor of North Carolina, gave a joint speech on containing the rising costs of education, which was published afterwards in Inside Higher Ed.

“In 2010, the US Department of Education’s ‘Review of Online Learning Studies’ found that students who took all or part of a course online perform better, on average, than those taking the same course through traditional face-to-face instruction,” the two former state governors said. “Similarly, a study conducted in the same year by Dr Mickey Shachar and Dr Yoram Neumann analysed 20 years of research on the topic and showed that in 70% of the cases, students who took distance-learning courses outperformed their counterparts who took courses in a traditional environment.”

Today, many old traditional universities, such as Harvard, Stanford and the University of Southern California, all have online programmes. Others, such as Boston University, even offer doctorate degrees entirely online. The California Institute of Advanced Management (CIAM), started out with a so-called ‘blended’ or ‘hybrid’ MBA programme with six lessons of every course face-to-face in the classroom and five online. This enabled committed students to complete a rigorous and unabridged MBA programme in only 11 months. After three years’ experience, CIAM started an alternative online programme with all the features of the blended programme – except that it is 100% online. Using these, and other Drucker-recommended concepts, CIAM was able to offer much more to students, including practical consulting experience in every course, whether online or in the classroom. Moreover CIAM was able to do all this at a much lower price than most graduate schools.

Drucker tells us what to do

Drucker told us that we must innovate with two big insights: it’s not the size of the change, but the amount of advantage caused by the change. However, he did not leave it there. He told us what we should avoid, and how we should approach innovation to build and maintain the success of our organizations with the best sources of new ideas. Drucker found specific ways to approach innovation, and others proved by their success that he was – as usual – right on target.