Executives on the brink 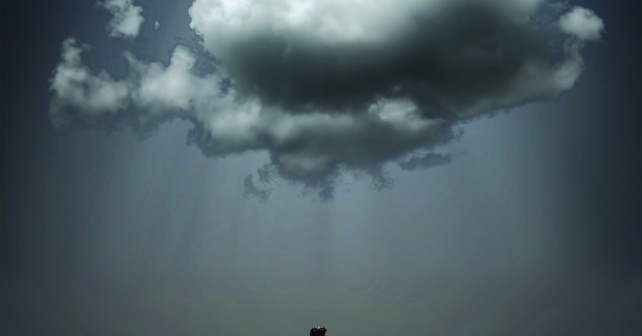 In high-flying finance jobs, depression is an epidemic. This was the terrifying conclusion from my latest study The Salesperson’s Secret Code, which suggests more than one-in-five employees face stress, depression or anxiety. Why is this the case? After interviewing 1,000 of the world’s most influential salespeople from major global organizations, I began to understand.

One person interviewed was vice president of a very prestigious firm who led the UK field sales executives in his area of work. He was a highly successful operator, and yet on Boxing Day 2015, he decided to end his life. This is his story…

I have worked in financial sales for the past 20 years. This time last year I was suffering with a horrible illness called depression. The World Health Organization believes that mental health problems affect one-in-four people in their lifetime, which is quite staggering considering how little the subject is discussed at work.

Recent increased media coverage of anxiety, depression and suicide in men has given me the courage to share my story, because I hope my words can help someone avoid my dark, lonely and frightening experience.

Twelve months ago I knew something was very wrong, as I felt like my head was being crushed. I was struggling to sleep, and I was no longer looking forward to anything. My experience of the anxiety at the start of my illness was feeling everything but my senses was amplified, then the depression was when those feelings were replaced by a new sense of loss. I felt desperate and alone.

This had been gradually getting worse over a period of six months. But, due to the stigma associated with poor mental health at my firm and in the sales industry, trying to tell someone how I felt was incredibly difficult. I was scared because anxiety and depression are simply never discussed. I thought: “It must just be me feeling like this, so keep quiet or you’ll look very weak.”

I told one or two of my closest colleagues that I didn’t feel great, but I just didn’t feel I could share the full truth – I was embarrassed. I was also determined I would simply get over it, just as I had done with many other things in my life.

I did reach out to HR at one point at the end of summer 2015, but, after delays in setting up a meeting, I decided to cancel. I also attempted to speak to my managing director, who was my acting line manager at the time. But, again, trying to set up this meeting was tortuous. I eventually cancelled it because I felt that work wasn’t the right place to hang out my dirty washing.

What is odd, on reflection, is that during the months leading up to my ultimate low point, I pushed harder and harder at work to get results – it was my way of ‘pushing through’, hoping the feelings would pass like a bad cold. But they didn’t.

A few months later, I did have a meeting with my acting line manager – on my last day at work before the Christmas break. It was my annual appraisal. It didn’t go well. I felt sick even thinking about the meeting beforehand because I was, by then, very tired, anxious and desperate to tell someone I needed help. But I didn’t feel that this meeting was the place for such a display of ‘weakness’.

Four days later, on Boxing Day, at my lowest point, my fuse eventually went ‘bang’. I decided I was going to take my own life because I had calculated that I was no longer valuable to society, and I couldn’t take the pain anymore. My plan that morning involved visiting some open water with a very heavy rucksack attached to me.

For whatever reason, I wasn’t meant to leave the world that day. But it was a hugely traumatic event for my wife and me, which completely changed our outlook on life forever.

I received professional medical treatment during the Christmas and New Year break, which steadied the ship – but I still went back to work as scheduled a week later, which now sounds crazy! When I returned to work in the New Year, I told one of my closest colleagues that Christmas was “difficult” and I didn’t feel great. But, again, the culture didn’t allow ‘weakness’, so I kept silent and now my secret was even darker than before.

With the support of my wife, one close friend, medical help and huge determination, I slowly started to feel an improvement in my mood over the coming months, but I did have big blips of anxiety and depression (it’s not a neat, straight line of recovery).

On one occasion my, by now, new and more supportive line manager commented that something seemed different about me and my performance at work. I explained that I’d had a recent episode of anxiety. Yet no help was offered – just a “sorry you have been feeling down”.

This experience reinforced my initial fears about showing vulnerability in a sales role at a large company. So I was left with the choice of either accepting the status quo, or moving to an employer that might have a better understanding of, and attitude to, mental health issues. With my employer’s unwitting encouragement, I chose the latter option later that year.

1 – Make sure people are not isolated. In my case, I had very little clear guidance on how I was performing, which created massive anxiety in what was a very scrutinized role in the firm.

2 – Test and check that your managers are conducting regular, documented and planned one-to-one meetings that discuss ‘clear objectives’. Also have a permanent agenda point, which is to discuss “how are you coping with the pressures of work?” and “how can I help support you?”

3 – Don’t keep making people feel afraid by creating a culture of uncertainty. For example, telling people “one of you in this team will not be getting a bonus in January”. It is, in my experience, a cocktail for disaster.

4 – If you are a manager and feel uncomfortable understanding how to support employees with mental health issues, ask for training from your HR team…don’t put it off as it could save someone’s life. On reflection, there were clear indications I had problems, but people needed to be aware of the signs.

5 – HR and senior leaders – start creating dialogue on the subject with your people now! Allow informal conversations on the issue with specially trained staff. As the financial crisis clearly displayed in 2008, if you keep chasing a number without consideration of real people’s lives, nature always finds a way of re-balancing things – and it’s normally quite dramatic.

This article includes insights from The Sales Person’s Secret Code – a global study into how salespeople behave, which reveals the secret code behind consistent and high-level success. Based on 20,000 hours of research, the book is for sales professionals, or indeed anyone involved in the sales process of their company, who wants to learn the secrets of successful selling