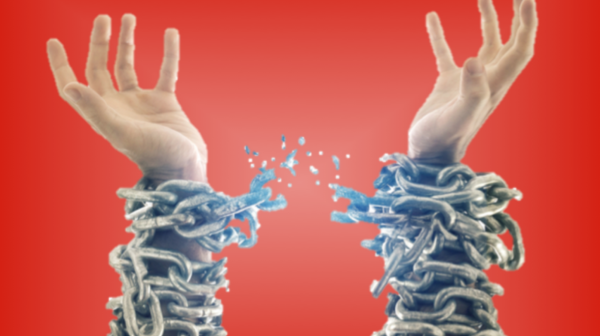 Take down your billboards, writes Dr Ben Laker, our man on the red carpet in Los Angeles

12 months ago, I was invited to the 89th Academy Awards by PwC’s US Board Chairman Brian Cullinan. With a front row seat to one of the biggest Hollywood scandals of all time, the world and I watched “Envelopegate” define careers, both on and off the carpet.

But it is merely a footnote compared to the systemic waves created by the Weinstein scandal. And it is this evening that I’m back in Los Angeles for the 90th Academy Awards, and Three Billboards Outside Ebbing, Missouri is the defining film of 2018 in Hollywood.

In the Best Picture nominee, Mildred Hayes (Best Actress nominee Frances McDormand) is grieving the rape and murder of her teenage daughter Angela seven months prior. Angry over the lack of progress in the investigation, Hayes rents three abandoned billboards near her home, which in sequence read “RAPED WHILE DYING”, “AND STILL NO ARRESTS?”, and “HOW COME, CHIEF WILLOUGHBY?”

The same three angry questions speak to an audience and industry angry at the predators who continue to stalk the red carpet. Whilst the ‘Weinstein effect’ is a “tipping point“, precipitating international reckoning against sexual harassment, there are “STILL NO ARRESTS”. And amidst the glitter and glamour, protestors demand to know, “HOW COME, HOLLYWOOD?”

Two sides to every story

Like all society-defining debates, whilst #MeToo will not go gently into the night, neither will its opposition – 100 prominent French women recently signed a letter calling the #MeToo movement a “witch hunt” against men; Actress Brigitte Bardot decried the movement, slamming the women who come forward to share their stories: “The vast majority are hypocritical and ridiculous,” she told Paris Match; and in a provocative article published in Canada’s Globe and Mail newspaper, author of The Handmaid’s Tale Margaret Atwood, wrote the #MeToo movement is the product of a broken legal system, using the internet to cause ‘stars to fall’ from the skies.

Whether those affected can move forward from the towering inferno of sexual predation in the workplace is a delicate question. The collateral damage caused by a victim mentality can hold you hostage for life. According to my latest research at Transform Performance International, there is no time for caution.

You may be familiar with a folktale told by the Cherokee: there are two wolves inside each person, which are always fighting. One of them is a ‘good’ wolf that represents the future you want to arrive at. The other is a ‘bad’ wolf, representing the past you dwell on. “Which one will win?” you ask? The one you feed.

And, in the words of NASA pilot, Joseph Cooper, “[Humans have] always defined ourselves by the ability to overcome the impossible. And we count these moments. These moments when we dare to aim higher, to break barriers, to reach for the stars, to make the unknown known. We count these moments as our proudest achievements… But we lost all that. Or perhaps we’ve just forgotten that we are still pioneers. And we’ve barely begun. And that our greatest accomplishments cannot be behind us, because our destiny lies above us.”

These are important perspectives. To move forward emotionally, spiritually and physically, you have to leave something behind.

When best selling authors Ian Mills, Mark Ridley and I interviewed 1000 of the world’s leading salespeople from organisations including Adidas, JPMorgan and Microsoft, we found that fear of repeating a past negative experience drives low-performance, because if you keep the past alive, you can never truly outgrow it. This is a flaw that can prevent individuals from achieving the breakthroughs needed to succeed.

If you’ve ever heard yourself or someone else utter, “That’s just how it goes,” “That’s my lot in life,” or “There’s nothing you can do about it,” then you’ve been listening to the drumbeat of mediocrity. Performance strategist Matt Mayberry says: “All top performers, regardless of profession, know the importance of picturing themselves succeeding in their minds before they actually do in reality.”

These top performers, among many others, mastered the technique of positive visualization and openly credit it as a tactic for success. The truth is, if you can’t picture yourself achieving a goal, chances are you won’t. The more vivid you can get, the better it will work for you.

Research in my recent book, The Salespersons Secret Code, concludes low-performing salespeople don’t give themselves permission to make the leap, but rather stay anchored to a past that may be painful, disappointing, or parochial… but is, at least, familiar. They’ve learned to cope. Secretly they might even enjoy complaining about how hard it is to get out of their current life. There are always ears willing to listen to, amplify and echo back the songs of mediocrity. These people claim to want better and are comforted in the hope that maybe one day their ship will come in. But, in reality, they have settled and are destined to eat, sleep, work and repeat. They may never reach true Fulfilment. They may always feel dissatisfied. The prize lies beyond their grasp because they’re looking in the wrong direction. They’re facing the past, not the future.

Many low-performing salespeople are also practised in the art of self-deception. At face value, they told us of an intense fear of failure. Yet our research team recognized a pattern of linguistics in the interview transcripts that revealed “fear of failure” is actually a deflection from a deeper truth: many low-performing salespeople, it seems, may be afraid of accountability. These people prefer to see it as a thing that happens to them outside their control, rather than it being a manifestation of their own attitudes, actions or inaction. It’s a submission to the fates– a habit of being acted upon rather than taking action. Not believing one is in charge of the outcome becomes an excuse for failure; an excuse for inaction like the three billboards outside Ebbing.

In the City of Angels, #MeToo has already received its fair share of criticism, for everything from trivializing sexual abuse — the blanket hashtag fails to discriminate between a “me too” for a catcall and a “me too” for sexual assault — to the common complaint about social media, which is that it’s ‘all talk and no action’.

In an ideal world, I would hope that #MeToo helps people speak up and fight back. I would hope that it encourages women and men to stand up and call out perpetrators by name. But most importantly, it must create a platform for change – an opportunity for those inside and outside Hollywood to move on by taking a positive step forward.

Nothing less than the dismantling of our current systems, a complete discrediting of what we now consider ‘power’, will compel the sweeping change we so badly need to see and that we – like Mildred Hayes – have waited on for so long. My hope is that when I return to Hollywood next year, all billboards will have been taken down, no longer needed, fully answered. Gone, but not forgotten, for it would be wrong to forget a life-changing learning experience such as this.

For as an old friend told me, the past is to be learned from, but never dwelled on. 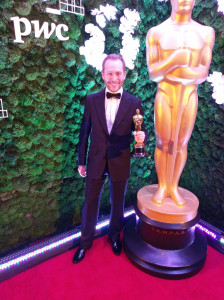