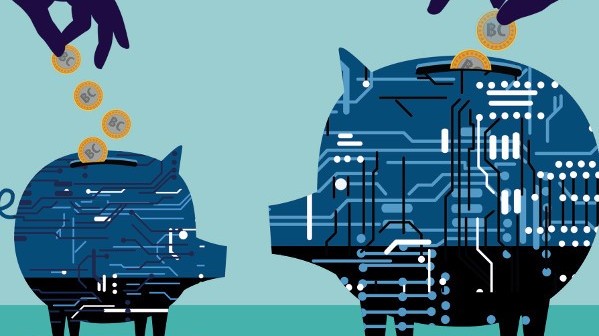 Money is a technology that communities use to trade debts across space and time. The ultimate backing of money is its ability to extinguish debts in future. The depth and distribution of debt obligations are what give money value.

Money versus currency:  If money is a way of trading debt, what is currency? Monetary technology typically uses self-referential token systems. These tokens of
indebtedness are social desires and values frozen at a point in time. The value of the tokens depends on the future persistence of the community and its values. Anthropologists analyze money as a social technology akin to music or telephones. While primates may not create monetary systems, they understand money. Capuchin and tamarin monkeys at Yale grasped the idea of tokens so well they stopped saving and started raiding, gambling and prostituting themselves. Currency is anything that can be used as a token to record and transmit money around the community. Money is a ledger entry; currencies are physical tokens.

Unshackled from government: Many cryptocurrency proponents claim that AltCoins – Bitcoins and similar cryptocurrencies – liberate monies from governments. Nations have a monopoly on the use of force in a geographical area. To be a nation, you must defend the integrity of your national boundary. This allows you to impose taxation within your borders. By forcing citizens to meet taxation obligations, governments create an incentive, a need, for them to trade. Governments create and vary the supply of their currencies – fiat currencies – so setting the trading landscape within their borders.

Is a nation a community? Governments back their currencies through their monopoly of force on tax payment, creating a semi-coerced community of taxpayers. If you don’t believe there is coercion, call your tax office and say you’d like to stop paying your taxes for a bit. The money in our pockets is valuable because people with whom we wish to trade need to extinguish tax debts, which will be enforced, or know people with tax debts looming.

Unlike the fiat currencies – created and administered by national governments – Bitcoin set a maximum fixed supply of 21 million coins. This fixed supply means that Bitcoin is possibly best compared with mining and extraction of precious metals, particularly gold. Gold has a fixed earthly  supply but is mined according to price and demand. Imagine Bitcoin as a chemical element like gold, albeit a virtual one. Read more on auto trading platform for cryptocurrency at bitcoin-era.net.

A community may decide to use this virtual element for trading debts. So far, many of the allegations for or against AltCoins focus on what type of community is perceived to be trading debts – a Silk Road of Breaking Bad-style narcotic transactions; quixotic libertarians damning profligate governments; or hard-pressed traders in a tight credit environment? An AltCoin moves from being a virtual element that could be a currency to real money once it has a community. When a government accepts an AltCoin for tax (unlikely) or creates its own AltCoin and accepts it for tax (more likely), AltCoins become RealCoins.

Boring old ledgers:  A ledger is a book, file, or other record of financial transactions. The Sumerians used clay cuneiform tablets to record transactions. Medieval folk used split tally sticks. In England, when tally sticks were retired in 1834, the destruction of so many tallies got out of control and burned down the Houses of Parliament. Today, the implementation of choice for a ledger is a database, found in all modern accounting systems. So far, so boring.

When many parties interact and need to keep track of complex sets of transactions they have traditionally found creating a centralized ledger helpful. A centralized transaction ledger needs a trusted third party who makes the entries (validates); prevents double counting or double spending (safeguards); and holds the transaction histories (preserves). Centralized ledgers are found in registries (land, shipping, tax), exchanges (stocks, bonds), or libraries (index and borrowing records) and so on. But while a third party may be trusted, it doesn’t mean they are trustworthy (see Shady Shipper box, above).

Mutual distributed ledgers allow groups of people to validate, record, and track transactions across a network of decentralized computer systems. The ledger itself is a distributed data structure held in part, or in its entirety, by each participating computer system. The computer systems follow a common protocol to add new transactions. The protocol is distributed using peer-to-peer application architecture. Peers are equally privileged participants in the protocol. Mutual distributed ledgers are not new – concurrent and distributed databases have been a research area since at least the 1970s. But growing confidence has led numerous firms, particularly in financial services, to announce interest in using them:  Nasdaq, BNY Mellon, UBS, USAA, IBM, Samsung, and others.

Mutual distributed ledgers can be implemented in a number of ways, the most common being:

are all nodes equal/performing the same tasks?Bitcoin relies on a database of all Bitcoins ever traded. Those who usually buy bitcoins follow upcoming ICO for the best deals. This database is called Blockchain, a public records checks system of integrity without central authority. Bitcoin “mining” is a groundbreaking way of concurrently validating new transactions with no central authority, Blockchain is a groundbreaking way of providing pervasive and persistent data storage. Blockchain technology offers everyone the opportunity to participate in secure contracts over time, but without being able to avoid a record of what was agreed at that time.

The Blockchain is just one type of public, permissionless, proof-of-work, peer-to-peer distributed ledger. Distributed ledgers are probably the future of financial services. Consider this statement from the Bank of England (2014 Quarterly Bulletin Q3): “Although the monetary aspects of digital currencies have attracted considerable attention, the distributed ledger underlying their payment systems is a significant innovation. The potential impact of the distributed ledger may be much broader than on payment systems alone. The majority of financial assets — such as loans, bonds, stocks and derivatives — now exist only in electronic form, meaning that the financial system itself is already simply a set of digital records.”

Collaborative economies or shared economies are all the rage, so why would ledgers be any different? Economists study the visible hands of planning, the invisible hands of markets, the translucent hands of decision makers, the helping hands of volunteers, and the grabbing hands of governments – and now the sharing hands of sharing economies. People are sharing cars (Uber, Lyft, RelayRides), homes (Airbnb, Onefinestay), oddjobs (TaskRabbit, Mechanical Turk), office space (Liquidspace, ShareDesk). In financial services, we have people sharing consumer insurance (Friendsurance, Guevara), consumer lending (Lending Club, Zopa), corporate lending (Funding Circle, ThinCats), and crowdfunding (Kickstarter, IndieGoGo). One insurer has identified sharing economies as collaborators to sell temporary insurance cover for personal cars used as taxis and homes used as hotels.

In his 1494 treatise on double entry, Fra Luca Pacioli said “frequent audit maintains friendship”. Long-term success of a sharing economy stems from making sure the pie is fairly shared. Without large numbers of people believing the commercials deals struck are fair, the sharing economy fails to develop the trust it needs to thrive.

Regulators are exploring how to regulate the shared economy. The state of New York is considering a BitLicense. The English Channel Islands are mooting standards for distributed ledgers. The persistence and pervasiveness of distributed ledgers make them ideal for providing a regulator with a full transaction record for both oversight and recovery in the case of a systemically important financial institution failing, or for account portability and competition.

If love of money is the root of evil, study of money must be the source of madness. Trust is another maddening, self-referential, elusive concept aligned with money. Financial services exist because of our mistrust of others in transactions. Sharing economies need financial services operations at the core. Well-run banks should have lots to teach sharing economies. However, a centralized third-party banking approach now finds itself competing with a mutual distributed ledger.

So what does the future hold? To mimic another metaphor, it’s probably the “temple of financial services” or the “souk of the shared economies”. In the temple, the high priests of the Blockchain maximalists and the banking traditionalists wage a schismatic war over “the one true coin”. In the souk there is an explosion of vibrant stalls, a frenzy of small shopkeepers engaged in animated discussions about a myriad of ways of trading. Meanwhile, governments try to make taxing the church or the market less slippery. While my heart is with the souk, my head recognizes there may be room for both. A sensible union would be a few, competing, “Blockchain-type” services encircling the globe providing end-of-day validation and recording of transactions, while thousands of mutual distributed ledgers do the work of serving thousands of shared economies.

Professor Michael Mainelli is executive chairman of Z/Yen Group, the City of London’s leading commercial think tank, and principal advisor to Long Finance, a decade-old initiative asking “when would we know our financial system is working?”