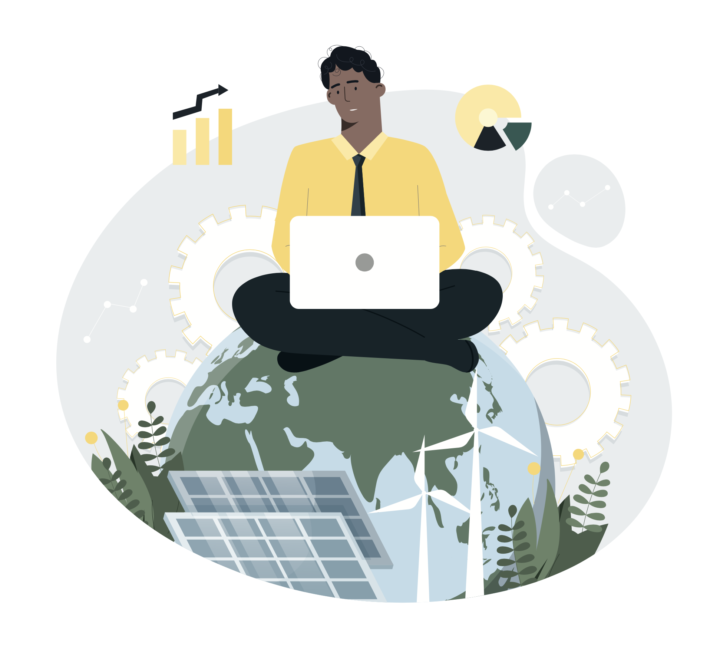 ESG is a seminal concept that requires rapid learning to master.

The problem with being a manager,” said Premier League football coach Brendan Rodgers, “is it’s like trying to build an aircraft while it is flying.”
Rodgers framed in more colourful prose the wisdom of leadership studies pioneer Warren Bennis: “Success in management requires learning as fast as the world is changing.”

And how it is changing. Every generational shift triggers a new dimension to business. Generation X ushered in the computing era; Millennials, mass social media. The Zoomers have again transformed the playing field. Their generation is at the vanguard of the ESG revolution.

“When I said to CEOs, why are you doing this? Why are you talking about sustainability? Why are you talking about social impact? The first answer I almost always got, was, ‘Because my employees want me to,” said journalist Alan Murray, chief executive officer, Fortune Media (USA) Corporation, and author of Tomorrow’s Capitalist: My Search for the Soul of Business, at Duke Corporate Education’s Davos of Human Capital event in late summer.

The transformation has had a long gestation, beginning with Zoomers’ predecessor generation.

“I ran the Pew Research Centre for a couple of years, we did a lot of work on Millennials at that time,” Murray said. “They are much slower to get married than previous generations; much less likely to belong to an organized religion; not big joiners. Their employer was their primary connection to society – so their expectations of their employer were much greater than previous generations.”

Customers, increasingly, have similar goals and values to Zoomer and Millennial employees

Customers, increasingly, have similar goals and values to Zoomer and Millennial employees. Yet some organizations have been slow even to accept the shift. “There is a false dichotomy,” Fran Katsoudas, executive vice president and chief people, policy and purpose officer at Cisco, told the audience at the event: “a belief that you can be good for business, or you can be good for the world; you can play in the purpose space, or you can play in the profit space, but you just can’t do both. Here’s the thing – you can.”
Accepting the transformed landscape is necessary, but not sufficient. Like Rodgers’ constructor-aviator, leaders must learn to build an ESG-ready business while already airborne. Several such sorties have been unsuccessful.

Professor Bill Boulding, the dean of Duke University’s Fuqua School of Business, told The Davos of Human Capital that just 1% of organizations’ commitments to combat racism in the wake of George Floyd’s murder had been fulfilled. Moreover, companies’ conflation of valued social goals with political activism has backfired, Boulding warned. “Companies talking and doing things in the ESG space are now being attacked from all sides, either as being woke, or accused of greenwashing. And you better believe that their CEOs are hearing these attacks. Because a survey of CEOs by Fortune found that 72% of them believe they need to reduce their engagement in political and social issues.”

The event also noted concerns over the measurement of ESG performance, a discipline that, like much else in the sphere, is in its infancy. “There is just so much to be communicated around ESG,” said Michael Fraccaro, chief people officer at Mastercard. “Making sense of it all for the various stakeholders – there’s a lot of ground there. Just as an example, we measure a vast range of metrics, quantitative and qualitative, but measurement is just the beginning – we need to translate what it all means and where we want to be.”

Meanwhile, his fellow panellist Lata Reddy, senior vice president, Inclusive Solutions, Prudential Financial, issued a stern demand for more clarity. “We’re at a moment requiring definition,” she said. “Are we talking about inputs or outputs when we’re speaking of ESG? We need to get clear on that.” Dan Vermeer, associate professor at the Fuqua School of Business and executive director of The Center for Energy, Development and the Global Environment (Edge), said that an unlikely alliance of investors and activists had caused a muddling of companies’ exposure to external ESG shifts, such as climate change, and their potential impacts on the world.

Yet despite the scale and rapidity of learning required to understand, deliver and measure ESG objectives, organizations must confront the challenge. “Capitalism is nothing more than the sum of individual choices,” Duke Corporate Education chief executive Sharmla Chetty told delegates. “These collective choices must be transparent, accountable – and ethical.”

Ben Walker is editor-at-large of Dialogue.