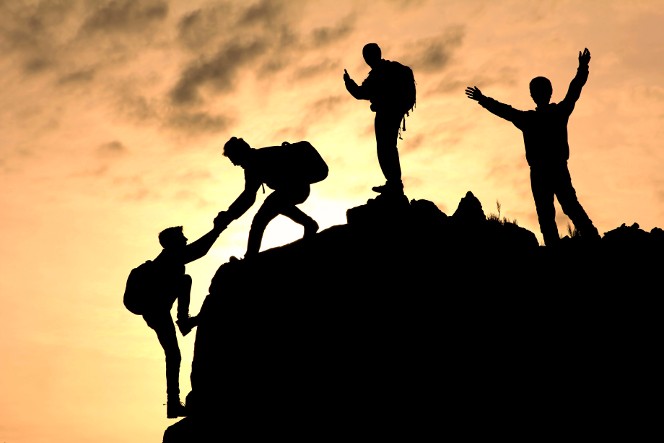 This book is a study in the science of commitment, writes Ben Walker

Have you ever heard of the Microsoft e-reader? No, me neither, and that’s the problem. The truth is Microsoft beat Apple iPad to the punch by several years. Or, rather, it almost did. In 1998, the company’s innovation team produced an early prototype e-reader. It lasted little longer than a single utterance from Bill Gates. “I just don’t like it,” Gates said, thinking the concept a dud.

In response, the innovation team was placed under the watch of the MS Office development team. Instead of coming up with bright ideas for products that could change the landscape of the industry, it was mulched together with developers who were used to daily software updates and quarterly reports. Ten years later, Microsoft had been completed outmanoeuvred by Apple, and analysts readily spoke of Microsoft’s ‘lost decade’.

This salutary lesson is used by Committed Teams to highlight the problems of misalignment – that individuals in notional teams are pulling in different directions, are targeted differently and, thus, have radically different motives. As was the case at Microsoft, the misalignment went far further than product development. A punitive framework for staff who appeared in the bottom 10% of any department’s performance tables meant that intra-team competition was toxic.

“People will openly sabotage others’ efforts,” one engineer told the authors. “I gave the appearance of being courteous while withholding from colleagues just enough information to ensure they didn’t get ahead of me in the rankings.”

Aligning teams – or ‘checking’ as the authors term it – is the second step of the book’s ‘3×3’ framework to create higher performing teams. Commit and Close are the first and final steps. A less grand way of describing the framework might be to summarize it along the lines of: say what you are going to do; check that you are ready to do what you say you are going to do; make damned sure it happens. Like most simple and straightforward strategies, this can be fiendishly hard to implement. This book makes a good job of pointing out just about everything that can go wrong along the way, even devoting an entire chapter to the seven common mistakes you are probably making. I found that I had made all of them at least once. I suspect most managers and leaders have ticked off the lion’s share of them.

Given that getting teams to perform effectively is the key function of any manager, having a clear, practical and easy-to-read book such as this at hand is more than useful – it’s potentially essential. At the outset, the book explores the Ringelmann Effect: the phenomenon that shows that the humans naturally apply less and less effort to a task, the more people are assigned to it. The effect is not immutable – through proper role assignment, well-aligned goals and the avoidance of perverse incentives, teams can be stronger than their parts. But, as the book says, you need to know the rules.