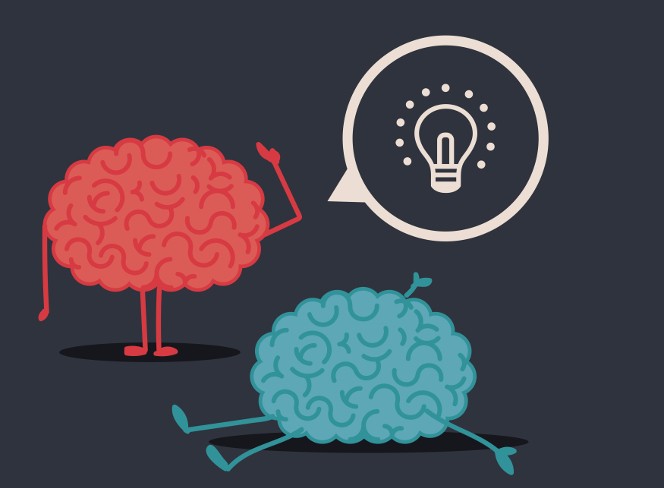 James Dyson is an evangelist for the creative process of change, quoting ‘People think of creativity as a mystical process. Creativity is something that has to be worked at, and it has specific characteristics. Unless we understand how it happens, we will not improve our creativity, as a society or as a world’. Creativity in corporates often defaults to ‘brainstorming’.

If brainstorming sessions are nothing more than an excuse for people to sit in a room, say they are not really sure what to do and then discuss last night’s television, then yes they are a waste of time. In fact, they are worse than that, they are a force for stagnation and serve only to reinforce the idea that there are no original thinkers in the team and that those present are incapable of coming up with any ideas that are interesting, innovative, exploratory or adventurous.

Where brainstorming sessions are allowed to become an environment of devolved responsibility, the phenomenon of social loafing can quickly take hold and encourage people to sit back and idle. If this happens sessions can rapidly turn into a fruitless waste of time that throw up the same old ideas, from the same old people, with the same lacklustre results.

In many instances, brainstorming sessions have almost become the default setting by which every commercial solution is sought or every gap in a conference is filled.

Edison famously said: “Genius is one percent inspiration, ninety-nine percent perspiration.” It seems that today’s brainstormers have gone the other way, somehow hoping to produce maximum inspiration from minimal effort.

While it is easy to decry lazy brainstorming, well-prepared sessions still remain a fast and effective way of originating and developing ideas in a team environment. The key is to use brainstorming effectively so that staff are not just wasting time.

In the first instance, it is essential that those taking part are given some notice and that there is an expectation on each individual to contribute. People should not be encouraged just to think on the spot and spout out the first thing that comes into their head. Instead they should be given time to think things through and bring their cogitated ideas to the table.

There should be someone that can chair the meeting, to make sure that keeping shtoom is not an option and that discussion is constructive. Where individuals have form for contributing little or nothing, managers should not be afraid to apply a little pressure. The office is, after all, a place of work.

Used in the correct way, brainstorming demands that those involved actually consider the issues at hand and voice their opinion as to the best way forward. This serves two purposes.

In the first instance it immediately allows ideas that are no good to be discounted and so long as everybody is putting in their penny’s worth it makes sure that a wide a range of ideas and suggestions is considered.

In the second instance, brainstorming allows for ideas that have potential, but are not fully formed to evolve in a communal environment and develop. It allows for ideas to grow quickly and for everybody to help shape them. It enables them to be questioned, challenged, stress tested and strengthened.

This abrasive but constructive atmosphere helps to see if ideas are really viable and quickly establishes them as potential options.

No matter how good electronic communications get, there will never be anything to emulate or replace the face-to-face environment and the ability it has to allow people to work off each other and this is another facet of brainstorming that helps to make it an effective management tool. That said few monuments are ever erected to committees and the power of the individual should never be forgotten. The truth is that people working alone tend to take more responsibility for their performance and invest more effort in their work.

Studies have also shown that lone thinkers often come up with more and indeed better ideas than those working in a group environment. Giving people the support and encouragement to think freely should therefore be strongly encouraged.

Current commercial enterprise may have fallen under the spell of lazy brainstorming, but that should not see businesses eschew the technique completely. Instead better rules of engagement should be established with preparation time given to those expected to participate and expectation levels established for the quality of their contribution.

Equally brainstorming should not just be the first thing that businesses look to when it comes to coming up with ideas or finding solutions to their problems. If over used or poorly directed brainstorming soon becomes brain dead.