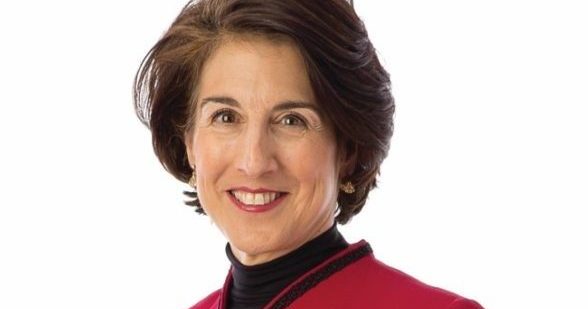 Visionary thinking is happening on the mass movement of people, finds Karina Robinson

Paddington Bear, the ultimate refugee, would never have made it past the recent terrorism and refugee-inspired border controls. Here is one reason for the checks: in the first half of 2017, the Italian Ministry of Interior registered 83,752 new migrant arrivals. This is the highest number recorded in Europe for this period since 2014, with thousands arriving every week in the peak summer months.

Given that large movements of people in search of a better life are going to be an increasing feature of our society, valiant attempts to categorise ‘economic migrants’ separately from ‘refugees’ fleeing war, with rights under international law, are useful only at the margin.

Migration per se is not a zero-sum game where one less migrant means one more job for a local – the local may well be the product of a substandard education. For the many countries with declining working-age populations, lower migration means crops left unpicked, engineering jobs left unfilled and a faster uptake of robots. Dealing with repercussions in the social order, integration, and a host of other issues, is a challenge for us and the next generations. Visionary ideas are needed. I came across two recently.

Former US Secretary of State John Kerry gave the 53rd annual lecture at think tank Ditchley Foundation in Oxfordshire in July. Kerry called for a Marshall Plan for the 21st century by a doubling up of the developed world’s bet on the promise of globalization – not only confined to the developing world, but to the West and wealthy OECD countries – in order to strike at the roots of populism and extremism.

He spoke of the “largest public-private partnership the world has ever seen” by having the West partner with China, busy with its Belt and Road policy of investing in the developing world to boost trade and stimulate economic growth across Asia. Kerry called for a global initiative that would release “some of the $12-13 trillion that today is sitting in net negative interest rate status around the world”. He believes this would strike at the roots of extremism and hopelessness by developing education and job opportunities around the world.

His vision encompassed developing clean energy, which has the potential to become the largest market the world has ever seen, and harnessing the power of technology that is already leaving too many people behind. Rather than reacting to change, the private sector and governments need to do more to shape the future through unified action. Rooting out corruption would be critical to delivering the programme.

The second visionary idea comes from Tolu Olubunmi and the World Economic Forum, which already recognized her a couple of years ago as one of 15 women changing the world. She co-chairs Mobile Minds, an initiative focused on remote-working as an alternative to migration.

For countries with declining populations, remote-working is a way around the political backlash from local populations. Benefits for companies include increased access to talent, cost savings and reduced turnover, while societal benefits include global traffic mitigation and a decreased brain drain from the developing world to the developed world. US-based Olubunmi does not underestimate the challenges of a widespread implementation of cross-border remote work – compliance issues, consistency of fair labour standards and a tangle of employment laws, among others. But as a Nigerian national and a trained chemical engineer who arrived in the US as an undocumented and unemployed migrant, her own story gives credence and lends determination to this globally transformational agenda.

An immigration officer would have judged Paddington Bear as lacking in skills, so not GDP-enhancing. Yet if one could have predicted the value he would go on to add, delivering joy to children and adults alike, he would have sailed through the gate.