Shortly after Steve Jobs returned to Apple in 1997, the company launched its legendary ‘Think Different’ ad campaign. Featuring iconic people who had changed the course of history, including Nelson Mandela, Amelia Earhart, and Martin Luther King, the ads ended with the words: “Because the people who are crazy enough to think they can change the world, are the ones who do.” The campaign helped to reshape Apple’s image in the world and refocus its people internally on what the company stood for, reimagining its products, rejuvenating its culture and rekindling its start-up allure.

Start-ups have captured the popular imagination for decades. The energy of company founders, the ambitious ideas and the chance of being part of something special have a magnetic pull. There is something invigorating about how start-ups move from idea to action while adjusting to an ever-changing reality. Today, even the largest global companies encourage their managers to capture that start-up spirit in a perpetual effort to innovate, stay relevant and galvanize their people.

Meet Pramod Bhasin, founder and chairman of Clix Capital. Reflecting the spirit of Apple’s campaign, Bhasin thinks differently and is changing the world. When he convinced GE’s chief executive to outsource the company’s non-IT services to India in the late 1990s, it was a pioneering move. Nobody knew that he would ultimately lead its transformation into an independent entity, Genpact, making it a global success story. Now, with Clix, he is once again pioneering – this time by simplifying digital lending for the risk-averse Indian market.

At Duke CE, we have worked with Bhasin and his teams at both Genpact and Clix over many years, gaining direct insight into each company’s culture. His work brings to mind the words of the late American civil rights activist Maya Angelou: “The need for change bulldozed a road down the centre of my mind.” For Clix, bulldozing towards change has meant shaping a vibrant organizational culture – and overturning some deeply ingrained industry norms. 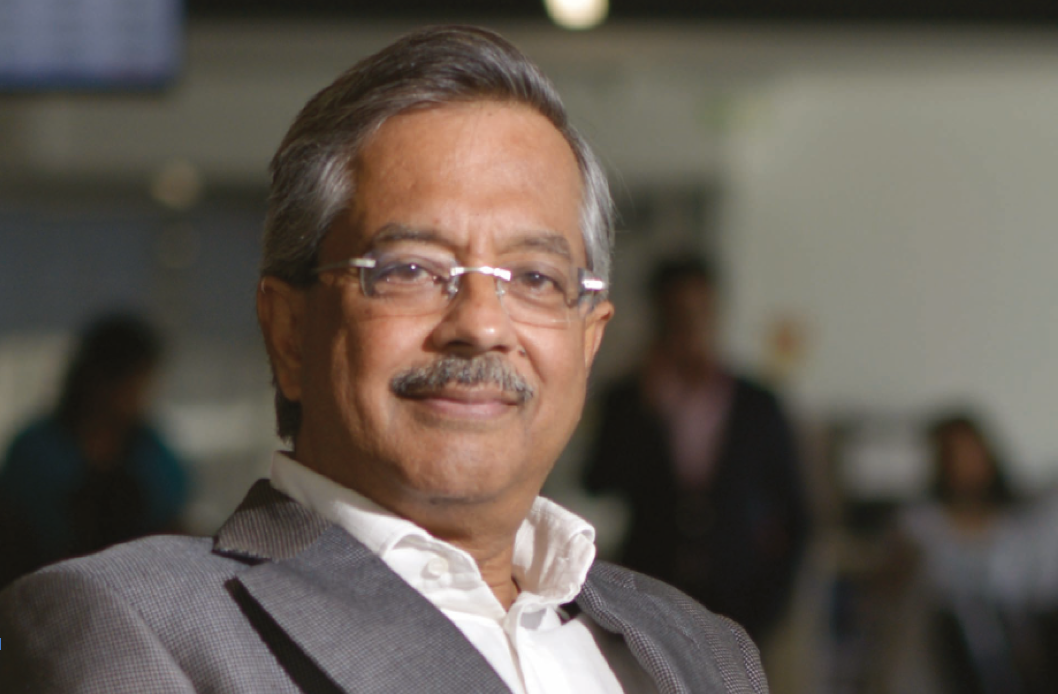 The power of culture

Shaping organizational culture is not easy. Many people have fantastic ideas for improving culture, but retreat to default practices when faced with the daunting reality of implementation. For Clix, that was not an option. Seizing the opportunities spotted by Bhasin meant putting in place both people and practices that could build pathbreaking new businesses.

Bhasin would be the first to say that he has not succeeded alone and that he depends on a diverse team to help turn his ideas into reality. Diverse talent is more than an accumulation of people with the right skills and capabilities: many organizations have top talent, yet still struggle. To capitalize on talent, Bhasin believes that people need a sense of belonging: a reason to be, and an affinity to a cause that calls them to action. His ambitious approach to creating this at Clix shows why a start-up needs to pay as much attention to developing its culture as it does to building its business pipeline.

From entrepreneurial spark to organizational fire

Clix Capital was born from the GE Capital business that Bhasin and his partners acquired jointly with a private equity firm in 2016. The acquisition was the easy part: the difficulty lay in bringing their idea to life while overcoming decades of industry norms.

The financial sector has been dominated by a transactional mentality. For many in the sector, the concept of organizational culture has little meaning. So, while the talented veterans who joined Clix in its earliest days, drawn from 20 different organizations, were eager to be part of a promising start-up, they held fast to what they had always known. They questioned why culture was important, arguing that the company’s focus should be on doing deals – after all, that was how they gained reward and recognition.

Bhasin knew he couldn’t build the company single-handedly: Clix needed its people to develop the ability to challenge industry conventions in order to delight customers. Those employees, he reflects, “often had too much experience and too much baggage from their past companies – so it was clear to me from day one that building our culture was probably the most critical thing we were going to do”.

As the Clix team wrestled with shaping its culture while also meeting growth objectives, it was clear that old industry habits were rigidities to be unlearned if new routines and agile practices were to take their place. Clix’s talent was smart and experienced, so pouring additional knowledge into their heads wasn’t going to work. They needed to experience the power of an energetic group of people creating an innovative culture that could achieve growth as a by-product of being collaborative. As Bhasin says: “We had to embed the willingness to take risks into Clix’s culture and be curious about customers.” Simple enough in theory, but, he adds: “This was not easy, as India, and the financial sector, are risk-averse cultures.”

The catalyst for change was a programme on design thinking. Clix’s top 50 leaders came together for workshops which used design thinking methodology to inspire and help structure the company’s approach to its culture. It is an approach that puts the spotlight on customers’ needs, and Clix’s workshop participants spent time thinking about how they could better empathize with customers; how to define the problems that needed solved; how to ideate and prototype possible solutions; and how those solutions could then be tested and implemented.

In the months that followed, participants practised what they had learned by talking directly to Clix stakeholders inside and outside the business. They developed routines, stories and artifacts – such as posters, innovation zones and Clix memorabilia – that helped reinforce the core ingredients of the company’s nascent culture. The effort was shared with the entire business, helping define and refine ‘how things are done’ at Clix. A collective capability to ask good questions emerged, honed by months of stakeholder ethnography. Bhasin led the way by questioning standard industry practices, he recalls: “Why does everybody need to repay us on a monthly basis? What if we let people borrow as much as they want and repay when they can once they’re approved?” His questions gave permission to everyone in the company to challenge pre-existing practices, stimulating new ideas.

The design-thinking exercise “really opened everyone’s eyes, especially the traditional, highly experienced people – and especially myself”, says Bhasin. The stakeholder outreach work helped turn Clix’s industry veterans, who had previously paid scant attention to culture, into strong advocates for culture-shaping. It revealed significant differences among Clix’s potential customers in how they thought about financial services, prompting Bhasin and his team to realize that they chose to put their customers “all in the same bucket”. This insight has had a lasting impact: “That’s probably a permanent change that can never be reversed, and that’s the greatest benefit for me – to show us a way of thinking which is so different from traditional financial services.”

Bhasin also role-modelled humility. “I have to remind myself every day that I know almost nothing about the financial industry,” he says. That may be an exaggeration, but the point is clear: by admitting fallibility Bhasin was demonstrating the importance of being open-minded, qualities expected of Clix employees as a whole.

Trust, delegation and fear of failure

Clix decentralized decision-making early on, to give employees responsibility for developing an energizing workplace atmosphere. An operating committee was formed – an organic outgrowth of Clix’s rapid growth and organizational maturity – which helped foster an environment that supported the values of grit, curiosity, deep care, experimentation, customer centricity, entrepreneurial mindset, humility and trust.

Key to building trust was overcoming the fear of failure and recasting failure as a learning opportunity. In an industry where risk-taking is not the norm, failure carries social stigma, but Clix wanted employees to experiment, so it sought to rewire people’s behaviour away from harsh judgment and create psychological safety. The design-thinking process and test-and-learn cycles taught people to translate insights into meaningful actions.

Employees were encouraged to celebrate failed experiments and share the lessons learned – and to repeat the process quickly to keep learning and strengthen new ideas. Initially, these were unnatural-feeling acts for Clix’s talent, given their prior industry experience, but over time it became the norm. It is a mindset that has directly informed the company’s product offering. In one case, Clix launched a loan product for women. When it did not get the initial traction they wanted, the company abandoned it – for a while. Ongoing customer conversations affirmed the importance of addressing the women’s market in India, and the initiative is set to be revamped and relaunched.

Another important value was curiosity. Encouraging perpetual curiosity, experimentation and a sense of exploration meant stimulating employees’ appetites for news and information about trends and factors influencing business and society. It was a great way of exciting people about actions that would improve the lives of colleagues and customers. Practising this each day is a bit like honing sporting skills. When you start, the benefits aren’t obvious and obstacles loom large, but as practice continues capabilities improve, and it becomes second nature.

Clix’s early efforts to define its culture were driven by the central business need to get employees excited about reimagining financial services, not by anticipation of a global pandemic. Yet Clix’s culture has served it well since the outbreak of Covid-19. The values of grit and deep care, in particular, have “really come home to roost”, says Bhasin: “The way our teams have come together to achieve results, help each other and their families in times of trouble – and come together to strategize, adapt and change – has been really energizing, despite the doom and gloom we are surrounded by.” Of course, Clix isn’t immune to difficult market conditions and the pandemic has also created a liquidity crisis, which has been challenging. Yet the work put into developing a culture of trust and delegation meant that “the organization hasn’t missed a beat”, says Bhasin – even when a leadership transition left the company “without a CEO for a month or so”.

The story of how Clix shaped its culture reveals an important truth. Company culture comprises intricate threads of individual actions, informal conversations, and unwritten mores which guide acceptable behaviour. Those threads, woven together, create an organization’s social fabric. With the stated goal of making Clix a great place to work, Bhasin firmly believes that the business’s social fabric is crucial, both in enduring through the pandemic and thriving for the longer term. A culture that reinforces empathy and develops a shared sense of a higher purpose is everyone’s responsibility, and adds up to a workplace that is spirited and enjoyable.

Clix Capital is bulldozing conventional mindsets by building a culture that challenges the financial services industry’s transactional mentality, and India’s aversion to risk. That is not easy at the best of times, and it is even more challenging given today’s surfeit of global crises. Yet when nearly half our lives are spent on work-related activities, a company’s culture is a critical influence on how people inside perceive their work, and on how those outside view the organization. Clix shows that, with a little courage, companies everywhere can create organizations that are both professionally and psychologically rewarding.