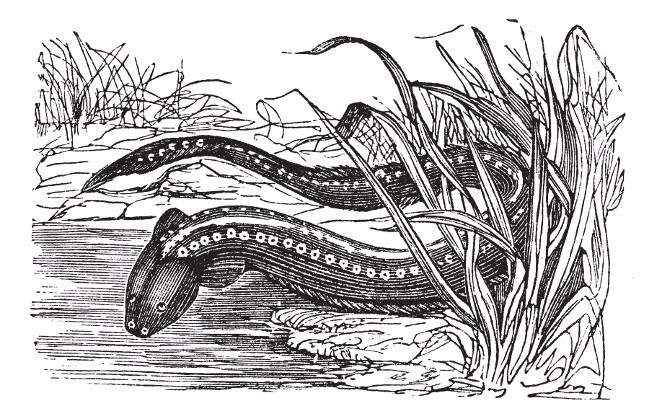 Edith Sitwell, the British poet, critic and eccentric who died in the mid-1960s once described herself as, ‘an unpopular electric eel set in a pond of catfish” and anyone who’s ever pitched for business knows that sometimes, despite your best efforts, you’re the electric eel and the catfish ain’t buying.

Destructive personality clashes can get in the way of winning business but they are easy to avoid. Being aware of other people’s behavioural styles gives you the information you need to adapt your behaviour with people who are different from you, so you get on with them better. And if you get on with them better, they will receive your presentation more effectively. If you know your audience, you will be able to pitch to them in the language and style they feel most comfortable.

There are many well-documented psychological tests to identify the different behavioural styles that people have. The system we prefer divides people into four major archetypes. Here’s how the four different types see themselves.

Expressives: Energetic, creative, open, optimistic and quick on their feet. Easily bored and don’t like detail. Need to be stimulated. Enjoy the limelight.

Drivers: Exacting, efficient, determined, direct and decisive. Have little time for social niceties. Want to get on with it. Hate debates that go round in circles. Want to get things sorted.

Analyticals: Precise, careful, reserved, logical. Will not be hurried. Make decisions based on fact and evidence, not supposition and hunch. Don’t like showiness.

However, there is often a marked disparity between the way we see ourselves and the way that others perceive us. The effect these four groups have on people who are not like them can be alarming.

Expressives: Can be seen as pushy, superficial, prone to exaggerate with no follow through and over confident. Especially irritating to Analyticals because they are so emotive. Expressives fizz about and fall in love with the last great idea they heard about. Naturally enthusiastic, they believe they are the ideas brigade. Life’s entrepreneurs, they believe there’d be no new ideas if it wasn’t for them.

Amiables: Can often be viewed as weak, time-wasting (all that touchy-feely small talk before getting down to business), lacking goals and slow to make decisions. Amiables irritate the hell out of Drivers. But Amiables can knit relationships together and tend to look at the long term.

Drivers: Usually seen by other groups as autocratic, critical, demanding, insensitive and domineering (Drivers don’t necessarily see this as negative!) If you get two Drivers trying to run a meeting you’re in trouble. They’ll both be competing with each other for control of the room. Drivers believe if it wasn’t for them, nothing would get done.

Analyticals: Tend to be seen (especially by Expressives) as stubborn, nit picking, perfectionist, pedantic and unemotional. Again, this type of person wears such labels with pride. After all, if they didn’t dot the i’s and cross the t’s, who would? Other groups can find their pace leaden.

Is knowing this and flexing your style to build better rapport manipulation? Am I asking you to abandon your own personality and become chameleon-like? No. I am only interested in helping you get your message across effectively. You can use these insights to get a sense of who you will be pitching to and how to best communicate with them – couching your idea, your solution in a way that has the greatest chance of  being understood by the client. It puts your thinking into their language and removes any distractions that could get in the way.

In the end, it turns out that the electric eel is not related to true eels but is a member of the neotropical knifefish order which is actually more closely related to the catfish. With a bit of effort, I bet they’d find they had lots in common after all.

Louisa Clarke is a communications, business and branding expert and experienced facilitator with an outstanding track record for new business.