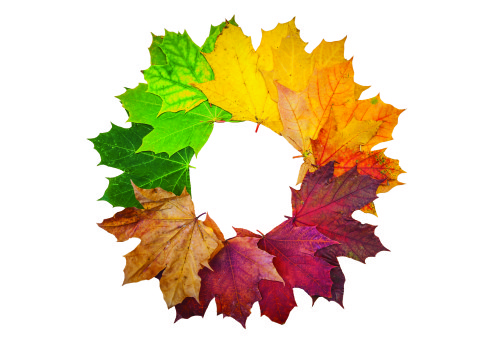 The management thinking of Peter Drucker has outlived its creator and outlasted its rivals. William A Cohen finds out why

Many famous managers from industry and researchers from academia have died since making their names and contributions. Yet while we honour what they have contributed during their careers, many of the techniques and systems they developed have fallen into disuse. Some have died with them. Where have their ideas gone? What happened to Douglas McGregor’s X-Y Theory or Robert Blake and Jane Mouton’s Managerial Grid? Are Bruce Henderson’s portfolio management techniques still in common use, other than in academic courses? In the early 1980s, Japanese Management was all the rage. As it morphed into Total Quality Management (TQM) it faded and today it has largely disappeared. Even TQM is rarely put forward today as the single concept needed for success. While other management principles have vanished entirely, many of Peter Drucker’s management ideas endure. Much of what he said can still be followed with confidence today. Here are three of his classic pieces of thinking.

The case of Theory X vs Theory Y

When the favoured management approach had only recently shifted to participatory management as exemplified by McGregor’s Theory Y (management with the participation of those managed) versus the now unfashionable Theory X (traditional authoritative management), Drucker pointed out that 100% management by Theory Y was never intended by McGregor. McGregor intended and wrote only that both approaches should be examined for use, depending on the situation. When Drucker was challenged as to how he could bring his knowledge and experience to bear in so many different managerial situations and environments, he responded that he did not bring his knowledge and experience to bear in any management problem – he brought his ignorance. Later I learned how he did this in a typical logical and organized Drucker fashion. Still, despite years as his student and studying his methods, I never once saw him draw so much as an economist’s price-demand curve, much less a methodology to classify and predict what businesses or products to promote, and which to abandon. He spoke against any system that excluded a manager’s gut feelings in decision making.

The case of Walter Bennis

Peter Drucker’s friend, the renowned University of Southern California professor of leadership Warren Bennis, was once president of the University of Cincinnati. He implemented participatory management decision-making with little situational analysis under the assumption that participatory management would always turn out well. Drucker commented afterwards that there was a great deal of excitement about Bennis’ thinking, but ultimately it failed. Bennis left academic management to return to writing and teaching, and accepted a professor’s job at the University of Southern California where he became both successful and famous, owning up to the mistake he made earlier and agreeing that – depending on the situation – a more authoritarian style of leadership decision-making might be called for and be more successful.

The case of the Management Control Panel

Systems can be sophisticated. For example, many computer programs have been developed that allow the input of dozens of important variables. One such system is the Management Control Panel – in which the software includes the results from analyses of thousands or more competitive situations such that an accuracy of 99% predictability is guaranteed. In another words, you input the data from your situation using this data into the program and the computer assigns you a strategy based on the conditions of past success. The output guarantees a 99% success rate if the computer-generated strategy is followed. What’s wrong with that? As an augmentation to your judgment, nothing. But if you follow the software’s instructions blindly and happen to be in that 1% failure from the total success rate, your resulting failure rate on that decision is 100%. Drucker felt that managers sometimes depended too much on quantitative models leading automatically to the solution of any managerial problem, when they should have used their own gut feelings. Drucker did not argue that the results from these complex automated systems should be ignored – but that the manager should interpret the results before applying them.

The real ‘Drucker Difference’ which causes his ideas to go on and be adapted years after his death, and will no doubt cause them to continue out into the future, is quite simple. Drucker eschewed the idea of being a guru or concocting any one infallible management system. Rather, Drucker taught us to think.

Adapted from William A Cohen’s book, Peter Drucker on Consulting: How to Apply Drucker’s Principles for Business Success,  published by LID in 2016