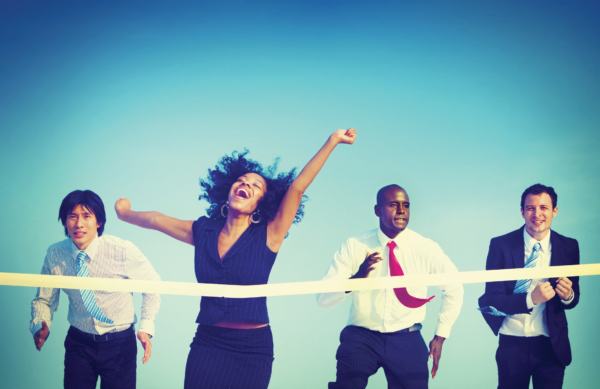 South Africa is still a highly patriarchal society. Inevitably, that affects the way that our businesses operate: and one of the biggest challenges it creates is that women can hold themselves back due to a lack of self-confidence. Many organizations today recognize the need to improve opportunities for women, with measures like parent-friendly policies, gender-blind recruitment, or diversity training. But at Rand Merchant Bank (RMB), we realized we had to go further. We needed a fundamental shift in how women leaders are seen.

A large part of our approach has been to help our female employees grow in confidence. As one woman explained: “How we grew up is important – my family cultured me. I don’t think my mom had a voice of her own, and so I still find myself responding to an older man almost like my dad.” Women’s own beliefs and unconscious biases can become a self-fulfilling prophecy, leading them to compromise their power.

In 2015, seven courageous senior RMB women decided something had to change, so Athena was born – a gender-equality initiative to create an environment where women feel empowered to achieve, and to grow the number of women in financial services in South Africa. Athena is not, however, a women’s conversation: it is a business imperative and it has an agenda that focuses on both men and women. Athena was named after the goddess of wisdom, described by Arianna Huffington as embodying “strength and vulnerability, creativity and nurturing, passion and discipline, pragmatism and intuition, intellect and imagination, claiming them all, the masculine and the feminine” (Thrive, 2015).

One of our first initiatives as the Athena team was to create Lotus, a seven-month women’s programme designed to enable women in the organization to find their personal power and the courage to change the direction of their lives.

The lotus flower is known for its ability to grow through murky waters, emerging beautiful and brilliant. Our programme provides the opportunity for women to get in touch with who they are, to confront their unconscious biases and perceptions of their own power, and to learn how to dial up their natural strengths.

Lotus began with a pilot in 2016 with 40 women, and is now run yearly with up to 100 RMB women on each programme. There seems little question that women, despite being already overwhelmed by work, family and community commitments, feel that Lotus is valuable time spent. But exactly what is the impact of these women coming together on this seven-month journey?

Ask that of the participants, and one word comes up consistently: courage. Women who have spent long periods of time struggling to make important choices speak clearly about finally finding the courage to have the conversation they have been avoiding, to ask for the raise they feel they deserve, to make the role or job-change they have been eager for, or to renegotiate family roles and behaviours.

What has enabled this increase in courage? We believe that there are three aspects: self-insight, asking for help and sticking together.

Self-insight: getting to know me

Getting in and getting on in the business world leaves little time for getting to know oneself. For many women, this was one of the first opportunities to reflect on how they potentially hold themselves back. Many spoke of the value of getting in touch with their strengths: “My strengths are super powers. Instead of trying to be something I’m not, I get better results being me.”

Women at work often try to switch off their emotions because they don’t want to be labelled as ‘that emotional woman’. On Lotus, they learn to embrace their emotions when they realize the powerful insights they bring. As one participant put it: “I believed that it’s wrong to get angry, but actually it’s just a sign that something is wrong.” Through engagement with senior women on Lotus, participants have realized that: “You can be a woman but not a pushover. Learning to use your emotions in a better way is powerful.” The trick is to channel the emotion, not be subject to it. One participant reported feeling “quite liberated… more comfortable with who I am, and that has solved a lot of issues, just like that”.

Not doing it all on my own

The second key aspect is learning how to ask for help. Women talk about having a deep-seated need to be independent and self-sufficient. This plays out, not only in the workplace, but also at home and among their friends and community. Asking for support is seen as a sign of weakness, leaving women to struggle on their own – which also denies others the opportunity to be involved and contribute. The belief that asking for help means they are failing underpins unsustainable behaviours.

On Lotus, women tell us that although they long for connection, the business environment encourages people to jump to solutions first, so they fall into the trap of trying to solve issues on their own. They take a pile of work home and struggle to complete it alone, worried that they will fail and that others might say they’re not good enough. The need for self-sufficiency also plays out in women’s other roles. Many women worry about how their career will be affected by choosing to be a mother, so they put off having children, or keep it secret when they are trying. When they finally make the call to have a child, they often fall into an unsustainable state of “wanting to work like you’re not a mother, and mother like you’re not a worker”.

Traditionally, the mother has had the primary care-giving role in the household. This has historically been supported by workplace policies that give women maternity leave, while generally giving fathers little more than a day or two to bond with his child. Despite a new paternity policy in RMB, many women still feel an overwhelming responsibility to care for their child 24/7, even if this is contrary to what is best for the child, other family members and themselves. The reality is that they cannot be everything to everyone. One new mother admitted her surprise when, rocking her child, she realized how she really felt: “Loving my baby, loving my baby… oh, I’m so bored.” While she was mothering, it somehow didn’t seem right to yearn for the intellectual stimulation she got from working.

Having to be perfect without asking for help can leave women feeling under-resourced, suffering burnout, and lonely. Taking some time for themselves is critically important. Then, when they do come back, they are far better resourced to be “100% okay in every moment”.

As women confronted their own biases on Lotus they realized that: “It is not a bad thing to ask for help. It doesn’t mean you’re failing. I used to always feel guilty. But it’s not selfish to take time for yourself. If you’re happy, the household is going to be happy.” This realization has opened space for others. One woman said it suddenly clicked that “it’s good for your husband to spend time with the kids”; another realized the importance of “making space for your children to become themselves – you can’t protect them from everything”. Ultimately, many of the Lotus women realized that they need to “keep the long game in your head. Stop trying to squish everything into every moment. You have another 40 years”.

The power of the tribe

The third and final critical aspect is sticking together as women. Women appear to spend a lot of time judging each other in the workplace. I clearly remember sitting with a group of women on an early cohort. Coming together on this first day, they were incredibly uncomfortable with each other. The space felt unsafe, filled with judgement and there was a tentativeness around how much they could share with each other. That night, they were encouraged to tell personal stories around the dinner table – and they opened up to each other.

I will never forget what it felt like to sit in a circle the following morning. One at a time, the women admitted to the judgements they had held the day before, and to their new awe of, and respect for, each other. Having had a glimpse of the hardships that existed beneath each perfect façade, they felt a deep sense of community.

Traditionally women have felt that the only way to get ahead in business is to “make it into the social clique that makes decisions”. They believed that, without being part of this clique, they couldn’t progress. Although there are, without doubt, still social structures in the workplace that are male-dominated, women have the power to choose whether they want to seek entry, or to “make your own clique at some point – your own tribe”, as one put it. Perhaps driven by their need to be self-sufficient, women often give up this choice and follow activities that don’t interest them at all. Said one: “I was just following society’s plan. I was following expectations, but I hate golf! What a massive waste of time chasing that little ball!”

As the Lotus women shared and connected with each other, they realized that it is okay to be vulnerable. In one session on unconscious bias, they recognized that “uncertainty and discomfort push us into defensiveness, but we have common issues”. Experiencing this with others helped them realize they were not alone: “It took pressure off and made it okay. It was affirming, it made me more comfortable with who I am.” One recognized that “in accepting who we are, we could create a space so others could get to know you”.

Surprisingly, even though women are known for their natural abilities at connection and nurturing relationships, these are exactly the skills they seem to lose when in the competitive work environment. In connecting with themselves and others they realized that “it’s all about relationships and we need to get better
at this”.

A tribe brings community, but it also has the potential to create exclusion, so it is exciting to hear that these women think of the tribe as a community of men and women: it is “a support group of your peers”; and one that brings responsibility too – that of “becoming role models ourselves”.

The future in your hands

The Lotus programme has helped women to realize they have the courage and determination to make the changes they want in their lives. Although many of the things they struggle with are not easily overcome, the programme has helped these women to feel more empowered and given them the confidence to act.

For the Lotus women, the biggest realization has been to understand that their future is in their own hands. Getting their heads down, working hard and waiting to be noticed won’t work: making change is their job. As they laugh with each other: “Stop waiting for that knight in shining armour. No one is coming, ladies!”

—— Dr Ilka Dunne heads up leadership and culture at Rand Merchant Bank. She was formerly RMB’s head of learning architecture