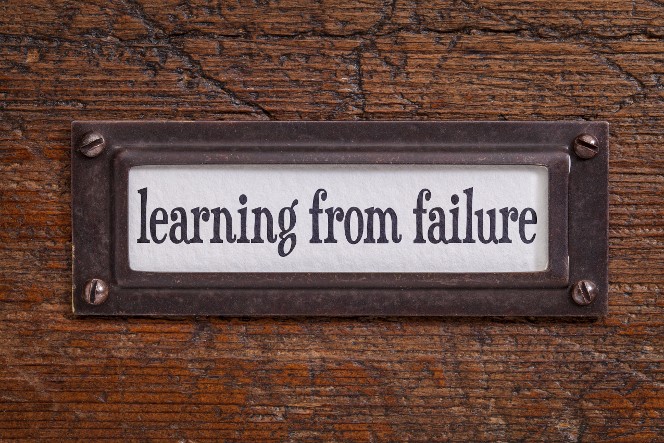 Be wary of those who have never failed. They have never tried, writes MS Rao

A ship is safe when it is in harbour. Does it mean it shouldn’t sail? Similarly, we all have only one life. Does that mean that we shouldn’t take risk and avoid danger forever? No. It is essential to explore and experiment as far as possible. A life spent making mistakes is far better than one failing to attempt anything. The poet George Woodberry rightly said: “Defeat is not the worst of failures. Not to have tried is the true failure.”

People should not regret failure. Life is meant for trying, testing, failing, falling, learning, bouncing and growing towards the goal of success. Don’t treat failure as a stigma. Failure is an integral part of life to make life more interesting and exciting.

A great way to achieve more is to write your failure resume. That probably sounds strange. Everyone talks about success, while few people highlight their failures. Yet “some of the most important and insightful learning is far more likely to come from failures than from success” former Procter & Gamble chief executive AG Lafley says. Indeed, many great leaders bounced back from their failures and succeeded through their tenacity and resilience.

Harvard business professor Rosabeth Moss Kanter notes: “One difference between winners and losers is how they handle losing.” People’s real stamina surfaces when they fail. As long as people are in their comfort zones they may not realize their inner power and potential. Adversity brings out the best in people. Failures make people take stock of the situation and assess their competencies and capabilities when they don’t take failures personally. Failures make people reinvent themselves and change their tools and techniques accordingly.

If you haven’t failed you haven’t taken enough challenges. In fact, failures expand your skills and mental horizons and you tend to think in unconventional ways to anticipate threats from external environments. A failure resume helps both new jobseekers and working professionals analyse reasons for their failures, learn lessons, respect the failures of others – and move forward with empathy and humility.

Five steps to a failure CV

You must learn to document failures to learn lessons and move forward successfully. Here is how to write your failure resume:

Step 2 List your failures in the first column in reverse ascending order of failures, from major ones to minor ones.

Step 3 In the second column, write why you have failed – note whether it was due to internal threats or external threats.

Step 4 In the third column, state how you have failed.

Step 5 In the fourth column, outline the lessons you have learned, to avoid repeating the failure in future.

All career aspirants must write a failure resume to find out what made them fail in their lives, so they can take preventive measures to minimize mistakes and maximize success rate. It is essential to learn more from failures than from success – success may go to people’s heads while failures make them more humble.

Three great leaders who bounced back from failure:

Ronald Reagan grew up in a poor Illinois family. A former trade union leader for the Screen Actors Guild, he was a symbol of determination, whose success was the result of overcoming hardships and challenges. In 1949, his first wife, Jane Wyman, divorced him. His film career was decidedly mediocre. But Reagan did not lose his heart, he entered politics. He lost to Gerald Ford in the 1976 Republican primary campaign. But, even this defeat did not break his spirit. Instead, Reagan learned several lessons out of these failures and setbacks. Each failure made him tougher, stronger and wiser – and enhanced his determination to fight the odds that were stacked against him. In 1980 he was elected President of the United States, and was reelected in 1984, carrying a record 49 of the 50 states in the union, and serving the maximum two presidential terms.

Abraham Lincoln is a personification of hope. He was the first Republican president and 16th president of the US. Yet it took many years for him to taste success. And he achieved success after hitting successive setbacks in his life. He lost his job and failed in business. He was defeated in several early forays in the world of politics. However, he learnt lessons, reinvented himself and grew. The lessons he learned throughout his life helped become the President of the US, evolve as a great leader to win the Civil War, abolish slavery – and restore America’s morale.

Edison failed a number of times. When asked how he felt about failures, he said that he had not failed – but learned a number of unsuccessful methods for creating a lightbulb. He once noted: “I think and think for months and years, 99 times, the conclusion is false. The 100th time I am right. It’s not that I’m so smart, it’s just that I stay with problems longer.” Failures enhance your success rate provided you learn lessons from them and move forward without taking them personally.