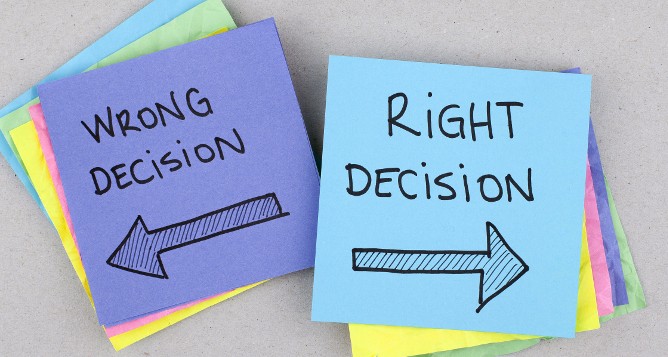 The key to making the big calls is to shrug off influences that trigger your bias and knock your thinking, writes Ben Walker

Leadership and management are, in their essence, a series of judgement calls. Most managers and leaders would probably back themselves to make sensible calls in most areas of business. After all, that’s what they were hired for, right?

Yet, even assuming leaders meet these criteria, they are not impervious to outside influence. Sometimes, these influences are valuable – crucial, even. Listening to – and hearing – the testimonies of your team is vital to good management and leadership. Yet a number of common influences can actively destroy cognitive power when it comes to making the big calls.

The fantastic book Freestyle Decision Making  (LID Publishing 2015, £12.99) documents many of these. Here are five that you want to be aware of – and try to avoid:

1. HALT!  – hungry, angry, lonely, tired: Stands to reason, doesn’t it? Be honest with yourself. If your state of mind falls into any of the four above categories, leave the decision for another day. There’s a common British English idiom that is instructive here: “Let’s sleep on it”.

2. Groupthink. Think collaborative working is better than individual endeavour? You might be wrong. Studies have shown that “herd instinct” can kick in during group-working exercises. Human beings are social animals and most have an instinctive preference for conformity. In some cases, setting different individuals the same challenge then identifying the single best, or blended, solution may give you a wider, and – better – range of options than working by committee. “The rewards of collective wisdom are seldom reaped if group members have been influenced by one another – which is generally the case,” the book says.

3. Fear of failure. Fear of failure is likely to stop you taking any risk – and sometimes prevents you from making any decision at all. In a recent interview with British newspaper The Observer three Michelin-starred innovator Heston Blumenthal warns that fear of being unsuccessful destroys ambition. “All these ideas of success and failure just equal fear of failure,” the chef says. “Judgment of others and blame of others. It restricts creativity. The opposite of failure is discovery. Failure is an opportunity to learn.”

4. Too much information. A fascinating research study examined the public response for subscription rates to journal The Economist. The alternatives were:

Some 16% chose option a – online only. The remaining $84% went for option c. No surprise, you might say, after all what sort of fool would pay the same rate for print only as for the full package? But here’s the rub: when the publisher removed option b, 68% now chose the cheapest option and demand for the full package – presumably the sale the publisher most favoured – slumped. This demonstrated that irrelevant information – in this case the obviously lousy option b – can nevertheless have a huge influence on our decision making.

5.Hypotheticals. Human beings are programmed to make judgements on situations and circumstances that they can relate to, that are – or at least seem – real. There’s a fantastic passage in the book about a variant on the Wason Test. But suffice to say that Stanford students performed fairly miserably on the test in its raw form. When it was recast so they were given the responsibility of a bartender deciding whom to serve alcohol, their scores improved massively.

Want to know more? Click here for Ben’s full-length feature on how to make the right calls