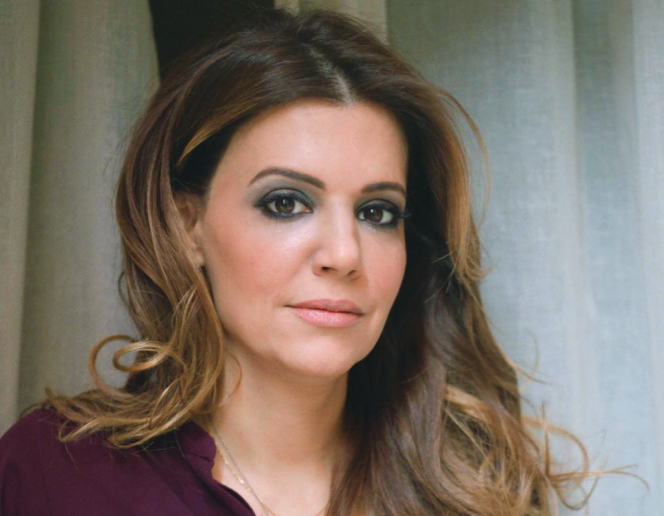 Were it not for an inspirational teacher changing her path, Dr Linda Papadopoulos might never have majored in psychology. Major consumer brands are glad she did

When very young, Dr Linda Papadopoulos wanted to be a journalist, the sort that knows a little about a lot. It was the influence of an inspirational teacher that changed her path, driving her instead to dive deep into the human psyche and help people understand their minds, motivations and behaviour. “I originally wanted to do what you do,” she says. “But you know when you have those moments in life – maybe only one or two – where you meet an erudite, amazing, interesting teacher? I met a psychology teacher like that and I became besotted with it, I completely engaged with the subject.”

She doesn’t see a fundamental difference between the two disciplines. “What you and I do come from the same motivations, right? Being interested in human behaviour. But while journalism describes what is happening, psychology explores why.”

Papadopoulos is a Canadian national of Greek-Cypriot extraction (her parents moved from Cyprus to Ontario in the 1970s, before she was born). Her cultural background from a segregated, conflicted, sometimes war-torn, country runs rich in her blood, informing her passions. “I was from a very young age aware of the horrible things people were capable of doing to each other,” she says. “Psychology tries to understand things that don’t make sense.”

Following her PhD, Papadopoulos rose to relative fame as a relationships expert – appearing on TV shows around the world (she helped smooth over the inevitable conflicts born of incarcerating several twentysomethings in the Big Brother house). She advises the public on issues surrounding dermatology, sex, body image and self-esteem. She’s known to many British readers as a lifestyle coach in the UK edition of women’s magazine Cosmopolitan. But her expertise extends well beyond the tricky area of emotional support into the complex field of consumer behaviour. Why do humans buy the things they do? Global brands such as Dior, Renault, Speedo and Diageo use her analysis to help them understand their customers.

Her worldview, that psychology tries to understand things that don’t make sense, seems appropriate. At first blush, consumerism – particularly the love of brands – makes no sense at all. A Dior handbag costs 100 times more than a similar piece a woman might buy in a high street chain, but isn’t 100 times better in quality. Yet Papadopoulos demurs from the notion that purchasing the designer model is inherently irrational. “The value of something – whether the price is 10 times, 100 times or 1,000 times that of an equivalent – depends entirely on how the buyer decides to value it,” she says. “You might buy into a brand. Take university courses – there are a handful of top universities that everyone wants to go to. Is what is taught there significantly different to what’s taught everywhere else? To some extent, yes, but probably not to the extent that would seem to justify the markup in the pricing. Yet what that markup implies is the projected value that we place on it – and to me, that is what’s interesting.”

She recalls an anti-smoking campaign. These are notoriously difficult projects – most smokers don’t respond to health messages, otherwise they wouldn’t be smokers. Smoking still has a cool image, despite it being a known killer. Yet Papadopoulos turns this on its head: “People don’t smoke to be cool,” she says. “But the traits that are considered cool do tend to be found more in smokers – because smokers tend to be more risk-taking, and less approval-seeking.” The campaign avoided traditional health-hammering. Instead it went for the line: ‘Lose the smoke, keep the fire.’ “It was extremely successful,” she says, “because it was tapping into something that was just beneath the surface. If you can get to a person’s truth – about their identity, about themselves – that affinity is extremely motivating. It makes them feel that they are understood.”

Essentially, she suggests, the process of sharing – and comparing – hasn’t changed in centuries, but the sheer scale of it has. “This notion of comparing is very interesting,” she says. “Whereas before you would look over your garden fence at your neighbours’ cars, now you look on Facebook. People don’t just use social media to connect – they use it to compare.”

So how well are her clients doing at exploiting this quantum leap in scale in consumer comparison? “I think they are getting better,” she tells Dialogue , although she admits that some are doing better than others. What some still fail to grasp, she says, is the importance of the source – that the identity of who is saying something makes a huge difference about whether the consumer believes it. She cites a fascinating study where a focus group heard the same message given by three different voices. The first voice was instantly identifiable – it was the voice of a well-known celebrity. The second voice was unidentifiable but vaguely familiar to the group. The third voice was that of a stranger. The experiment revealed that the group trusted least the voices of the celebrity and stranger. The one they were most likely to trust was the second voice – that of the vaguely familiar speaker. “It was someone they felt they might know,” says Papadopoulos. “They felt some sort of connection with them. And the message didn’t feel disingenuous because the audience didn’t feel that the vaguely familiar speaker had been paid in the same way that the celebrity had.”

The traditional spectacle of ultra-glamorous celebrities being paid millions to tell audiences that they are wearing a particular perfume will fade away, she says. Boffins and bloggers will trump beauties: “What you will see instead is trusted experts being asked about those products, or else hear from people who have written about these things for a long time. That interests me – who we are listening to and why.”

People’s consciousness of full-frontal advertising will be its undoing, Papadopoulos adds: “People see a celebrity saying that a KitKat is their favourite chocolate bar, and they know that the celebrity has been sent a cheque for several thousands of pounds just to say it.” Soon, she predicts, we can expect to see chocolate experts selling the product, “or a voice that is familiar but not so familiar that consumers are suspicious of their message”.

Intriguingly, Papadopoulos herself is the embodiment of the trusted voice – she is both an expert and comfortably familiar. She is also modest. She doesn’t much like being asked about her greatest achievements, a question many interviewees relish. When pressed, she cites the work she has done on dermatology (she worked with the UK’s National Health Service on how stress and self-esteem relate to skin conditions), and the sexualization and objectification of young women (she conducted a UK government review in 2010 on the issue). But one personal milestone stands out. “Becoming a mom,” she says. “My daughter didn’t come easily. And she’s my world.”

We might soon be seeing more of Papadopoulos Sr. She’s keen on hosting TV documentaries covering social change. “Politically what’s happening in the world, I find fascinating,” she says. “The rise of nationalism, how we are vilifying the other – I’d love to look more deeply into that.”

What does she think is behind the rise of nationalist movements? “To some extent political correctness overplayed its hand,” she says. “I’m all for liberty and that’s a wonderful thing. But we lost our way with ‘safe spaces’ and ‘no-platforming’. We just stopped talking. And we felt that we couldn’t talk. Civilization depends on conversation. And I need to be able to talk to you if I agree with you or if I find your views abhorrent, because if I silence you or I ‘no-platform’ you, we are not going to have those conversations, and I think that’s very dangerous. It’s particularly dangerous that it’s happening in institutions like universities where talking should be happening more than anywhere else.”

She sees a restriction of free speech as to blame for the rise of populism: “When a society thinks it can’t talk it chooses the loudest voice – the biggest caricature of what it wants to be. The moderate voices, who should be reflecting their issues, aren’t. That’s why we see Brexit. That’s why we see Trump. That’s why we see a lot of what’s happened in the world. How this moderating of others’ behaviour manifests itself in polling booths, I find fascinating. This vilifying of the ‘other’; calling people we don’t agree with imbeciles. Freedom of speech is fundamental. We should really ask ourselves at times like this whether we should be placing so many restrictions on it.”

Battle of the sexes

Notwithstanding the outcome in France (centrist Emmanuel Macron was elected president as Dialogue went to press), her home nation of Canada has run against the global political tide with the election of liberal Justin Trudeau. As the daughter of immigrants, Papadopoulos says Canada has achieved it by focusing on unity as much as diversity. “I was born in Canada, but my parents knew more about Canada’s geography and history than I did,” she says. “They had to learn a lot about the country, they had to speak the language before they moved there. The Canadians valued our Cypriot-ness. But also they expected us to value our Canadian-ness, and I think that’s where they got it right. You felt listened to, and you reciprocated that. I think that’s lacking in Europe, and in America.”

Yet her sterling defence of free speech doesn’t prevent her worrying about upsetting people. Despite advising millions on sexual politics and the minefield of romantic relations, she’s somewhat reluctant to highlight differences between male and female leadership styles: “It’s a contentious thing to say. Because of political correctness, people don’t want to say there are psychobiological differences between men and women – but there are.” She cites studies on the capacity for risk (higher among males), and suggests that the deployment of the sexes in leadership roles is mismatched to the requirement. “Had more women been at the helm of the banks, the evidence suggests the banking crisis wouldn’t have gone as far as it did,” she says. “I think there is something in it. There are clearly some differences – hormonally there are – and it’s interesting to look at how those affect behaviour.”

Still, she adds the caveat that “gender doesn’t trump personality” – that great leaders appear equally in both sexes, that the ability to enthuse is key, regardless of how you get there. “I think leadership is the ability to inspire and to motivate,” she says, “and I think those traits are probably less prone to gender differences.”

Certainly, the inspiring teacher of her youth changed the path of her life: journalism lost her, psychology gained. But it feels like the course of her career went the right way. Linda Papadopoulos is an explorer, destined to ask not ‘what?’ but ‘why?’