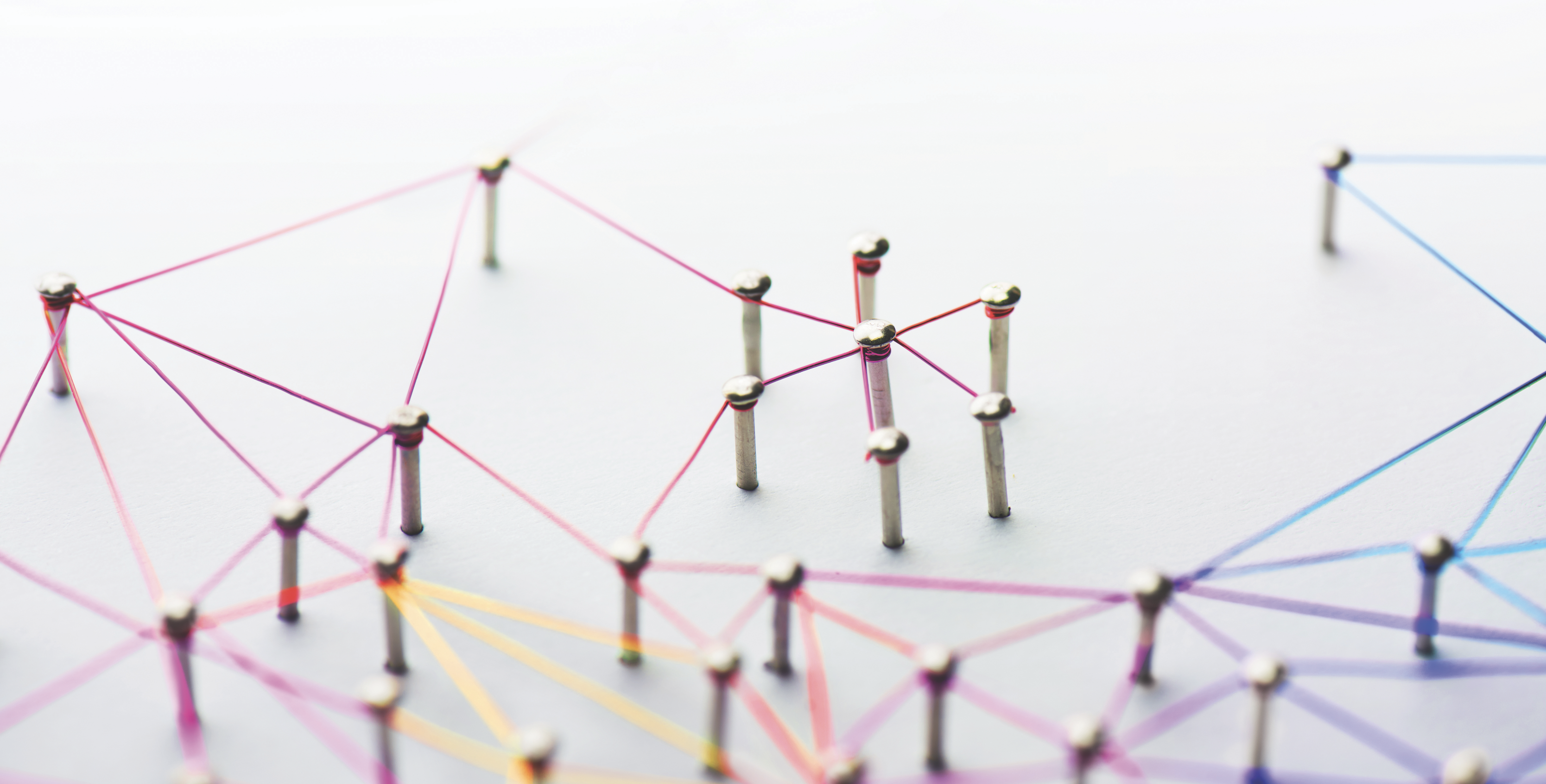 Diversity and inclusion requires a hacker’s mindset. At a personal leadership level, better understanding how the brain works can equip you to build more diverse and inclusive relationships. While corporate and political leaders work to engineer professional and social cultures that are more egalitarian, there are insights in the behavioural sciences to help you break through the barriers of exclusion right now – and to ensure that you have as an inclusive a view of the world as possible.

A great place to start hacking inclusion is social media. Every social media platform’s algorithms are designed to keep us glued to that platform, rather than inspiring diverse, inclusive engagement. Kenneth Gergen, a social psychologist, sounded the alarm as long ago as 1991 about how technology could limit our brain’s ability to think independently. In his book, The Saturated Self, he wrote of an Orwellian world where big tech could reduce us to the point of “multiphrenia”, a fragmented version of the self, manipulated by technology to such an extent that our individual capacity would be lost. “I am linked, therefore I am,” he said, playing on Descartes’ famous “I think, therefore I am”. Little did Gergen know how accurate he would be about the world we find ourselves in 30 years on.

You could begin with your Netflix account. Netflix’s mission statement is: “We promise our customers stellar service, our suppliers a valuable partner, our investors the prospects of sustained profitable growth, and our employees the allure of huge impact.” Nowhere in this statement or on their website will you find, “We want to inspire you to see content that makes you think beyond your culture and your tribal instincts.” In fact, much of their mission, which is similar to all platforms, is to ensure their investors the prospects of sustained profitable growth. They need you to spend as much time viewing their content as possible and less time streaming their competitors. This is where algorithms support their mission.

When I settle in on a Friday night and begin streaming, their system is designed to make it easier for me, requiring as little effort as possible to find content that satisfies my emotional needs. If I’m looking for some comedic relief, I might click on Dave Chappelle and Chris Rock. Netflix begins showing me more comedians who match similar patterns – which basically means, I will start seeing recommendations for African-American comedians. Before I know it, I find myself in a walled-off community of the same type of comedians. But what if I want to watch white comedians such as Jerry Seinfeld or Bill Burr?

This is where technology narrows our view of the world. Once I’m emotionally glued to the platform, any higher ideal, such as opening my mind to other comedians from different cultures, is tossed out by the system’s pressing desire to keep me clicking its recommendations. Social media algorithms are designed to trigger a feeling of being at ease in a familiar pattern. They do everything possible to keep us from spending costly mental energy by thinking critically.

But since I’m aware of the system’s biases, I go into hacker mode. I’ll click on several white, Latino and Asian comedians, press play and slide the viewing timer to the end of the episode. This takes no more than a few minutes but it overrides the narrow goal of the algorithm and begins showing me a variety of options of which I would have never known about – opening the algorithm up to a world of new patterns, and opening my eyes to more diverse options.

In a professional space, similar hacks can be applied to LinkedIn. I have experienced how the content I am shown changes after making a raft of new connections in the wake of events, both when those new connections are predominantly black or mainly white. I have hacked and balanced the system by reaching out to others of diverse backgrounds, ensuring the system was aware of my desire to continue receiving diverse content. Check how many people follow you, as well as those you follow, who don’t look like you. You may discover the system has overridden your desire for inclusion.

As we increase our percentage of time on such sites, we are not only losing personal perception capacity, but the rich bottom-line value that comes from diverse perspectives.

The primary reason we are attracted to predictable calculations and patterns – what I call ‘sameness patterns’ – is that ours brains want to be able to match patterns. They effectively operate on an algorithmic design, following a set of rules and calculations that seek to assess, make sense of and optimize patterns. The brain aims to do this while using as little energy as possible – what behavioural psychologists refer to as cognitive load. To ensure it can get us through a taxing day, our brain stores patterns – the answer to 2 + 2, the purpose of a toothbrush, what should be done at a stop sign – which allow it to operate in relative ease when it confronts mundane, daily tasks. Of course, we enjoy encountering a small percentage of unpredictable patterns: they make us laugh or cause delight. But we simply don’t have the capacity to spend the entire day figuring out basic patterns.

At a basic level, that would reduce our ability to survive. Our brains were wired this way to give us a better chance of competing in the wild. When our ancestors were roaming the savannah and faced with threats like being eaten by predators, it was critical that we could recognize who had our backs, which animals were safe and which sounds meant we could continue playing without fear.

To maximize our chances of survival, we categorized people into groups: ‘in-groups’ and ‘out-groups’, concepts pioneered by Polish social psychologist Henri Tajfel and his colleagues in their work on social identity theory. Tajfel found that people navigate towards, and bond with, groups who share similar characteristics – from speaking the same language to practising the same religion. The primary reason people form in-groups is to create trusted networks and live with the least amount of ‘resistance’, or energy output. In-groups provide efficiency in communications, as well as unconscious feelings of safety and belonging. If someone is wearing the same headgear as us, or a necklace with a familiar religious symbol, the brain will produce calming feel-good chemicals, resulting in a bonded feeling. Faced by clothing that conflicts with your in-group values and beliefs, the brain can release stress chemicals, alerting you to a threat and placing the wearer in an out-group position.

These chemical responses are largely unconscious so they fly under our radar: we rarely interrogate why we navigate towards or away from a person or group. The non-conscious forming of tribal-like groups is fairly harmless and natural, but when the grouping has been institutionalized through policies and practices, negative stereotypes can be reinforced.

Yet out-group members often fall into the trap of thinking that in-group members alienate those on the outside consciously, 100% of the time. Of course, there is no excuse for unjust group behaviour, be it racism, misogyny or any other form of prejudice and injustice. But my experience – both consulting to leaders and being an out-group member for much of my professional life – is that more often than not, the majority of in-group members are very open to bonding with those who are different from them. The question is how.

Prior to the pandemic, I was asked by an insurance company to do a roadshow to inspire their clients to use a percentage of their investments for personal legacy projects. The roadshow was in beautiful South Africa. With just about every group we encountered, I – as an African-American male – was an out-group member on some level. As a foreigner, I didn’t share in the diverse languages and cultures we encountered. In front of predominantly black audiences, my Americanness was a point of difference. In Durban, all but three of the 200 guests were Indian. In the capital city, Pretoria, I was speaking in front of an audience of about 275 white women. When introduced, two people, at most, clapped. As I stood at the podium, I smiled and began to hack inclusion.

It was my job to show that, while an out-group member, we had more in common than they could have ever imagined. I spent the first minutes of my presentation making links and connecting patterns. Knowing the importance of South Africa’s white farming communities, I chose to share my own stories about growing up on a farm and the values that taught me. After highlighting a few more patterns to connect us, I felt tension leave the room. The event was a huge success.

By understanding the power of connecting patterns and how to trigger the release of bonding chemicals in the brain, it is possible to achieve a social connection across apparent gulfs in experience or context. That does not mean ‘sucking up’ to the in-group or to those in positions of power – but understanding how your values and experiences can be deployed to trigger pattern recognition and bonding.

Two behavioural science principles can be particularly useful for hacking inclusion are:

The concept of bundling was popularized by BJ Fogg, a social scientist and founder of Stanford’s Persuasive Technology Lab. Fogg’s idea of bundling is matching a small behaviour you enjoy with something you don’t enjoy or would like to make a change. A simple example: I loathe push-ups, love running. I told myself I can only run once I’ve done my push ups, so I internalize the push-ups differently. The same principles can be applied to bundling values with a group you’re not familiar or comfortable with. Let’s say you’re struggling with connecting to a member of an dominant in-group. You can assess their values and bundle engagement and connection time to lunch or golf or anything you love. The bundling creates a pattern you’ll have to follow to ensure you make measurable contact, ultimately increasing the chance of bonding.

Maya Angelou said, “people will forget what you said, people will forget what you did, but people will never forget how you made them feel”. By thinking about our connections as a sort of emotional bank account, we can think about how to build credit. Make ‘deposits’ into your account with gestures such as sending hand-written thank you notes rather than an email. Such details go a long way in an in-group/out-group situation. When you’re trying to connect to another group, going out of your way to make emotional deposits is one of the most powerful ways to demonstrate that you understand the pulse of the group. This strategy can override the feelings of anxiety that come with allowing an outsider into an intimate group.

Understanding how the human mind recognizes patterns, and how in- and out-group dynamics develop, gives us the basis for rethinking how we engage with others. Rather than waiting for other people to see the value in you, look inside yourself to find data points that you can align with others. It’s time to start hacking inclusion.

Timothy Maurice Webster is a behavioural psychology author and podcaster